In the Footsteps of Gentleman Thief Arsène Lupin 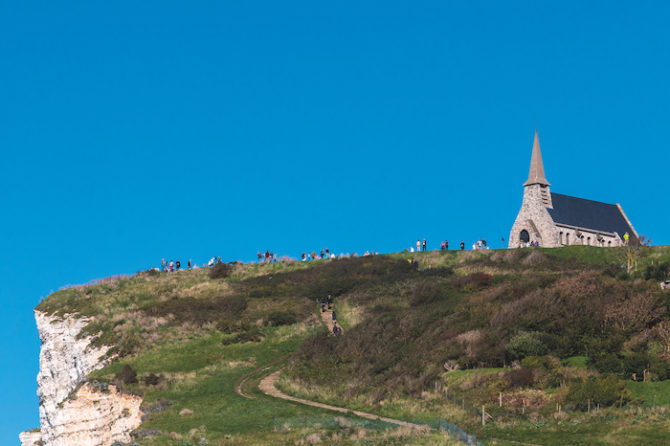 This quiet Normandy seaside town once played host to a Belle-Époque burglar and a wily young detective. Chloe Govan introduces us to France’s answer to Sherlock Holmes…

It’s the land that time forgot. Étretat, all too often overshadowed by flashier, bigger budget beach destinations such as Biarritz and Nice, offers a world of hidden treasures – both metaphorically and according to folklore. Besides being the best seaside town you’re likely to encounter within a 2.5 hour drive of Paris, it is home to an intriguing story – all the wealth of the French kings was said to be stashed in a secret location among the clifftops here, safely ensconced out of reach of many a quick-fingered thief. Yet according to a novel that brings the legend to life, there is one in particular that the royals were desperate to evade – Arsène Lupin.

The Hollow Needle, a 1909 detective thriller by Maurice Leblanc, is set right here by the sea, chronicling the misdemeanours of a larger-than-life ‘gentleman thief’. Lupin was a character created by the competitive Leblanc in a bid to overshadow the worldwide fame of Sherlock Holmes. Yet although his novel was a work of fiction, it was heavily inspired by a real-life legend. 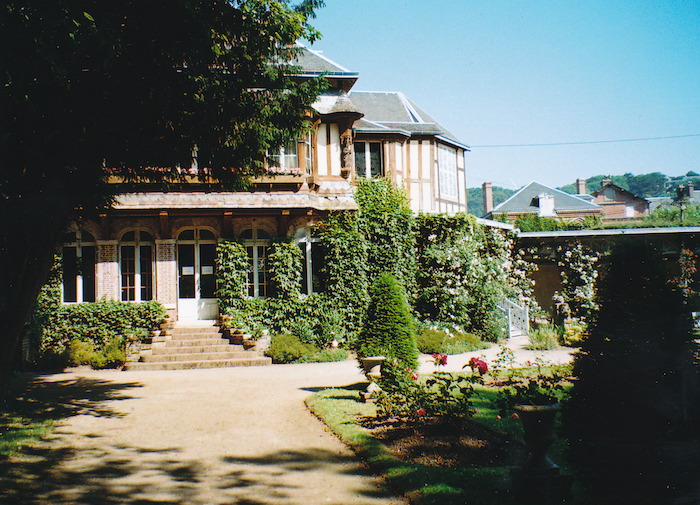 Inside the elusive ‘hollow needle’ lay “the most fabulous treasure ever imagined, a collection of queens’ dowries, pearls, rubies, sapphires and diamonds… the fortune of the kings of France”. Over the years, rumours reached fever pitch, until one man published a book which allegedly led readers to the spoils. Incandescent with rage, Sun King Louis XIV imprisoned him for treachery, masked him to conceal his identity and burnt every copy of his tell-all tome. Yet, after this ‘man with the iron mask’ was assassinated, some say a young palace guard quietly retrieved one of his books from the ruins…

Various tales prevailed over the centuries, eventually inspiring Leblanc’s novel. In it, an earnest young amateur detective named Isidore Beautrelet discovers that Lupin is stealing valuables, replacing each item with virtually undetectable low-value fakes. From paintings at the Louvre to sparkling gems from the royal jewellery collections, nothing is safe. Yet to outwit his enemy, he must adopt his criminal mind-set, becoming the next ‘Lupin, king of thieves’. 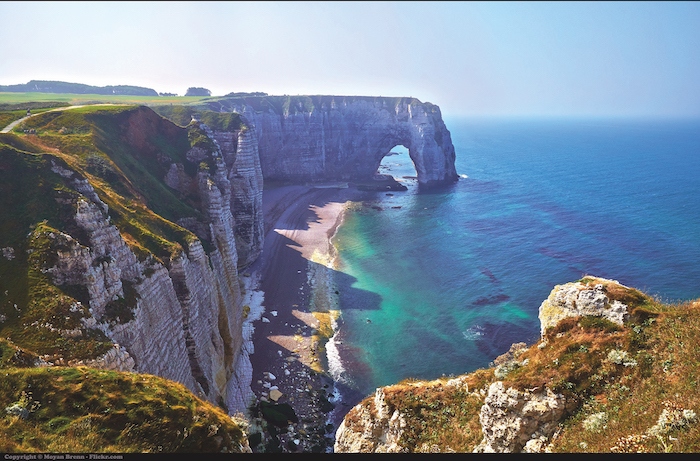 At first, Beautrelet takes the cryptic reference to a hollow needle literally, falsely believing the valuables to be in the Château de l’Aiguille de Creuse. However that turns out to be a cunning red herring, designed to throw the public off the scent. The unexpected twists and turns of the tale reach a crescendo when Beautrelet arrives at Étretat and discovers a secret passageway within a rock formation built into the cliffs. Visitors today can easily identify this exact spot on the coastline, a ‘needle’ shaped like an elephant’s trunk dipped into the sea. Here Beautrelet stumbled upon a veritable Aladdin’s Cave, with original paintings by Botticelli, Leonardo da Vinci and Rembrandt lining the walls. “These are the original pictures, patiently collected in all the museums of Europe,” Lupin gloated, “where I have replaced them, like an honest man, with first-rate copies!”.

Beautrelet had been dead-set on a “war of extermination” against Lupin. Yet now, feeling an unexpected flood of sympathy for the thief, who takes a vow to bequeath the entire collection to France, he agrees to shield him from the armed enemies who are already in hot pursuit. Lupin’s moveable ceiling and submarine escape route assist.

Yet his enemy from previous Leblanc novel Sherlock Holmes Arrives Too Late soon appears. Owing to the rage of the real Sherlock creator, Arthur Conan Doyle – who did not appreciate the unauthorised appearance of his character in a rival’s book – Leblanc was forced to disguise him under the thinly veiled pseudonym of ‘Holmlock Shears’. Like Lupin himself, he was mischievously profiting from the creation of copies. This time around, Lupin’s showdown with Holmlock ends in tragedy, with his protective lover flinging herself between the two men and taking a fatal bullet.

Today there is no hint of past dramas at this stunning spot of coastline – merely the peaceful sound of waves crashing against the cliff. However Étretat is home to Le Clos Arsène Lupin, a museum dedicated to the legendary thief and located in the author’s former home. Leblanc penned dozens of stories, The Hollow Needle among his most famous, and was even awarded the French Legion of Honour for literature.

Fittingly, the quirky Detective Hotel is nearby, with its themed rooms dedicated not just to Lupin and Holmes, but also to Agatha Christie’s Miss Marple and Hercule Poirot. Then there’s the ‘fake’ version, if you will – L’Aiguille Creuse, a hotel named after the ‘needle’ that didn’t actually contain the treasure. It still makes a great place to stay – even if there are no rubies hiding enticingly beneath your pillow!

Why not head to Étretat, by bus from Paris or ferry from Portsmouth to nearby Le Havre (Covid-permitting)? As hidden as the elusive jewels, the seaside town is a gem in itself. There’s more than enough here to justify it as a stand-alone destination in its own right – and nowadays the only criminal aspect is how underrated it is! 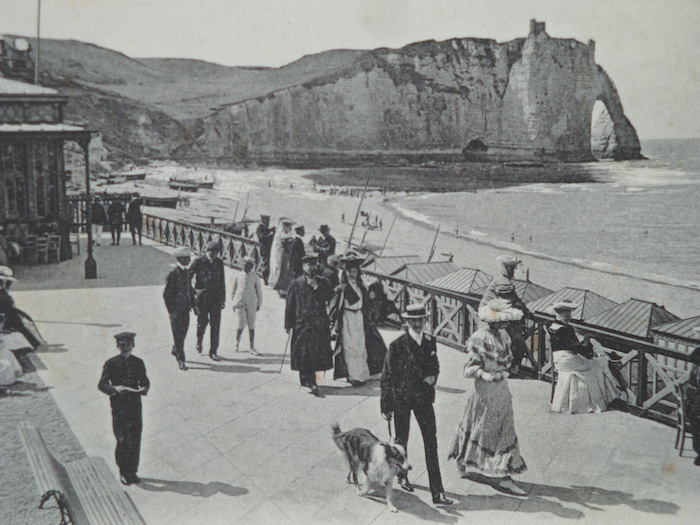 The seafront at Étretat in the 1900s. Photo credit © Wikimedia Commons