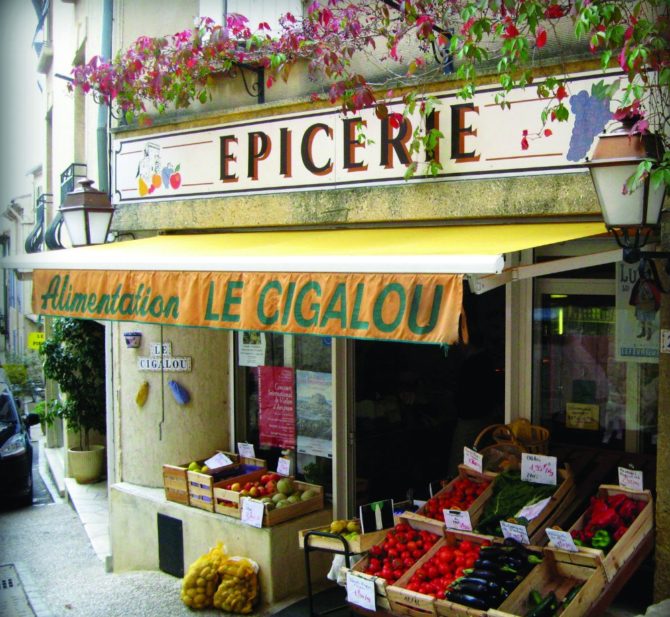 While waiting in the checkout line at le supermarché, I listen to the man in front of me flirt with la caissière.

“Non, je ne suis jamais fidèle!” he chuckles, and his eyes brighten like a predator having zeroed in on his proie. Satisfied with his cheeky retort to the cashier’s question, he turns to the woman in line behind him, and winks.

I don’t return his clin d’oeil, instead I drop my gaze to the floor, where I watch the man’s heels lift, then touch the ground; lift and touch the ground once again – with one, two, three counts of immodesty, baby.

I notice the pimply-faced youth standing next to his flirtatious Father. The poor kid looks as if he’d rather be cramming for the dreadful BAC exam, cleaning out his closet or sitting through a six-course meal with the monks at his private Catholic lycée. In short, he’d rather be anywhere but here, listening to his Dad drag la caissière.

Eventually, la caissière responds to the shopper- seducer’s comment, by way of an abrupt handing-over of his credit-card receipt and a sarcastic smile. With that, our playboy trots off. When it is my turn to be greeted by la caissière, I receive another conspiratorial glance.

I nod, sympathetically, but our conspiracy is short- lived when la caissière switches swiftly back to business mode and fires off the same rote question that had, only moments ago, caused her such a hassle:

Kristin Espinasse writes the French Word-A-Day blog, which she began in 2002. Author of the books Words in a French Life and Blossoming in Provence, she lives on an olive farm near Bandol.