Things to See and Do in Île-de-France 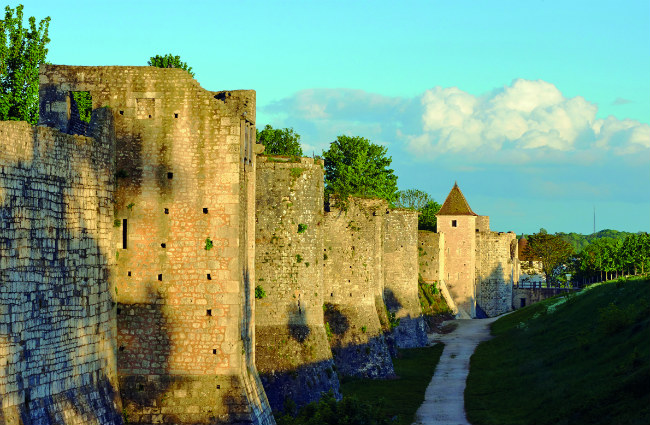 Not-to-be-missed events, historic sites to explore, plus arts, culture and plenty for the family to enjoy

Related articles: Great Destinations: Île-de-France, Haunt of Kings and Artists
12 Most Iconic Châteaux of Île-de-France
Where to Stay and Eat in Île-de-France

Ramparts, dungeons, knights and underground tunnels are all on the bill in the fortified town of Provins. A UNESCO World Heritage Site, it was once the stronghold of the powerful Counts of Champagne and an important market town. Merchants from all over Europe and the Orient flocked to do business at its famous Champagne fairs. You’ll need a full day to roam the ancient cobblestone lanes, explore the warren of underground quarries, the 12th Caesar’s tower and climb the ramparts girdling the village.

Visitors can take a much-needed break from sightseeing at the Roseraie (www.roseraie-provins.com) and indulge in a rose-flavoured meringue washed down with a cup of rose tea (when in Rome…) before taking a stroll in the heady rose gardens. Don’t forget to pick up a bag of rose-infused boiled sweets for the ride home. www.provins.net

In nearby Meaux, the Musée de la Grande Guerre du Pays de Meaux is the largest museum dedicated to the Great War in Europe. With reconstructed trenches and more than 65,000 exhibits, from uniforms and memorabilia to artillery and aircrafts, it delves into the terrible conflict and its toll – not only on the world, but also the Marne region. www.museedelagrandeguerre.eu

The final resting place of the kings (and queens) of France, the Basilique Cathédrale de Saint-Denis was built on the grave of (as you might have guessed) Saint Denis, a Bishop of Paris. A total of 43 kings, 32 queens and 10 servants to the monarchy are buried at the basilica, which rose to the rank of cathedral in 1966. It features more than 70 recumbent statues and monumental tombs from the Renaissance and boasts the largest collection of funerary sculpture from the 12th to the 16th centuries. www.saint-denis-basilique.fr 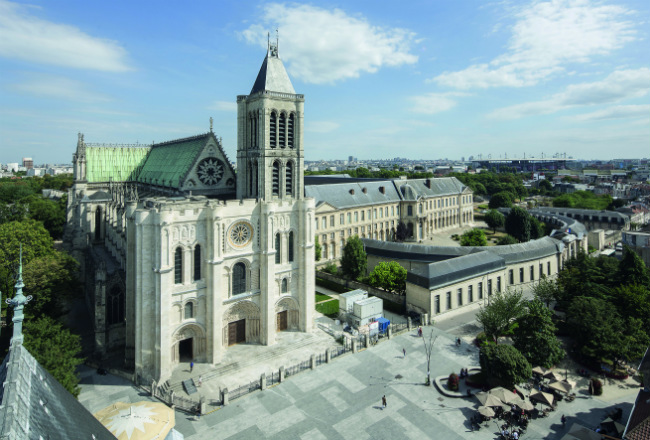 As the stomping ground of artists, Île-de-France has no shortage of museums dedicated to famous Impressionists. Auvers-sur-Oise is a veritable shrine to Vincent van Gogh. ‘Pilgrims’ can pay their respects and see the room where he took his last breath at the Auberge Ravoux, known as the Maison de Van Gogh. www.maisondevangogh.fr

Van Gogh’s friend and physician, Dr Gachet – an artist in his own right – also lived in Auvers and his nearby home has been transformed into a small museum too. Website: www.villeauverssuroise.fr. Auvers was also the home of Charles-François Daubigny, the forefather of Impressionism. His work is on display at the Musée Daubigny (museedaubigny.com), while his former studio (a few metres up the hill) offers an intimate glimpse into his creative world. www.atelier-daubigny.com

After a lengthy renovation, the Château d’Auvers-sur-Oise, an interactive museum dedicated to Impressionism, is to reopen in October 2017. www.tourisme-auverssuroise.fr 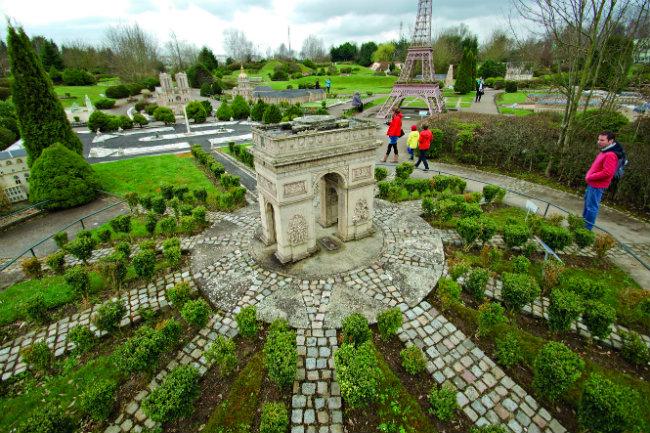 Where else could you lap the Arc de Triomphe in 10 paces? The small, but perfectly formed, France Miniature is a must for a day’s sightseeing

The cradle of Pre-Impressionism, Barbizon should be top of travellers’ lists. Drop into the Barbizon School Museum (www.musee-peintresbarbizon.fr), before heading to Jean-François Millet’s studio up the road. www.atelier-millet.fr

On a completely different note, The Cité du Cinéma in Saint-Denis is a temple to the silver screen. The brainchild of director Luc Besson and based in a former power plant, it takes visitors behind the scenes of some of the greatest movies ever made, with original sets and costumes, including from the Fifth Element and Léon. www.citeducinema.org 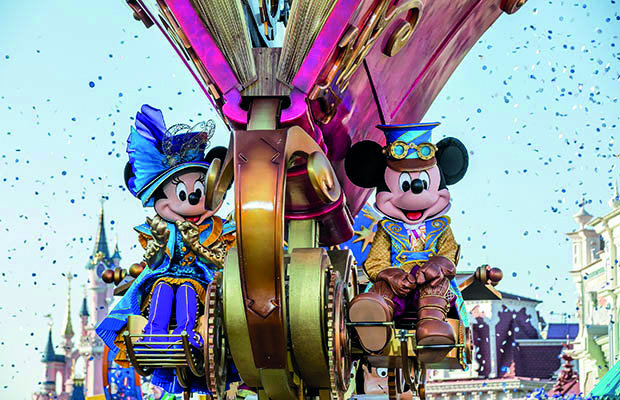 If you’ve got kiddies to please, don’t miss the fun and glitz of Disneyland Paris

Île-de-France is, of course, the home of Disneyland Paris (www.disneylandparis.co.uk), which celebrates its 25th anniversary this year, but there’s plenty more to keep your brood entertained.

The Château de Thoiry Safari Park (www.thoiry.net) and Parc des Félins zoo (www.parcfelins.paris) are firm favourites with young thrill-seekers, while the rather old school, but no less fun, France Miniature allows children to feel like giants as they run around models of France’s most iconic cities and monuments. www.franceminiature.fr

For some sweet relief, head to Moret-sur-Loing’s Musée du Sucre d’Orge. Moret is the birthplace of barley sugar sweets (the oldest type of candy in France), which were produced by Benedictine nuns in the village as early as the 17th century. www.ville-moret-sur-loing.com 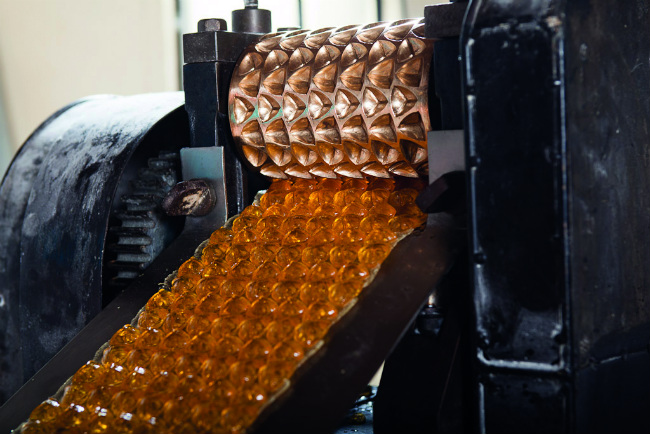 Sweet success: Moret is the birthplace of barley sugar, now enjoyed around the world

Previous Article A New WWI Memorial at Hartmannswillerkopf
Next Article Gateway to Mont-Saint-Michel: All Roads Lead to Pontorson