My Life in Paris: Pet Peeves Laid to Rest

After getting all Balzac from too much coffee, I begin to picture the scene. From my bench in the Jardin des Tuileries, I can almost hear the roar of 6,000 suffragettes, stirred by their champion. There is Marguerite Durand, standing before them, cloaked in lace and black velvet, and rousing the crowd with her radical demands: Equal pay! Gender equality! After all, it’s 1914, and war is in the air.

This time, Durand isn’t padding the message with one-act plays and celebrity cameos. Till now, the former stage actress (and founder of the feminist daily, La Fronde) had preferred making waves with an altogether softer touch: theatre lectures, postcard campaigns, and photo-ops with her tame lion (ironically named Tiger). But this time, she implores her followers to bid riddance to prudence and toss caution to the wind.

“Do you see the lion?” she says. “That lion will live among us and become accustomed to our manners, which are good! There is no job too big for women to tackle! A woman could easily fill the office of President of France!” she cries, urging her fellow frondeuses to take action.

The pet lion was more than just a bizarre indulgence. Along with advocating improved conditions for women, Durand had focused on even more housebound members of the domestic scene: the family pets.

Not only did they, too, deserve better treatment, but they also deserved a better ending than to be dumped in the river Seine or a trash bin, or having their ashes scattered in some fountain at the Jardin du Luxembourg. They should wind up somewhere that was not only hygienic, she thought – but also scenic and romantic. 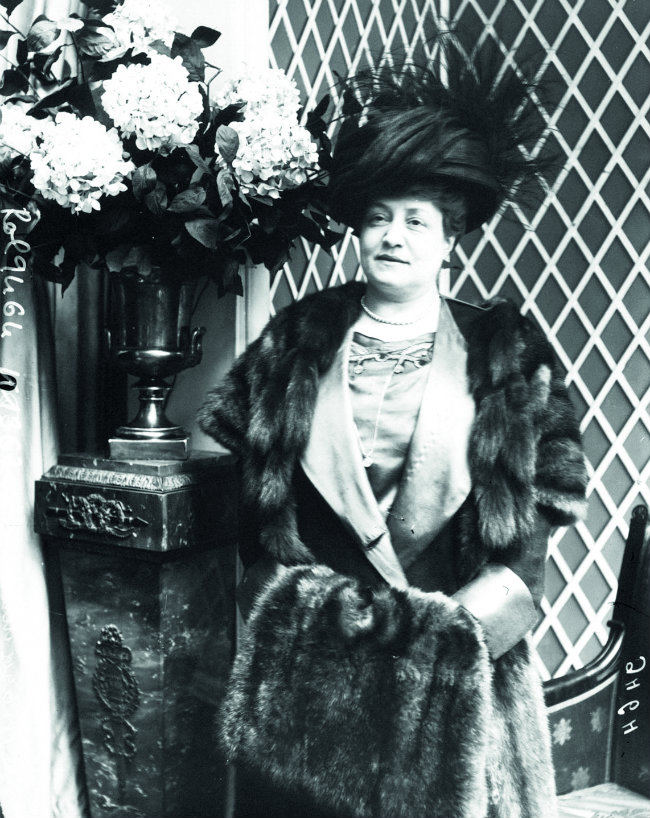 Within eight years of its 1899 launch, 4,000 pets had been buried there. Picture postcards showcasing the burial ground in all its dappled glory lured animal-lovers and curious pilgrims alike to come and pay homage to their dearly departed.

Sometimes it’s true that if you build it, they will flock. Me included. To stay in my Durand reverie, I head to the north-west suburb of Asnières-sur-Seine.

By now, some 40,000 pets have been buried here, and there’s a tale at every bend. Passing under its Art Nouveau entrance, I’m greeted by a monument to Barry the Saint Bernard. Between 1800 and 1812, the inscription reads, heroic Barry rescued 40 people from blizzards in Saint Bernard Pass, dying tragically trying to save the life of the 41st victim claimed by the snow and ice.

The well-worn dirt path past Barry’s massive monument leads to a maze of moss-covered tombstones, urns, and sculptures dedicated not only to cats and dogs, but also assorted birds, rabbits, mice, hamsters, horses, monkeys, turtles, fish, sheep, foxes and at least one shark.

Dozens of stones later, I spot one marking the grave of Dolly, a savvy parachute jumper and message-carrier for the French Resistance in World War II. Close by her is the final resting spot of the original Rin Tin Tin, a real-life hero of the First World War before becoming the ruggedly handsome silent movie star. Continuing the cavalcade of military markers, here too is Napoleon’s favorite three-legged boy wonder, Moustache. And not much further along is Durand’s photogenic pet lion, Tiger.

As I stand gazing out on this field of heartfelt gestures, surrounded by all these stone testaments to courageous fur-faced feats, it’s quiet enough to hear a Milk Bone drop. Where is my own pluck? I wonder.

But Marguerite Durand began here. And so, too, will I. Inspired by Marguerite and the many others that followed her, I will find my voice.

As one epitaph here wisely puts it: “Bijou was not very large but he had good teeth.”

And if that fails, I’ll fetch a big stick.