Planning for Paris: What’s New in the French Capital 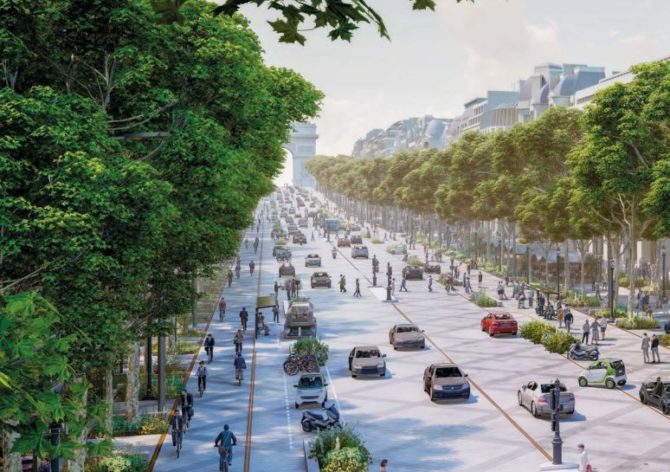 Despite the events of the past year, the City of Light has not stood still during this time. In  fact, conversely, there have been some fairly major changes – and we think you’re going to like them. Caroline Harrap on developments and future plans…

If, like most people, you haven’t been able to visit Paris for a year or more, you may be in for something of a surprise when you return. Because, despite lockdowns and various other Covid related restrictions, the French capital has not been idle. In fact, it’s undergone quite a transformation.

For a start, as well as adding some 50km of new cycle lanes across the city – a project already under way but accelerated by the pandemic – Paris Mayor Anne Hidalgo has also surged forward with her plans to reduce the amount of traffic. Last year, the iconic rue de Rivoli, which crosses through the heart of the capital, became the latest in a growing list of places now off-limits to cars. This follows the banning of vehicles from the banks of the Seine as well as enhancements at other key sites to make them more pedestrian-friendly. 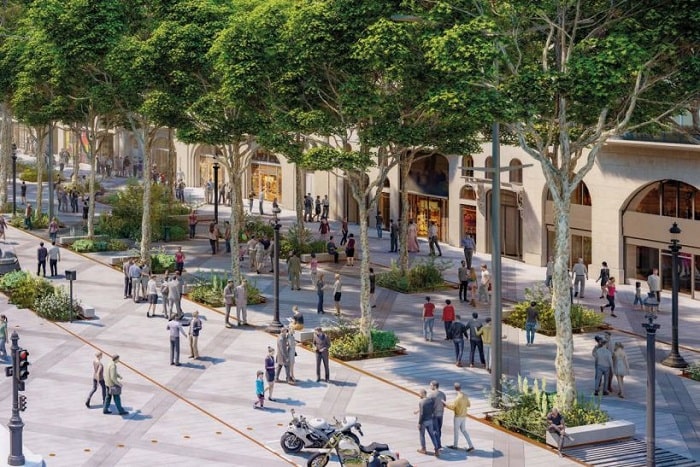 ChampsÉ lysé es and l’Arc de Triomphe, set to be transformed by greenery by 2030. © PCA-STREAM

Looking ahead, the famed Champs-Élysées is set to be transformed over the next decade or so into an “extraordinary garden”, with space for vehicles reduced by half, while the area around the Eiffel Tower is itself currently undergoing a green makeover. Elsewhere, new ‘urban forests’ are to be planted across the city.

“This crisis has been a huge trend accelerator, for innovation with faster digitalisation, especially for events, but also for sustainability,” says Corinne Menegaux, director of the Paris tourism office. “Parisians, but also visitors, want more than ever to enjoy the benefits of ‘slow’ tourism. The city has already engaged in a huge transformation to meet these expectations: more spaces dedicated to pedestrians and sustainable mobility; significant greening of streets and rooftops; and that’s not to mention the commitment of hotels and chefs to a sustainable food supply. For example, the largest urban farm in Europe was inaugurated in the 15th arrondissement last year.

“All this year, we have still been working hard with industry professionals to get through this period and be ready when the time comes. And we are. We can’t wait to welcome back visitors.” 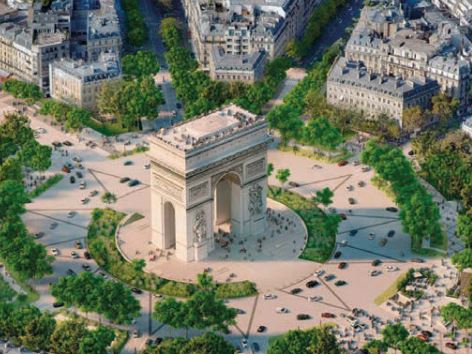 While this green revolution is certainly one of the most important changes under way in Paris, it is by no means the only one. Another key development – and one that’s been a direct result of the pandemic – is that the cafés, bars and restaurants have been allowed to spread out onto the sidewalks, and even into the streets themselves, giving the city a very different feel.

Needless to say, the Parisians have been highly creative in furnishing these additional outdoor spaces, with everything from painted wooden pallets and hanging baskets to strings of coloured lights, meaning the capital has, at times, resembled a giant summer festival. In fact, so successful was the scheme that it is hoped these expanded terraces may become a permanent fixture.

Even now, with the restaurants closed again [at the time of going to print], they have still been allowed to do take-outs from their doorways, and this in itself has created an interesting dynamic. In this latest set-up, the city has felt more like a sprawling Christmas market with steaming coffees, vin chauds and hot chocolate being dispatched alongside whatever dishes can be recreated in a portable format. 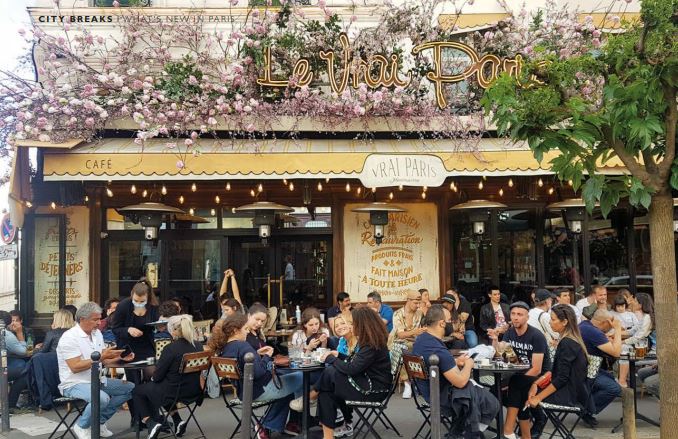 “Overall, the restaurants have adapted very well to this rapidly changing situation,” says Xavier Denamur, who owns several popular cafés in the Marais. “In particular, the new terraces – or terrasses éphémères as they are known – were a great success last summer.

“The city felt almost like Madrid or Barcelona, which created a lovely, holiday atmosphere, and it is hoped the same will happen once we can reopen. The restaurants have also adapted in other ways, with different ways of working. For example, we will be introducing QR-code menus, to minimise the risk of transmission, and we’ve also changed our opening times to be more suited to locals. But the extra terrace spaces, especially, have made a huge difference for everyone, and it is hoped that these will become permanent. They have been a good thing for business – and a good thing for Paris.”

On a general note, it has also been interesting to witness some of the wider trends emerging over the last year. Perhaps one of the most surprising of these is just how well the capital has adapted overall. 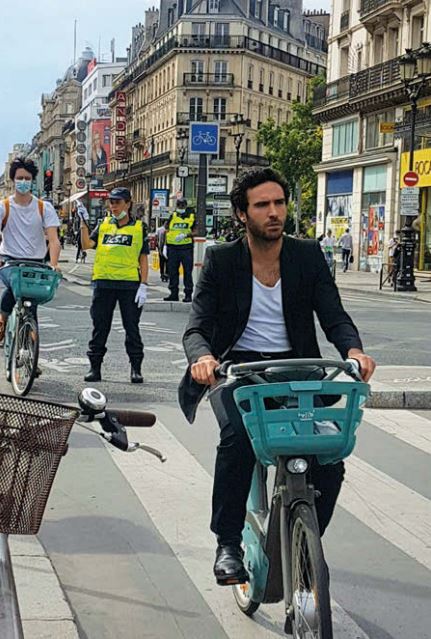 Sometimes described as a ‘museum city’, Paris has often been accused of being stuck in the past, but it seems to have pivoted to the ‘new normal’ with relative ease.

Certainly, the museums (when permitted to open) were super-quick to adapt – and did so very effectively. As well as measures such as timed entry slots, they also enforced strict crowd-control procedures. For the most part, the shops, boutiques and department stores have risen admirably to the challenge, too, with limits on numbers and ample sanitising hand gel stations.

Even the residents themselves appear to have embraced the new, more outdoorsy lifestyle brought about by the pandemic – and, in particular, the greater connection with nature. During the first lockdown, many commented on the peace and quiet, the clearer air and how they could hear the birds singing for the first time. Now, the parks, gardens and green spaces – along with the extra cycleways and newly pedestrianised areas – have never been more appreciated.

“I think visitors who have been away for a couple of years will really notice the change,” says Emma Pearson, editor of well-known website The Local, which reports on France’s news in English. “In general, the city feels more open and more spacious – although, of course, that is also affected by the loss of tourists.

“While this has obviously been terrible for tourist-related businesses, for locals it’s actually been quite nice – and, recently, I’ve been meeting up with friends and going for long walks through some of the more touristy areas that we’d normally avoid. It’s been great to see a different side to Paris, especially topped up with a few vins chauds from the many takeaway stalls that have popped up.” 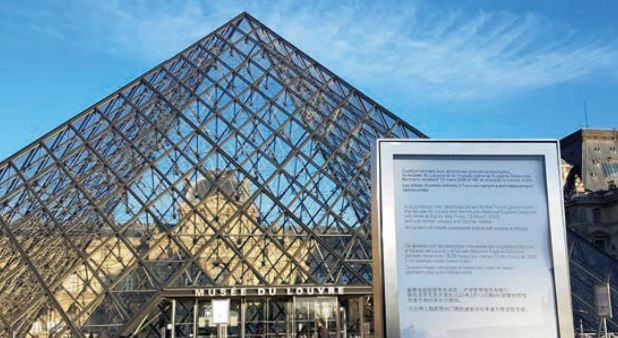 Once everyone can finally travel again, there will also be some other exciting new treats on the horizon. For example, a whole swathe of museums will be reopening their doors this year following major renovations – ranging from the Musée Carnavalet, which tells the history of Paris, to the former home of Victor Hugo, and the Paris Sewer Museum in Quai d’Orsay, for those who want a decidedly different view of the City of Light. Also, the Louvre, for once devoid of crowds, has seized the opportunity for a grand refurbishment.

Then there’s the brand-new gallery set to open this year, the Bourse de Commerce, which will host the Pinault collection of contemporary art. Also hotly anticipated, the iconic Art Deco department store, La Samaritaine, is due to reopen – complete with refined shopping, a range of restaurants and a swanky hotel. And that’s not to mention the expansion of the public transport network into the suburbs and the forthcoming facelift of Gare du Nord. 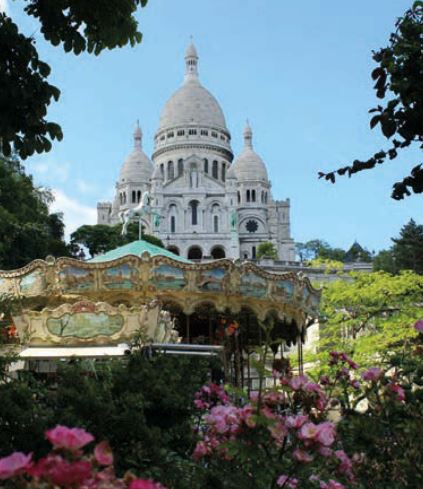 Perhaps most excitingly of all, though, we are now starting to see the first tangible preparations for the Paris 2024 Olympics. Among the projects getting under way this year in Seine-Saint-Denis, just to the north, are the Olympic Aquatic Centre, the athletes’ village and the media village. And in the heart of Paris, the Grand Palais Ephémère, which will host many of the major events, will also be inaugurated.

“2021 is the year we become the next Olympic and Paralympic nation for the Summer Games after Tokyo,” says Michaël Aloïsio, the spokesperson for Paris 2024. “Our ambition: to open wide the doors of the Games to make Paris 2024 the project of an entire country. The ultimate goal behind all this is to unite all of France behind a positive project. We need it now more than ever.”

Certainly, the Olympics are going to make a very welcome diversion from the events of the past 12 months or so. But, in the meantime, the city is eagerly looking forward to the moment it can welcome back visitors. And with mass-tourism not expected to reach pre-lockdown levels for some time yet, now could be the perfect moment to start planning your trip to a greener, more serene Paris.