The Heritage of Marseille: 5 Things We Love about the Southern City 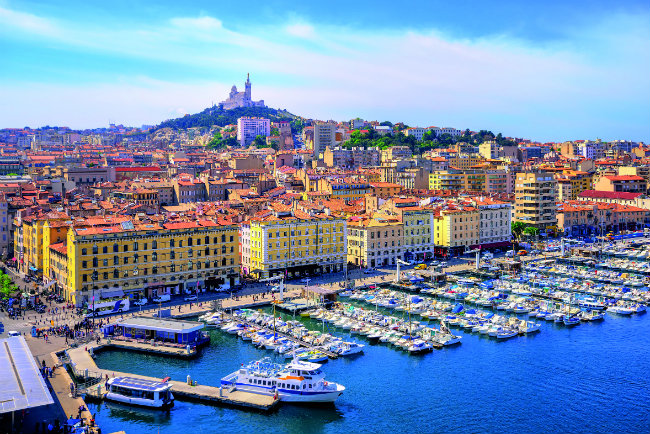 Once a diamond in the rough, Marseille is fast becoming the go-to destination on the Mediterranean coast. With history aplenty, breathtaking coves and edgy architecture, it’s little wonder…

Perched 154m above the city on a limestone outcrop, Notre-Dame de la Garde affords a sweeping 360-degree panorama of Marseille and its historic harbour. Regarded as the guardian of the city and protector of sailors and fishermen since the Middle Ages, hence its “la bonne mère” (the good mother) moniker, the 19th-century Romano-Byzantine basilica is undoubtedly its crown jewel. But you’ll have to brave the steep climb up the pine-lined hilltop to behold the breathtaking view and glimpse the church’s opulent altar. If the prospect of a trek in the sweltering heat doesn’t appeal, you could hitch a ride on the funicular and be done with it…

Stretching 20km along the shoreline from Marseille to Cassis, the Calanques National Park offers a secret network of crystal-clear coves nestled between craggy headlands. Marseillais cherish the Calanques and never miss a chance to soak up some rays in its secluded creeks or wind their way along the park’s dramatic cliff paths in the summer months. The promontories have been protected since 1975 and shelter an extraordinary wealth of flora and fauna: 900 plant species, Europe’s largest lizard and longest snake (the 2m Montpellier serpent). Consider yourself warned! 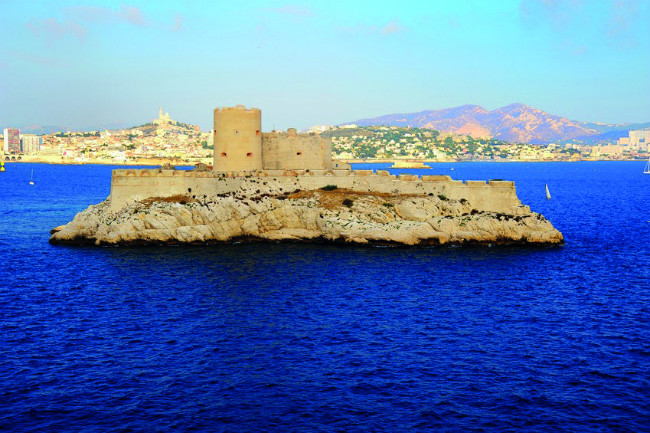 Located 3.5km off Marseille’s sun-dappled coast, this formidable sea fortress was immortalised in Alexandre Dumas’s classic 1844 novel The Count of Monte Cristo, in which the wrongly-imprisoned hero breaks out from the island gaol in quite a spectacular fashion. Many political prisoners were incarcerated here in the 19th century, including the Revolutionary hero Mirabeau and the Communards of 1871. Fun fact: an ‘if’ is a yew tree, so it literally means ‘yew tree castle’. Worth a visit if only for the stunning vista of the Vieux Port…

Love it or loathe it, Le Corbusier’s Cité Radieuse is a dizzying feat of architecture and design, and is pretty hard to miss, towering as it does at 165m. Dubbed “Maison du Fada” (house of the crackpot) by nonplussed residents in the 1950s, it is fair to say the concrete monolith split opinion and still does today. Though, since it was awarded UNESCO World Heritage Site status, many have come round to its stark brutalist edge. Far from a bog-standard high-rise, the cliff-like stack of 337 flats is a self-contained ‘vertical village’ with shops, offices, a hotel, restaurant, doctor’s surgery and even a nursery school.

Over the decades savvy filmmakers have shunned the glamour and sparkle of the Riviera for the unassuming charm of Marseille. With no fewer than 478 movies, TV series and ads shot on its picture-perfect azure shores in the last decade alone, it has earned its stripes as the second most filmed city in France. In 1960, Jean-Luc Godard turned the lens on the humble nook for his seminal classic Breathless. Luc Besson too set his iconic comedy franchise Taxi in the southern outpost. And the historic harbour has lent its backdrop to countless blockbusters including Love Actually.