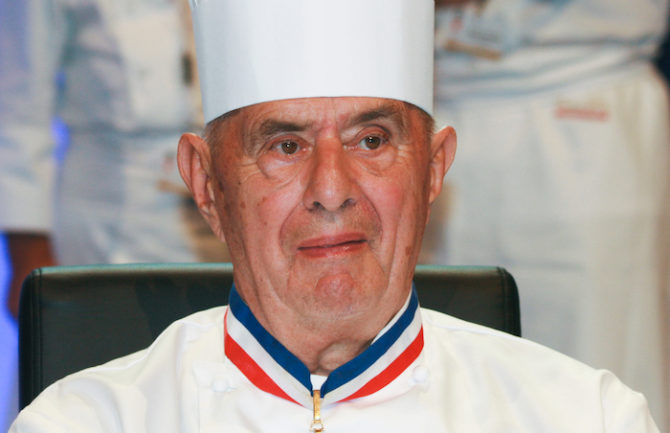 What is a Meilleur Ouvrier de France?

The phrase means “best craftsman of France” and it is a title bestowed on only the best of the best. Famous title holders include the late chef Paul Bocuse and the chocolatier Jacques Torres, and there are many others.

The MOF was created in 1924 as a way to encourage artisans, as well as to preserve and promote traditional crafts. Awards are made in over 200 categories. Some are well known, like baking and pastry making, while others are more obscure, like boiler making and piano tuning. There’s even one for those who make dentures!

How Do You Become an MOF?

Aspiring MOFs compete in a concours held once every three or four years, depending on the craft. Each competitor is given a set of extremely demanding tasks that require mastery of technique. To win, it is said that competitors must “approach perfection.” And not only are they judged on their result, but also on their methods, speed, and savoir-faire, all while having judges scrutinize their every move. 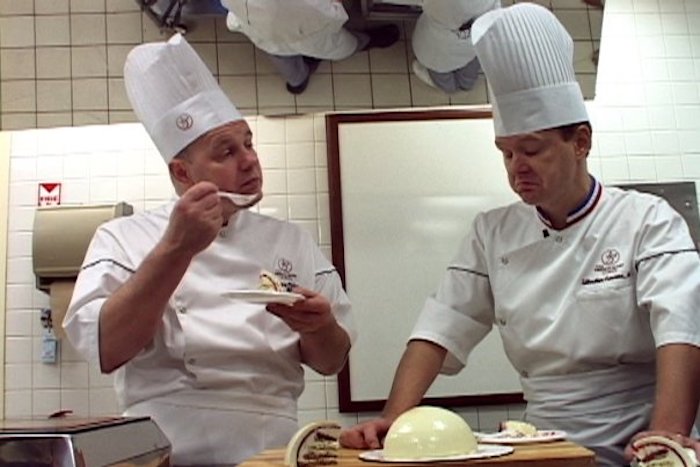 To give you an example of what a concours is like, chefs competing recently in the gastronomy category were given five hours to complete three complicated dishes. Each chef was paired with two young assistants they had never met before, and every dish had to be completed at a precise time. It was pressure city!

The pastry competition can be even more grueling—in 2007, the competitors had to prepare an entire wedding buffet over a three-day period. A film called Kings of Pastry was made about the concours, with all its glory and heartbreak (warning: men sobbing). Here’s the trailer.

Unlike other honours, those vying for the MOF are not competing against one another, but rather against a standard of perfection. In any year, every competitor can receive the award — or none can. And it is so hard to become an MOF that fewer than 100 titles are awarded per year — in more than 200 categories. 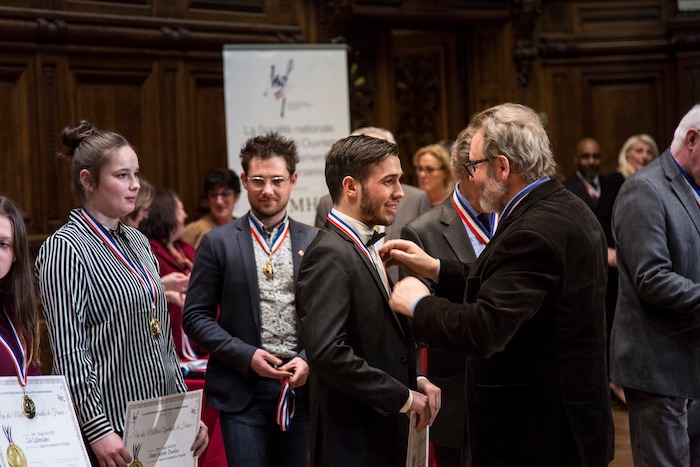 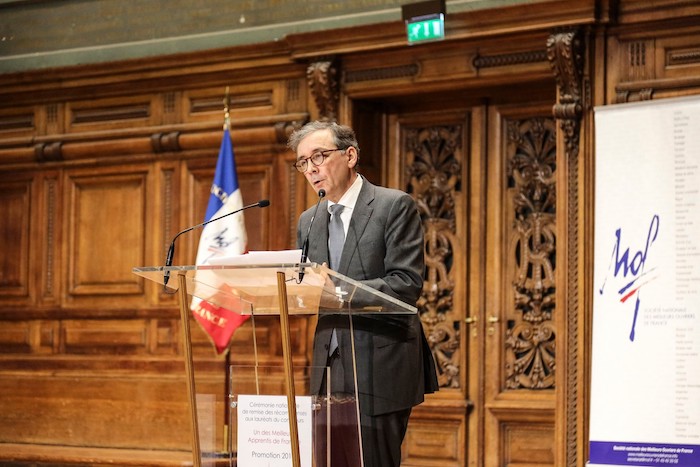 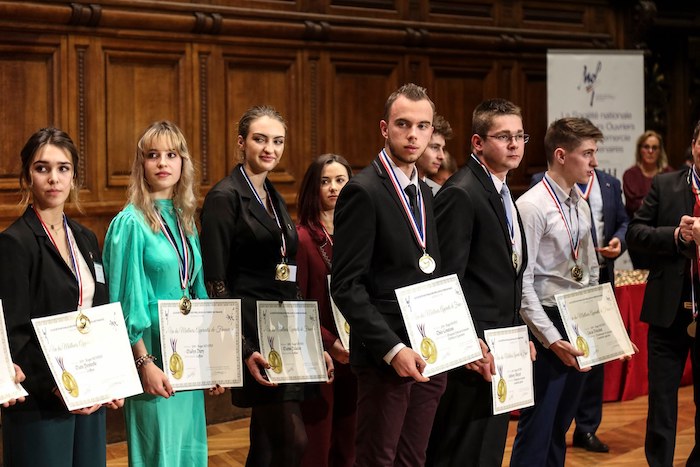 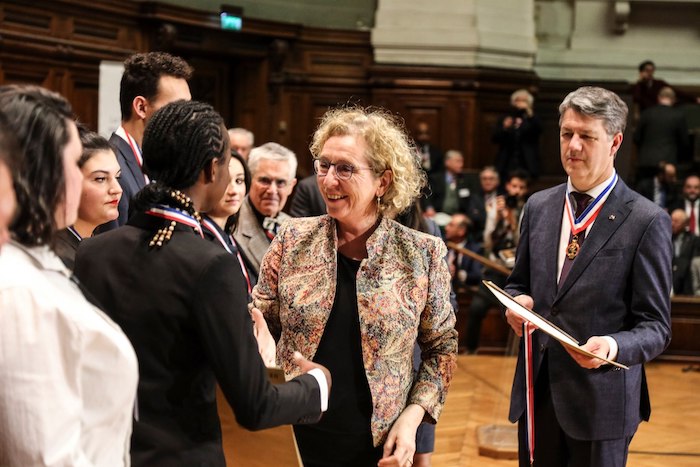 Those who pass the test receive a medal at a ceremony at the Sorbonne, then are hosted by the French President at the Elysée Palace. Winners are allowed to wear the coveted red, white, and blue collar, an honour so revered that it is illegal to wear it if you aren’t an MOF— offenders can go to jail. 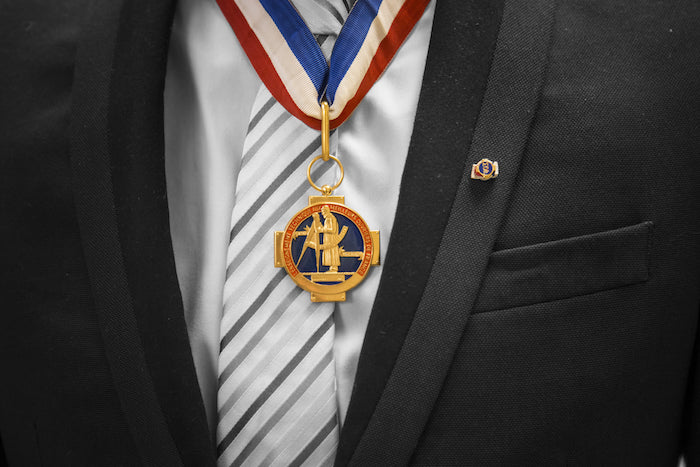 The MOF title is granted for life and those who hold it are considered custodians of their craft. They are charged with upholding its standards and passing on their knowledge to those who come after them. One way they do so is by sponsoring the Meilleur Apprentis de France competition (Best Apprentice of France), which is similar to the MOF but for those younger than age 20.

The next time you are looking for the best of the best, whether it’s a cheesemonger or a blacksmith, look for the distinctive tricolor collar of a master craftsman, an MOF. 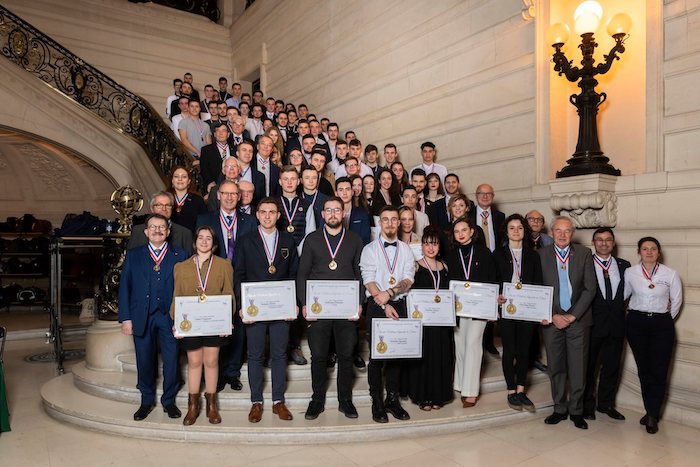