Where to Eat in Dordogne: Hotel de Bouilhac, near Lascaux IV 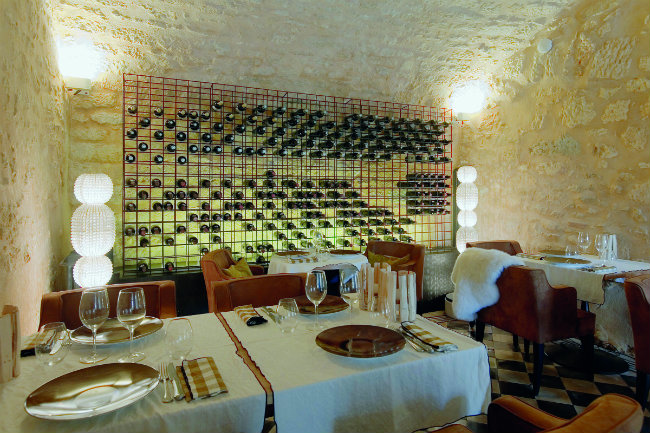 When Lascaux IV and the International Centre for Cave Art opened on the edge of tiny Montignac in the Périgord Noir in Dordogne in 2016, visitor numbers to this charming village surged. Now chef Christopher Maury and his wife Karine have created the charming hotel and restaurant that was previously lacking in this fascinating destination by renovating a handsome 17th-century stone mansion that was originally built for the private physician of King Louis XV, who gave it his name.

The restaurant and bar are on the street level of the three-storey building and are beautifully decorated, as is the entire property. The dining room occupies a vaulted stone cellar decorated with a striking wrought-iron wine rack that covers an entire wall and is furnished with antiques and bold modern lighting. 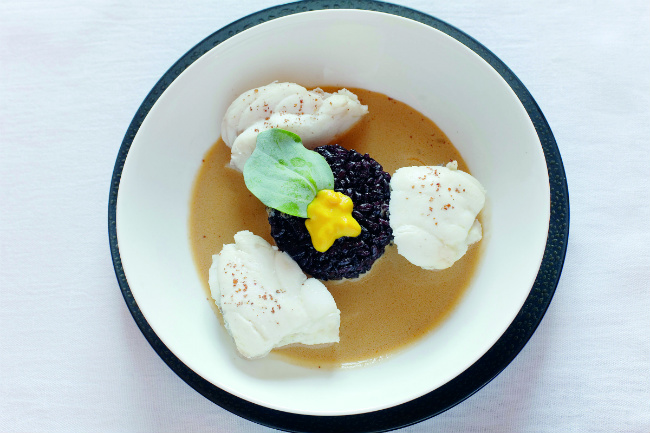 Maury’s cooking style is exactly what one hopes to find in the country: it’s rustic but sophisticated, without being too fussy. Dining with a friend, we started with goose foie gras with a chutney of citrus and dried fruits for me, and a tartare of trout with coriander and avocado in a pickled-lemon vinaigrette for her; and both dishes were superbly made and generously served.

Next, a juicy côte de porc noir (the delicious pork from a special breed of black pigs from Gascony) for me, and skate with lime, fennel and a beurre noisette for her. Lemon tart and saffron-and-honey flan with madeleines concluded this very good meal.

Note that there is an excellent selection of local wines by the glass on offer here, and that the gently-priced wine list showcases wines from the Périgord including Bergerac, Cahors and Monbazillac.