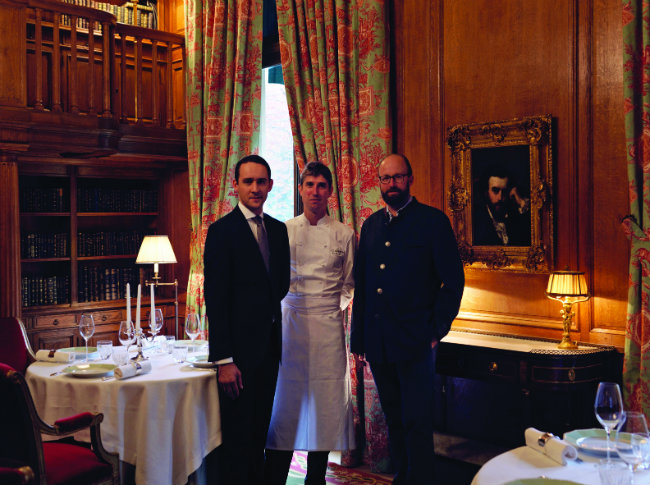 Leaving behind the pewter skies over Paris and the spring rains, it was a pleasure to escape into a plush cocoon of luxury and elegance for some magnificent eating and drinking during the course of a long lunch at the recently opened Le Clarence, a sumptuous new restaurant in a townhouse just off the Champs-Élysées.

This daring new table – daring, because it’s so opulent and thus so optimistic – was created by Prince Robert of Luxembourg, president of Domaine Clarence Dillon, which owns four jewels of the Bordeaux vineyards: Clarendelle, Haut-Brion, La Mission Haut-Brion and Quintus. So the idea here was to create a showcase for Dillon’s superb wines, and also l’art de vivre Bordelais, which so profoundly informs the wine culture of the region. If the sumptuous grand siècle décor of the property communicates the deeply rooted traditions of both La Domaine Clarence Dillon and the Bordelais region, what makes this enchanting place a surprise is that they chose chef Christophe Pelé to run the kitchen, a feint that evinces a desire to be both modern and politely edgy.

The last time I ate the remarkably talented Pelé’s food was when he was still chef at a tiny restaurant in the bobo Batignolles district of the 17th arrondissement behind the Gare Saint-Lazare. I discovered him here shortly after he’d opened, and followed him over the course of several years, as his brilliant contemporary cooking became better known to the degree that he finally won two Michelin stars.

All this, and he cooked in a minuscule open kitchen like something you might see in a railroad carriage, which made a meal here even more of a pleasure, since it was fascinating to watch a chef so balletic, concentrated and ferociously well-organised. Then the restaurant closed rather abruptly, and I lost track of Pelé. So it was with great anticipation that I came to lunch here. After a long absence (two years) would I find his food as intriguing and original as I had before? 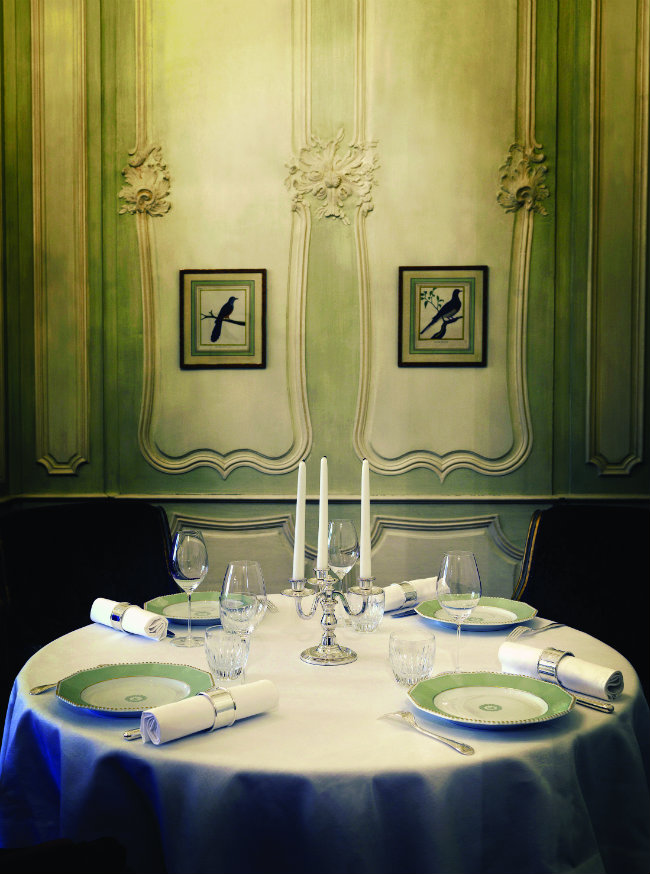 Well, yes, actually, since right out the gate, I was impressed by a stunning dish of squid with a sort of viscous egg yolk condiment and a scattering of tiny dried prawns, a brilliant dish that was the perfect foil for a sublime pour of white Bordeaux from charming sommelier Antoine Pétrus, who’s been recruited to this address from Lasserre, just a few doors down the road. Next up, langoustines, and then succulent ‘kokotxas’ (hake cheeks) and Swiss chard. If subsequent dishes were excellent too, including duck breast with cockles, chicory and black truffle, and sea bass with razor-shell clams and Oscietra caviar – the luxury produce they featured risked over-gilding the lily a bit. That said, Pelé’s cooking is not only every bit as exhilarating as I remembered it as having been, but it meets the sublime wines poured here like a hand in a glove; this is an excellent new restaurant that’s well worth the hefty prices they charge.