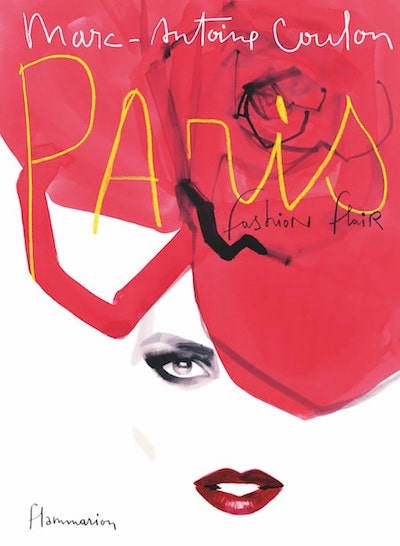 Working for the biggest names in couture, Marc-Antoine Coulon celebrates fashion and the spirit of Paris both on and off the runway in this glamorous and evocative book. The anthology of sketches, collages and watercolours is an irreverent and colourful walk-through of Coulon’s Paris, combining portraits of famous people, including designers and screen stars, with other, more personal, sketches of some of his favourite haunts in the city.

In just a few lines of ink, Coulon captures the essence of his subject matter and imbues it with a timeless artistic style and sensitive wit and charm. As well as designing for international magazines such as Vogue, Harper’s Bazaar, Town & Country and Vanity Fair, Coulon is in demand at major luxury and haute couture houses such as Dior, Cartier, Jean-Paul Gaultier and Givenchy. Simply divine.

Purchase the book on Amazon here.