3 Beautiful French Cities with Sister Cities in the USA 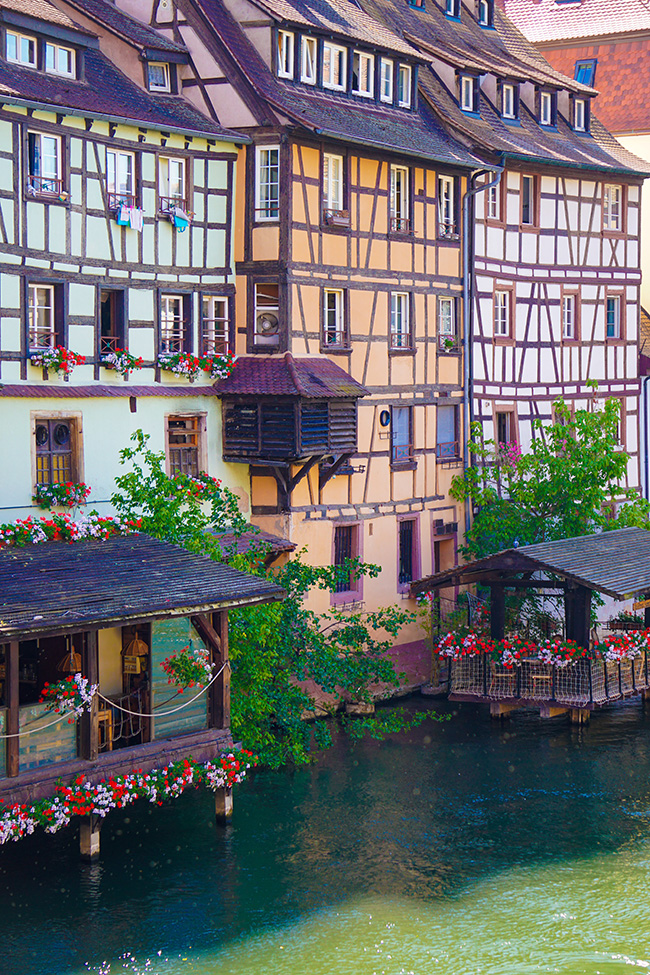 The idea of sister cities is not necessarily new. In fact, the first city to have an organised partnership with another city was Le Mans in France and Paderborn in Germany. This was a Catholic partnership between the two dioceses that dates back to 836 AD. The idea of sister cities was to establish relations between two different places and bring them closer together, providing opportunities for exchanges between educational institutions, monuments and streets.

Luckily, now it is possible for sister cities to be even further away from each other — with many cities across France partnering with cities in other countries, not just throughout Europe, but even across the Atlantic. There are many cities in France that now have a sister city in the USA. These partnerships allow for business and education opportunities, as well as travel opportunities.

Starting next year, there is a new system called the EES coming into effect for citizens from outside the Schengen area travelling into the Schengen countries in Europe. Much like how currently most travellers from France and the rest of Europe / the UK need an ESTA to travel to the USA, American travellers will need to have something similar to the ESTA to travel to Europe.

But before that happens, it is possible to still travel to these sister cities under the current system in place. Which makes it possible to still travel this fall and winter to different sister cities across the Atlantic. Currently, there are three modern, industrious cities in the USA that are partnered with very charming cities in France. And most travellers from these American cities don’t need travel authorisation yet, but any French travellers headed to these cities in the USA will need an ESTA.

Boston in the autumn © Matt Collamer

Boston, located in Massachusetts, is the largest city and capital of the state. It is one of the oldest cities in the United States. Perhaps you are familiar with Harvard University, which is located near Boston? Boston also has a wealthy history, which can be seen, for example, in the Boston Harbor where you can visit the site of the infamous Boston Tea Party.

The historic city of Strasbourg is also the capital of Alsace and the Grand-Est region. This city also has its own Notre Dame Cathedral, which is simply a masterpiece. This cathedral is home to one of the most whimsical, fascinating and historic astronomical clocks in all of Europe.

These two cities have a long history and much in common. They have been twin cities for more than 60 years; there is even a partnership association that maintains the relationship. The two cities support each other through common values. Many educational, school, and university exchanges are organised to encourage young people and culturally, music and art are important. The Boston Symphony Orchestra was the first link between the two cities. The cities also help start-ups and innovative companies to develop in both markets.

The American city of Dallas is located in the state of Texas and is the third-largest city in the state and the ninth-largest city in the United States. It is such a big city that there is a lot to do. Whether it’s real Texas barbecue or Tex-Mex chilli, visiting the many museums or watching a real American football game in the huge AT&T stadium, you will find something for every traveller here.

Dijon is the largest city in the Bourgogne-Franche-Comté region and has a rich history. There are many churches, Burgundian palaces and several museums to visit. The Dijon Cathedral was built in the image of the Jerusalem Holy Sepulchre. The oldest part of the church is actually built in the early 1000s and is home to an underground abbey built for the tomb of St Benignus that can still be visited.

The two cities could not be more different, yet they have been sister cities since 1957, which is one of the things that make these partnerships so special. Exchanges take place in the fields of culture, art, education and science. Art museums have worked together to bring together American and French artists with Frame (“French Regional and American Museum Exchange”). In education and science, universities are trying to work together to learn more from each other.

Funny enough, there are vineyards in Texas. Dijon and Dallas work together on wine culture and have even organised wine festivals together.

Cincinnati is a large industrial city, but also a green city with many parks © Jake Blucker

Nancy is a city full of museums, palaces, and also fantastic gastronomy, so it perfectly complements Cincinnati. The architecture in Nancy is strikingly beautiful, and Place Stanislas is the main centrepiece of a UNESCO World Heritage site. There is also a spectacular remnant from the city’s old defences, La Porte de la Craffe.

These cities have been partner cities since 1991. This relationship is used mainly for economic and cultural purposes. The two cities maintain close ties and exchange professional knowledge. There is also a new focus on addressing climate change and helping spread awareness.

If you want to taste Texas wine, visit Boston harbour or stroll through one of Cincinnati’s many parks, you will need to apply for an ESTA. The ESTA is valid for two years, which allows for plenty of time to visit these cities. The ESTA is linked to your passport electronically, making it easier to apply for because there is no need to use biometric samples or visit any embassies.

Previous Article The Devil is in the Details: Fashion in Fiction
Next Article Top 5 Day Hikes along the Tour du Mont Blanc