First stop should be the remarkable Musée d’Art Classique et Moderne. Arriving at a medieval townhouse in the old village scarcely prepares you for what’s ahead. Inside the lavish purpose-built interior can be found a treasure trove of Egyptian, Greek and Roman antiquities complemented by the works of 20th-century figureheads such as Matisse, Chagall, Dufy, Cézanne, Warhol and Rodin. A few streets away in a 17th-century building lies the intimate Musée de la Photographie André Villers. Here you can see a great collection of Picasso portraits and the work of other legendary photographers such as Doisneau, Douglas and Lartigue as well as some fabulous old cameras. Fans of local history and archaeology will enjoy the Musée d’Histoire Locale.

With its winding pedestrianised medieval streets, occasionally opening onto spectacular views of the sea or the Esterel mountains, Mougins is a great place for flâneurs. Once an ancient Ligurian stronghold and the home of monks, history is around every quaint corner in the shape of statues, fountains, churches, townhouses and the Porte Sarrazine, the remaining medieval gate tower. It’s a far cry from the hustle of downtown Cannes – the cypress trees echo the tranquillity of Tuscan hilltop villages, while the flowers adorning the balconies and restaurants are a reminder that the village was once at the centre of lavender, rose and jasmine production for the perfume houses of nearby Grasse. Also worth seeing are the Notre Dame de Vie Chapel, the Saint Jacques-le-Majeur Church and the Saint-Barthélemy Chapel. 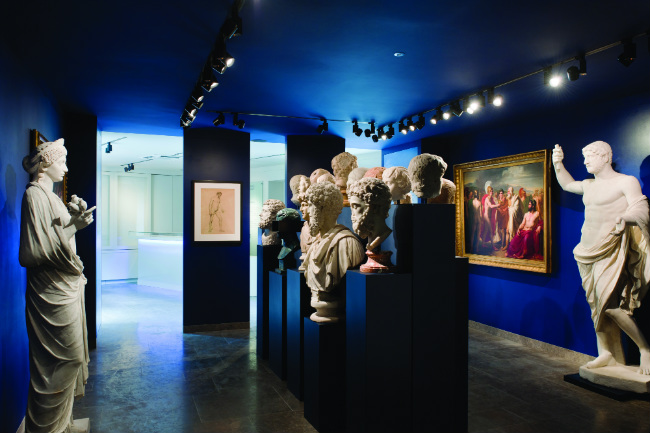 In the last century Mougins became increasingly associated with art and artists. When Picasso first visited in 1936, little did he realise that he would be the vanguard of many artists and film stars for decades to come. With his circle of friends, including Jean Cocteau, Man Ray and Paul Éluard, all appreciating the bucolic pleasures of the tranquil village environment, it wasn’t long before it grew into a cultured bohemian oasis away from the glitz of the Riviera. After the war, more celebrities followed, including Édith Piaf, Yves Saint Laurent, Francis Picabia, Jacques Brel, and even the Duke of Windsor. Fernand Léger had his studio in the village and was the first of many painters to seek inspiration from the calm beauty of the region. One of the pleasures of visiting today is to take in the numerous art galleries and temporary exhibitions on display.

Mougins’ fame as an artist’s retreat has been eclipsed in recent years by a new association with gastronomy. In the 1970s  chef Roger Vergé laid the foundations with the opening of Le Moulin de Mougins and L’Amandier, gaining three Michelin stars in quick succession and placing Mougins firmly on the world’s gastronomic map. After a couple of quieter decades things are now in full swing again. Thanks in part to the annual September extravaganza, Les Étoile de Mougins, a gathering of foodies and top chefs, Mougins’ reputation is soaring once more. There’s a choice of around 40 places to eat – many offering very fine dining including Paloma (two Michelin stars), Le Candille (one star), Le Moulin de Mougins, La Place de Mougins, L’Amandier de Mougins and Le Clos Saint Basile.

For more information on the village of Mougins, visit www.mougins-tourisme.fr 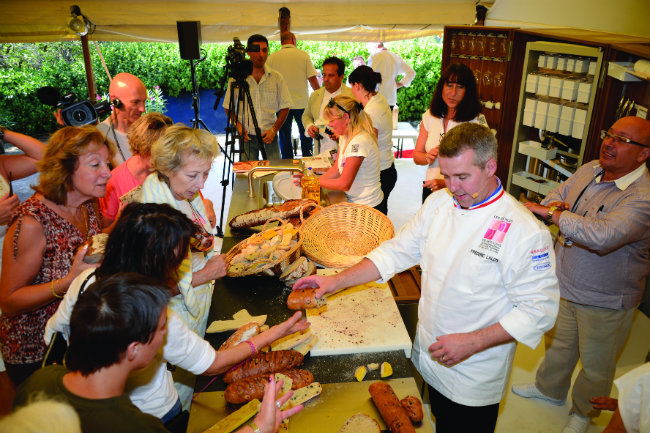