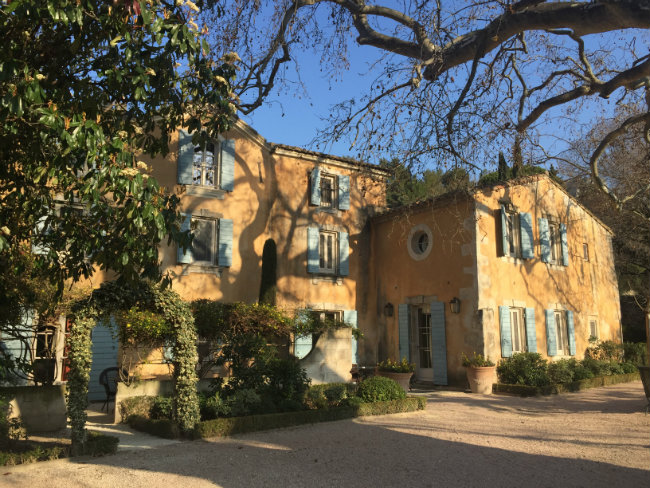 It all began in a remote valley at the foot of the fortified hilltop village of Les Baux de Provence, long ago forgotten and nicknamed “Le Val d’Enfer” (Hell’s Valley). Visionary Raymond Thuilier fell in love with this plot of land and in 1945 purchased a Provençal farmhouse in this isolated region of France. It is said that by the jagged limestone rocks, Dante drew inspiration for his Divine Comedy.

With passion and resilience, Raymond pursued his lifelong dream of opening a gastronomic restaurant, and L’Oustau de Baumanière was born. Raymond’s hard work and savoir-faire paid off in 1954 when he was awarded three Michelin stars. Visitors from around the globe arrived to dine at his table, among them Pablo Picasso, Jean Cocteau, Queen Elizabeth II and Elizabeth Taylor, some of who would stay in the adjoining bedrooms. L’Oustau de Baumanière proudly joined the family of Relais & Chateaux a few years later. 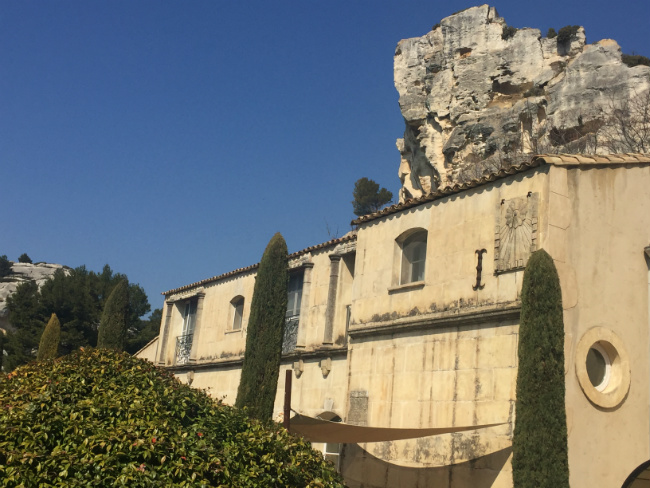 Raymond expanded his Provençal universe in 1961 with the opening of a second more “simple” restaurant, La Cabro d’Or, just 900 meters away. Several years later, the eldest of his grandsons, Jean-André Charial, himself a chef trained by some of France’s best, joined his grandfather to share, and in time, to continue the family legacy.

In 2015, at the helm of Jean-André and his wife Geneviève, Baumanière Les Baux de Provence celebrated its 70th anniversary. Spanning five buildings, each revealing a unique ambiance, there’s a total of 55 spacious rooms and suites decorated with old charm and modern amenities, some rooms decorated by Geneviève herself.

Upon meeting Mr and Mrs Charial, you immediately feel welcome, as their home becomes yours. Taking a walk through the premises, I admired the ample landscape with several pools and a new spa. At the luxurious 500m2 spa, I discovered beauty products made with local olives; certainly a massage was in order. With so much attention to detail combined with the marriage of comfort and elegance, you can sense Jean-André and Geneviève’s deep affection for their family estate. As I sat in my private garden watching the light change over the Alpilles, I imagined the many lives that passed through this very land. I felt grateful to be one of them. 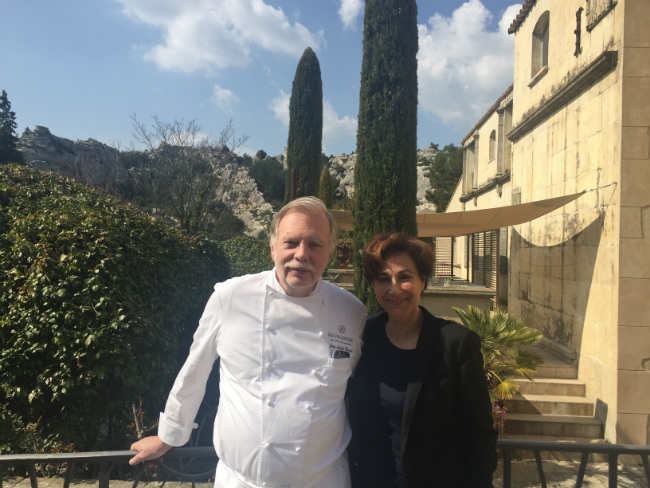 Jean-André Charial and his wife Geneviève, owners of the hotel. Photo: Kasia Dietz.

Over a Michelin two-starred lunch at L’Oustau de Baumanière, where young and innovative chef Glenn Viel was given reign in the kitchen in March 2015, I had the pleasure of speaking with the proprietors themselves. Jean-André spoke about his affection for Italy, favourite French dishes, and how he grows many of the vegetables in his own greenhouses, of which I was later given a tour. He also presses his own olives, many of which were served at lunch along with his olive oil. Geneviève too charmed me with her grace and easy manner.

The next day I walked the 15 minutes to Les Baux de Provence, falling for this charming village with its breathtaking views. I eagerly returned to Baumanière in time for the late afternoon sun and a glass of rosé. As the time passed and I became better acquainted with the enchanting landscape, I understood that what was once considered Hell’s Valley, was actually a little piece of heaven. 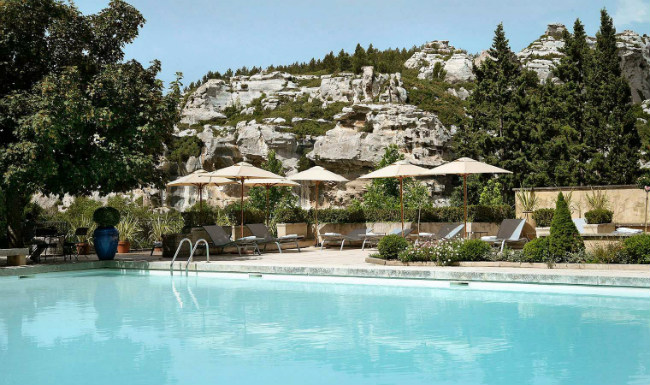 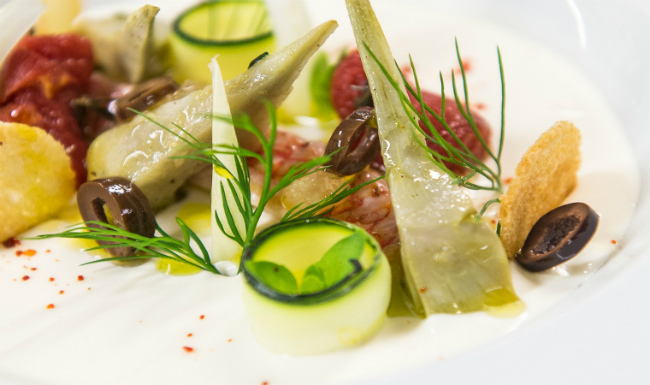 Previous Article Travel to the Aube: Off the Beaten Path in Champagne Country
Next Article Restaurant Reviews: Le Clarence in Paris