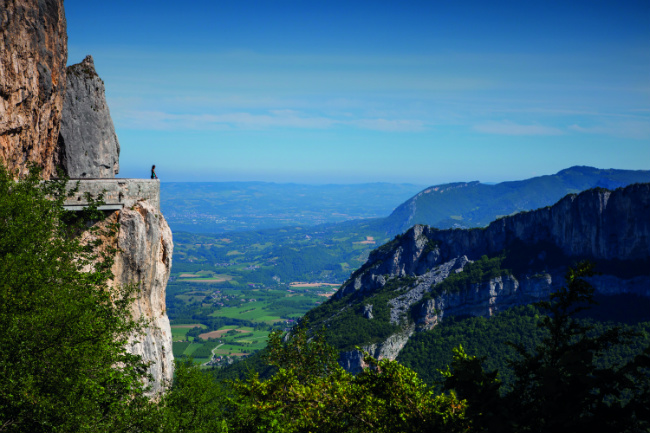 Home to the largest nature reserve in France, the Vercors’s dramatic rockscape and patchwork of rugged valleys are ripe to be explored on foot or by bike – unless you fancy a canter?

Straddling the départements of Drôme and Isère in the south east, the sprawling Parc Naturel Régional du Vercors is the largest nature reserve in mainland France. Cut off from the major valleys by its walls of limestone, Vercors conceals an undulating landscape rimmed with cliffs and riven with dramatic gorges. A nifty 300km network of hiking trails, known as the Les Grandes Traversées du Vercors or GTV, criss-cross the vertiginous rockscape, allowing thrill-seekers and amblers to get their fix of jaw-dropping scenery and awe-inspiring sights. There really is no better place to take in the dizzying views than perched on a cliff’s edge. Who knows? You may even spy an ibex or chamois mid-altitude or catch a fleeting glimpse of an eagle or vulture! Just grab a map and get exploring. If the prospect of a mammoth hike doesn’t appeal, why not carve your way through the massif on horseback… 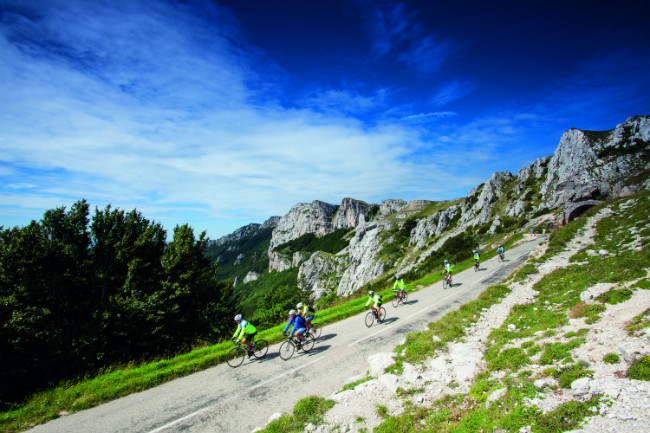 HOP IN THE SADDLE

…Or, better yet, on a bike? Having recently been awoken to the calf-relieving wonders of e-bikes we highly recommend going electric and letting your vélo take the strain! Whether you choose to go old-school or cheat, it’s fair to say the Vercors is a MAMIL’s (middle-aged man in Lycra) dream. In peak season, it can often look like the Tour de France peloton has hijacked the massif for all the avid cyclists whizzing by!

With 1,500km of routes, it is a cycling Mecca. But never fear, there are circuits for all abilities if roller-coasting up and down rocky crags seems a bit too ambitious. In fact, some of the relatively easier mountain passes afford some of the most breathtaking vistas, you’ll be glad to know.

Unbeknown to many, Vercors has carved quite the niche as a golfing hub. Needless to say the unbeatable views are quite the draw. The area boasts no fewer than three courses: the 18-hole Corrençon-en-Vercors, the ‘rustic’ nine-hole La Chapelle-en-Vercors in the heart of the regional park and, last but not least, the 18-hole Grenoble Charmeil course at Saint-Quentin-sur-Isère. Although on the fringes of the Isère Valley, it offers a spectacular vantage point from which to admire the massif in all its rugged glory. 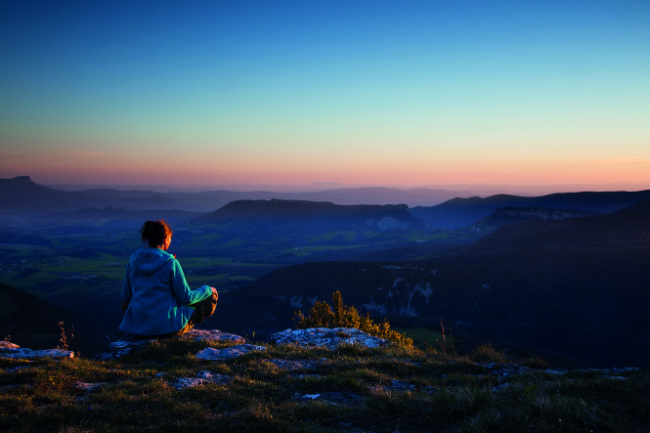 After all this pedalling, traipsing about and swinging, your muscles will be in need of a little (or a lot of) TLC. Thankfully, the region has plenty of spas and wellness centres to loosen those saddle-stiff glutes and indulge in some serious pampering. L’Hôtel-Spa Les Clarines in Corrençon-en-Vercors offers a rejuvenating medley of treatments, while Le Grand Hôtel de Paris in Villard-de-Lans boasts a 400m2 wellness sanctuary. Le Chalet in Gresse is another prime spot for kicking back, with a heated pool, sun lounge and bar.

You don’t really know a region until you’ve sampled its terroir and the Vercors has oodles of terroir to be chomped on! Start off with a piping hot dish of ravioles, moreish pockets of pasta stuffed with cheese and herbs. Speaking of cheese, you haven’t truly lived until you’ve munched on Bleu du Vercors-Sassenage. And while you’re at it, throw in a fistful of Grenoble walnuts. For more information, visit www.inspiration-vercors.com

Previous Article Creative Spark: Misia Sert, Pianist and Patron of the Arts
Next Article Life in France: A Pizza Vending Machine in the Countryside