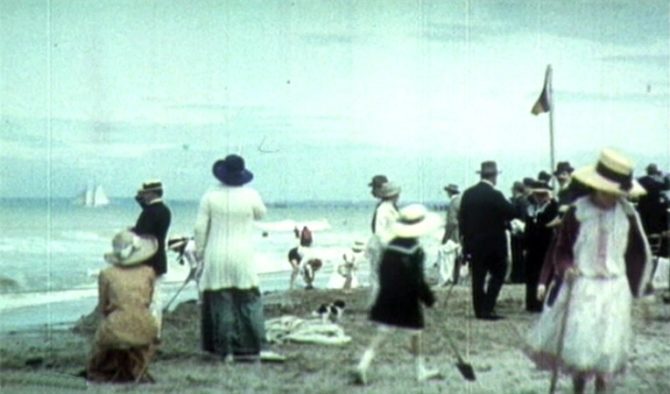 What do Corot, Millet, Manet, Pissarro, Monet, Degas and Renoir all have in common? Impressionism may spring to mind, but the real answer is Normandy. If you’re in doubt, the proof is coming right up, in the first-ever Normandy Impressionist Festival, which will be in full swing from June through September.

Scores of cultural events are planned throughout the summer in celebration of the region’s legacy as the cradle of Impressionism, with venues ranging from the rural hamlets that inspired the young avant-garde French artists of the mid-19th century to the major museums in Norman towns central to the movement: Rouen, Caen, Le Havre, Dieppe, Honfleur and, of course, Giverny.

The scope of the festival is impressive, including 15 major exhibits of Impressionist works, along with related shows of contemporary art, photography, music, dance, theater and cinema, all focused on the Impressionist era in Normandy. Major shows will map out the sites relevant to Impressionism and revisit the movement’s central themes, assembling art works, some of them rarely seen, from public and private collections and museums in France and throughout the world.

More light-hearted events include a giant déjeuner sur l’herbe picnic in Rouen and other Norman towns (Manet notwithstanding, clothing is required), an outdoor Impressionist ball, a scattering of temporary guinguettes (cafés with music and dancing), Impressionist cruises on the Seine, bicycle trips and outdoor activities for kids.

With 375 miles of coastline-complete with unspoiled beaches, magnificent cliffs and colorful fishing ports-in addition to the meandering Seine River and enchanting countryside scattered with medieval villages, rolling farmland, apple orchards and calico cows, it’s no surprise that the region would attract landscape painters.

The real revelation is the sheer quantity of notable names in art history-either influential to or influenced by Impressionism-who found their muses in Norman land, sea or cityscapes, among them Constable, Turner, Géricault, Delacroix, Courbet, Corot, Boudin, Monet, Pissarro, Degas, Morisot, Seurat, Dufy and many more.

Rather than attempting to define Impressionism or fix it in time, the festival’s great strength-and its novelty-lies in celebrating the movement’s fluidity and documenting its many intertwining strands by focusing on the places that inspired important precursors, the Impressionists themselves and the legions of post-Impressionists that followed in their wake. It’s an ideal way to approach a wide-ranging art movement whose one constant seems to have been the landscape itself.

The festival illustrates just how pervasive the movement’s influence really was, addressing Impressionism’s central paradox: While the movement itself was fleeting, and not many artists actually considered themselves “Impressionist” pure and simple, few artists working in France-or in the rest of Europe or the United States-during the late 19th and early 20th centuries escaped its influence.

It turns out, however, that the motivational force behind Impressionism is not so easy to pin down. It didn’t spring to life as a fully formed idea, nor was there anything like a manifesto around which artists could rally, as there was with other art movements. The term wasn’t even coined-by a hostile critic-until more than a decade after the “new painters”, most of them in their 20s, began experimenting with ways to capture the effects of light on canvas.

As the pivotal exhibit The Origins of Impressionism at the Grand Palais in Paris in 1994 so beautifully demonstrated, there was nothing radically revolutionary about the Impressionists at all. Rather it was a gradual evolution from the naturalism and realism of their forebears, as the formal constraints of academic painting slowly fell away. After taking painting out of the studio and into plein air-greatly aided by newly invented paint in portable tubes-the budding Impressionists proceeded to dispense with other conventions, like clearly delineated lines and formal perspective, eventually even the object itself.

Impressionism also developed new preoccupations with color theory, surface texture and paint itself. To heighten visual effect, dabs of pure color were layered on the canvas, sometimes wet on wet, without gradation or the use of blacks or grays to create shadows. The brushstroke was no longer relegated to the service of representation, but achieved a life of its own. So liberated, Impressionism opened the floodgates to a whole new era in painting.

The reigning figure of Impressionism, Claude Monet, was born in Paris in 1840, but his family moved to Le Havre just five years later. He painted Normandy seascapes at the start of his career, and it was his painting of Le Havre harbor at daybreak, titled “Impression: Sunrise”, and shown at the pivotal independent exhibit in 1874, that provoked critic Louis Leroy to dismiss him, and his merry band of cohorts, as mere “impressionists”.

Monet’s series Rouen Cathedral (1892-94), illustrates a later watershed moment in his work, when the object became subordinate to the effects of light. In attempting to capture the evanescent light as it shifted across the facade of the Gothic church at different times of day, Monet worked on several canvases at once for several months at a time between 1892 and 1893. The paintings were then finished in his Giverny studio in 1894. Monet’s second (after Haystacks) and largest series, Rouen Cathedral was enthusiastically received in 1895, when 20 of the 30 paintings were first exhibited together, but its impact on the history of art is immeasurable.

Eleven ravishing canvases from the series, gathered from collections worldwide, star in the festival’s central exhibition at Rouen’s Musée des Beaux-Arts, A City for Impressionism: Monet, Pissarro and Gauguin in Rouen (June 4-September 26). Also among the more than 100 paintings in the show is a group of little-known Impress

ionist works by Gauguin, painted during a visit to Rouen in 1884, along with J.W.M. Turner’s Rouen Cathedral, whose influence on Monet is irrefutable. Turner traveled along the Seine six times in the 1830s, painting several watercolor and gouache studies of Rouen and the cathedral. Monet’s ambition to outdo the great English artist probably played no small part in instigating his series.

The Seine too was a central motif for the Impressionists. Their penchant for capturing reflected light naturally led them to water, and to the Seine’s sinuous path through Normandy, from Paris past Rouen to the luminous estuary on the Atlantic coast at Le Havre and Honfleur. Two festival shows are devoted to the river: Impressionism Along the Seine, at the Musée des Impressionnismes in Giverny (through July 18), and Painters along the Seine, from Boudin to Vallotton, at the Alphonse Georges Poulain Museum in nearby Vernon (through July 25).

The Giverny show includes 60 paintings that depict the river’s various functions-economic, recreational and inspirational-in chronological order, from Corot to Matisse. This is the only show that includes American Impressionists, who flocked to Monet’s home in Giverny in the 1880s-Theodore Robinson, Theodore Wendel and William Metcalf are each represented with a single work. The Vernon show is an excellent complement to Giverny, with its many paintings by Eugène Boudin, whose work merits a show unto itself, along with lesser-known but important Impressionist painters.

Unknown Degas: Works from the Olivier Senn Collection at the superb André Malraux Museum in Le Havre (June 19-Sept 19) introduces visitors to an extraordinary Impressionist collection, rivaled only by the Musée d’Orsay and Rouen’s Musée des Beaux-Arts, with an emphasis on drawings and pastels. The Senn collection, bequeathed to the museum in 2004, includes over 200 works acquired over 30 years by Olivier Senn, an unusually gifted and well-connected collector. Along with unpublished drawings and pastels by Degas, the collection includes works by Pissarro, Monet, Renoir, Matisse and Derain. For this show, nearly 50 other works on paper are also on loan from the Musée d’Orsay.

Honfleur, Between Tradition and Modernity, 1820-1900, at the excellent Eugène Boudin Museum (June 2-Sept 6) is just a mere hop over the Normandy Bridge in Honfleur, a lovely medieval fishing port set between two hills at the mouth of the Seine estuary. It was here that Monet’s grizzled cohorts Eugène Boudin and Johan Barthold Jongkind-whom he claimed were his only real masters-took the young painter under wing and initiated him into the joys of outdoor painting. Honfleur has its own cultural roster, including poet Charles Baudelaire, who was Boudin’s neighbor and admirer, and composer Erik Satie, born just down the street. At the edge of town, a thatched-roof farmhouse inn, La Ferme St. Siméon (today a luxury hotel), was the meeting place for Courbet, Corot, Daubigny, Monet, Boudin, Jongkind, Bazille and a half-dozen others. The food was good, the drink flowed and the artists could sometimes pay with a drawing or two. The festival show includes works from all of these painters and many who followed, including Seurat, Signac and Eva Gonzalès.

As music lovers know, Impressionism had a huge impact on the composers of the day, and another highlight of the festival is its attention to that important facet of the movement. The musical section of the festival, headed by the world-class Opéra de Rouen, includes opera, chamber and choral music, piano and vocal recitals and symphonies performed by distinguished musicians from around the globe. Debussy, Fauré, Ravel, Dubois, Satie, Roussel, Offenbach and Stravinsky are among the important composers influenced by Impressionism whose music will resound in the concert halls and cathedrals of Normandy throughout the summer.

The influence of Impressionism will also be explored in important shows of contemporary art, photography and the decorative arts along with theatrical works, cinema and dance recitals. And every evening the facade of the Rouen museum will be transformed by the projection piece Impressionist Nights by the artists Hélène Richard and Jean-Michel Quesne. The duo will also transform participants at the city’s Impressionist Ball (Sept 24) into swirling Impressionist artworks.

An exhaustive catalogue of festival events, in both French and English, is found at normandie-impressionniste.fr. Normandy is easily accessible from Paris by car or by train.

Originally published in the May 2010 issue of France Today