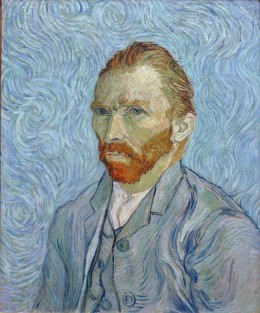 Vincent Van Gogh famously cut off his own ear while living in the Provençal city of Arles. As the story is usually told, the mentally ill Van Gogh, after having a great deal to drink, sliced off his left ear with a razor late on December 23, 1888, then walked to a nearby brothel and presented the gruesome object to a horrified prostitute named Rachel, before returning home and passing out. His friend Paul Gauguin, who was sharing the yellow house at Arles with Van Gogh at the time, later recounted details of the incident that he learned from the police, adding that earlier that same evening Van Gogh had come after him in the street with an open razor, only to stop abruptly and flee back home, after which Gauguin went to a hotel for the night.

Now, in their new book Van Gogh’s Ear: Paul Gauguin and the Pact of Silence, the German art historians Hans Kauffmann and Rita Wildegans put forth the claim that it was Gauguin, not Van Gogh, who cut off the Dutch artist’s ear, not with a razor, but with a sword. The British newspaper the Guardian has leapt on the story, which is now spreading like wildfire across the internet. Most Van Gogh specialists are scoffing at the claims made by Kauffmann and Wildegans, and the French Nouvel Observateur published an opinion piece by Gauguin scholar Bernard Géniès dismissing the hype as a “polemique bidon”-a phony controversy. “To say Gauguin is responsible for the mutilation,” Géniès writes, “is complete folly”.

One of the more amusing sub-controversies created by the German authors is over Gauguin’s skill with a sword. According to Kaufmann and Wildegans, Gauguin was an excellent swordsman, and with a single swipe of the sword took off his friend’s entire ear. Géniès dismisses this wholeheartedly as well, saying the French painter had only had a few fencing lessons as a youth and was no expert. But, Géniès points out, whether the story is true or false, the book’s authors have triumphed: they are being talked about all over the world wide web.