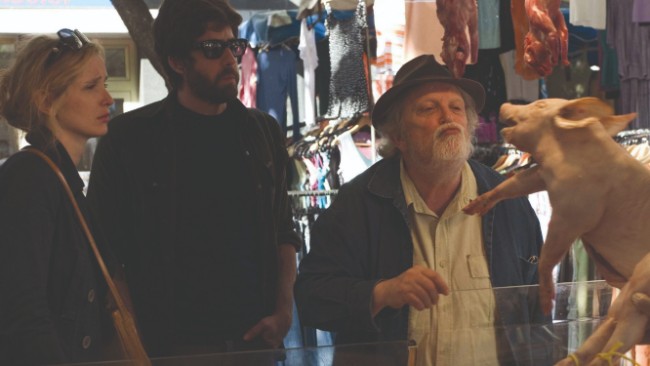 As the days get shorter, there’s nothing better than cosying up with a good film and a hot drink. Here are some of our favourite French comedies to get you through the colder months

Marion is French, Jack is American. She is neurotic and a shameless flirt whose hobbies include riling taxi drivers and photographing her paramours with tricolour balloons wrapped around their todgers. He is a germ-obsessed hypochondriac convinced a cabal of terrorists is after him. So far so promising as premises go.

Throw in a two-day stopover in Marion’s native Paris (on their way back to New York from a disastrous romantic Venice getaway), enough cross-purposes and pidgin French convos to drive the most unflappable Yank to the fringes of sanity and you have the zaniest, most irreverent culture-clash comedy ever dreamt up. The secret to 2 Days in Paris’s enduring appeal and unmatched success (in our book, anyway – nearly 15 years on, the only film to have come close to unseating the madcap romp is its sequel, 2 Days in New York) is not only Julie Delpy’s no-holds-barred, cliché-lobbing tack, but her canny move to cast her real-life parents in her directorial debut (which she also wrote, produced and scored), imbuing it with a spontaneous quality.

At its most awkward and unflattering (no one, French, American or otherwise, escapes Delpy’s razor-sharp wit), it feels like an intimate, fly-on-the-wall documentary. A mess of Franglais, courtesy of her unhinged boho father Jeannot, who is out to show Jack up for the American hick he really is and refuses to address him in English (although he’s perfectly capable), their weekender in the City of Light is off to a poor start. The subsequent merry-go-round of misunderstandings, gratuitous digs, relentless taunts (Jeannot’s cheek knows no bounds), and near-constant run-ins with Marion’s exes (on the street, at the restaurant, at a party), do little to ease Jack’s spiralling anxiety and paranoia – and quickly expose the cracks in their volatile two-year relationship.

Fiercely original and deliriously good fun, if occasionally a tad too close to home, this wacky tale of love and survival across the cultural barricades is a right hoot! 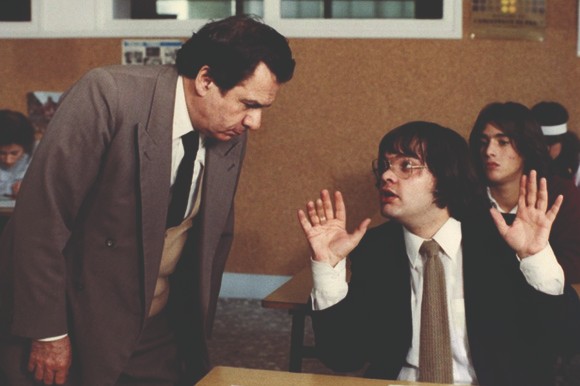 French comedy’s guiltiest pleasure, Les sous-doués is one of those cult classics no self-respecting Joe will admit to bingeing on until the second apéro kicks in and the inevitable re-enactment begins.The madcap farce taps into every student’s darkest fantasy – cheating successfully – playing it out to its absurd conclusion. After a bomb-threat prank gets them mixed up in terrorism, a gang of high-school loafers are given a simple choice: either pass their exams or spend the rest of their lives rotting in jail. With the dreaded baccalaureate just days away, last-minute cramming is out and the hapless lot have no choice but to dream up crackers tricks to cheat their way out of this pickle, from cobbling crib sheets into their shoes to drumming out Morse code on bongos. So ridiculously bad, it’s good. 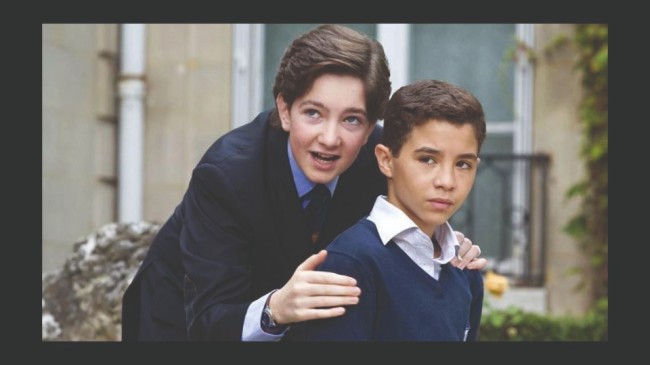 When his mother gets a job on a cruise ship, projects kid Sami is forced to move in with his aunt and her well-to-do husband in the exclusive suburb of Neuilly. Between his highfalutin uncle’s etiquette lectures, daily standoffs with entitled bullies at his new elite school and bonkers run-ins with his Sarkozy-obsessed cousin Charles, a (harmless) mouthpiece for anti-Arab prejudice with an eye on the presidency, surviving among Paris’s upper echelons proves tougher than navigating the mean streets of the ’hood. The relentless Sarkozy-ribbing and haves vs have-nots shtick aside, Neuilly sa mère! is no heavy-handed political vehicle but a jaunty equaliser, reminding us that beneath the patina of respect- ability and wealth (or apparent lack thereof), we’re all awed and deserving of a good-old dressing-down! A zippy lesson in tolerance. 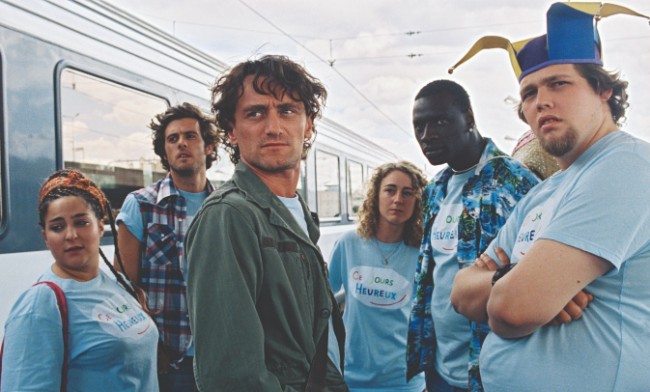 An ode to the joys and perils of summer camp, Nos Jours Heureux charts the successes, but mainly the failures, of a motley crew of irresponsible counsellors acting in loco parentis to a pack of brats. Cue a late-night breakout (the hapless bunch are too sozzled to notice one of their charges has made a run for it), a (priceless!) day trip to the slipper museum, parents who just can’t cut the cord and a sweet-as-pie camp-fire sing-song. Keenly-observed and roll-in-the-aisles funny, this feel-good jolly will make you vow never to entrust your precious brood to the care of strangers again.

Previous Article Of Girls and Gaulois: The Equality of Celtic Women in France
Next Article L’Impé: An Excellent New Brasserie in Nîmes