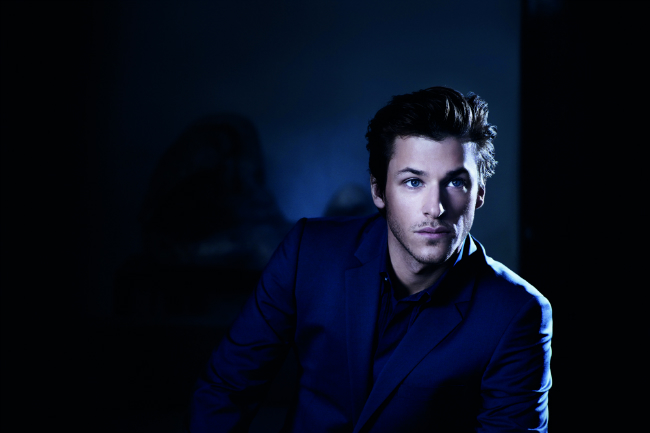 After a roundabout rise to success, the angel-faced thesp has clinched his status as the darling of French cinema

An actor who refuses to own a television?! How’s that for the brooding face of French cinema? Hailed as the shining beacon of the new generation of young actors, Gaspard Ulliel is a refreshing oddity. A self-confessed old soul (concealed beneath cherubic good looks) the unapologetic outsider shies away, among other things, from social media – quite the feat in a tech-obsessed age when every man and his dog bares the minutiae of their breakfast online. And for all his fashion kudos – he was Chanel’s muse – he is a confirmed hermit.

His is a career in fits and starts, marked by promising highs and maddening plateaux (until recently, that is). After dabbling in television as a child, he copped his breakthrough at just 20, as Audrey Tautou’s shell-shocked paramour in Jean-Pierre Jeunet’s Un long dimanche de fiançailles – for which he won the coveted Rising Star César. Thrust into the dizzying heights of stardom, he rode the wave of his new-found cachet to Hollywood to play the lead in horror prequel Hannibal Rising. Alas, his stab at a Stateside career was curtailed by poor reviews.

For a while it seemed as though his clout had petered out. Until, after a string of middling parts, a lifelike turn as Yves Saint Laurent in 2014 heralded his lasting return to the silver screen and restored him at the top of the food chain. He narrowly missed out on the Best Actor accolade to Pierre Niney; who, in a baffling twist of fate, starred as the couturier in a rival biopic. What are the chances? His stellar portrayal of an HIV-positive man in Xavier Dolan’s spittle-flecked Juste la fin du monde finally clinched him the all-elusive Best Actor gong earlier this year. Ubiquitous at long last, the 32-year-old is making up for lost time with no fewer than three award-tipped movies in the pipeline.

Slow and steady wins the race…

Early career: After acting in TV movies as a child, he enrolled in prestigious theatre programme Cours Florent where he was discovered by Les égarés director André Téchiné. His lead role in Jean-Pierre Jeunet’s Un long dimanche de fiançailles kickstarted his career and earned him the Rising Star accolade at the César awards.

I know the face… If you missed his turn as a shell-shocked soldier in Jeunet’s WWI epic, you may have spotted him as legendary designer Yves Saint Laurent in Bertrand Bonello’s lauded biopic.

Where will we see him next? He is set to take on the role of a playwright thrown in the path of a mysterious woman (played by acting royalty Isabelle Huppert) during a violent snowstorm in the award-tipped Eva.

Previous Article Where to Eat in the French Capital: Saint James Paris
Next Article Art and Museum Exhibits: Millet in the Spotlight in Lille