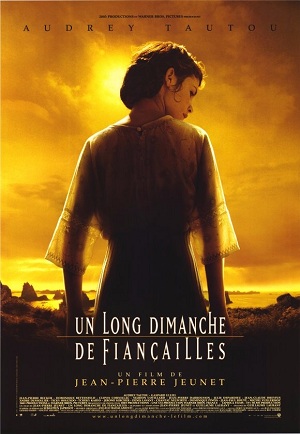 Jean-Pierre Jeunet’s unique style has made him one of the most successful French film directors of the last quarter-century. Both a critical and box office success, Jeunet is a storyteller with a comic-book twist. One could describe his early work as Tintin in a steampunk dystopia. However, instead of his strange characters and dismal settings invading our dreams, we settle back and enjoy Jeunet’s stories. An auteur in the truest sense of the word, Jeunet blends his narrative with tantalising visual magic to create a total work of art. Jean-Pierre Jeunet creates cinema that both challenges us and amazes us. 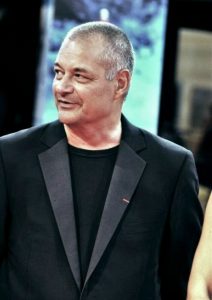 A post-apocalyptic Sweeny Todd serves up an undisclosed daily special to his unsuspecting clientele in Delicatessen (1991). The walls of a doom-laden apartment house conceal the crime while a love story develops at its heart. The individual thread that connects all of Jeunet’s films, actor Dominique Pinon, plus the cast of players seen throughout his canon of work are introduced in Delicatessen, the director’s first feature-length film. Pinon is cast as Louison, the boyishly charming ex-circus clown who unravels the gruesome plot. Sewer-dwelling resistance fighters, the Troglodytes, aid in the rescue. Jeunet’s darkly surreal story definitely pushes boundaries but humanity and dark humor is regained through the development of each tenant’s own particular idiosyncrasies and their desperate attempts to survive this retro-future. 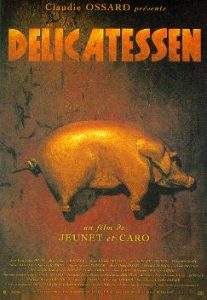 Delicatessen was co-directed by Jeunet’s friend and creative partner Marc Caro as was the next film, The City of Lost Children, 1995. La Cité des Enfants Perdus is a richly detailed grown-up fantasy that is often compared to the oeuvre of Terry Gilliam. Evil scientist Krank abducts children from their toxic-looking wharf-side existence. The innocent dreams of the children are harvested to sustain Krank’s bleak immortality. American Ron Perlman, like an incongruous ogre decked out by Jean-Paul Gaultier, helps a gang of clever kids battle cyclopes and the wicked scientist to rescue their friends and family. Dominique Pinon comically plays Krank’s clones, each of whom believes is the favourite son of the madman. Scary dreamscapes, clever inventions and crazy schemes abound. This high-tech film turned into another cult hit for Jeunet. 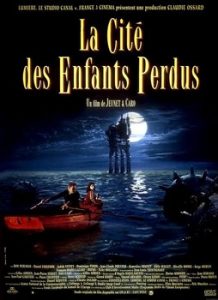 Delicatessen and The City of Lost Children are literally dripping with gloom. Not your cup of tea? –  then the spoonful of sugar is Amélie. Released in France in 2001 under the title Le Fabuleux Destin d’Amélie Poulain, it smashed the box office both at home and in the English-speaking world.  Winsomely played by Audrey Tautou, Amelie tells the fanciful story of a young loner who discovers she has a gift for positively influencing the lives of others, yet the heart of the one she loves remains elusive. Apart from the frisson of the ghostly oohs Nino whispers into Amelie’s ear, this is a feel-good fable. Jeunet’s talent as a storyteller is in evidence as Amelie’s little stratagems are revealed. She reconnects a man with his estranged family, plays the matchmaker between two lovelorn customers and serves the nasty grocer his comeuppance. Jeunet’s Paris is technicolor fantasy, awash in the optimistic reds and greens of Jeunet’s signature style. Production designer Aline Bonetto expertly set the vision for this and Jeunet’s subsequent films. Yann Tiersen’s score is unforgettable.

Jeunet’s triumph at the box office allowed him the resources and time to adapt the Sébastien Japrisot novel Un Long Dimanche de Fiançailles for the screen. Unfortunately, this absolute masterpiece did not receive the box-office recognition of Amelie. A detective story and a romance A Very Long Engagement, 2004, is set in the months following the Great War. Mathilde, a 20-year-old with a limp and an iron resolve, is again played by Tautou. Mathilde refuses to believe her fiance was executed as a traitor and goes through a coffre of war keepsakes to find each of the characters – survivors –  that knew her Manech in his final days. The mystery is solved through the stories and flashbacks of each of the poilus she encounters. These threads or “wires” all reconnect to reveal a bitter-sweet ending. Tautou is surrounded by the familiar faces of Jeunet’s rotating cast of actors. Marion Cotillard is featured as a vengeful black widow. André Dussollier as her family’s trustee appears again as the adversary in Micmacs à Tire-larigot.

Comic actor Dany Boon is the new member of Jeunet’s film family and stars in Micmacs, 2009, as Bazil, the hero struggling against the arms merchants responsible for a stray bullet in his head. With a tip of the hat to Jeunet’s darker films, gentle Bazil finds solace with a bunch of eccentrics, the “Micmacs,” who carve out a life for themselves deep under a garbage tip. Amongst them are a math whiz, a human cannonball, a sassy contortionist who can twist herself into the size of an iron-clad safe, and the builder of automatons reminding us that one man’s trash is another’s treasure. This new family is more than happy to construct a complex scheme for Bazil’s revenge and each uses their unique skills to pull off a madcap climax.

Jean-Pierre Jeunet’s lush art direction and the magic of his stories, whether dark or sweet, make each one of his films a worthwhile adventure.  Other films in Jeunet’s catalogue are the English-language Alien: Resurrection, 1997 and The Young and Prodigious T.S. Spivett, 2013.

Previous Article Where to Stay on the French Riviera: La Réserve de Beaulieu
Next Article Short Breaks in Picardy: Top 5 Attractions in Amiens