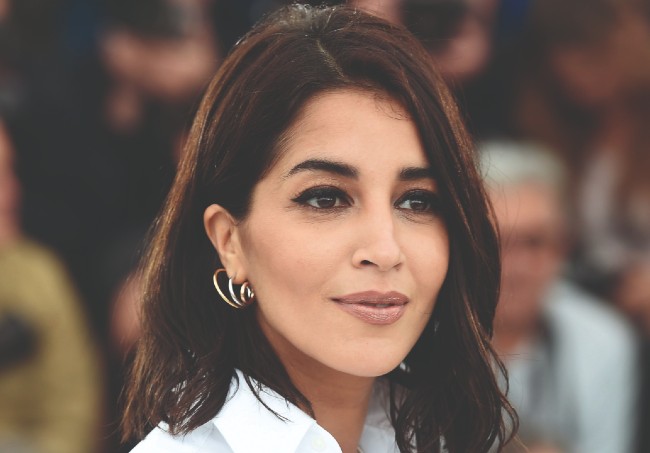 She may not have had much faith in her odds but this hasn’t stopped the actress from grafting her way to the top. Gill Harris reports

As a young woman working odd jobs in Paris, Leïla Bekhti feared she would never amount to anything. Little did she know she would go on to become a superstar of the French screen – both big and small – with a string of memorable roles and glittering awards under her belt.

Born to an Algerian family hailing from Sidi Bel-Abbes, on leaving school Bekhti took on a series of petits boulots, including working with children with special needs in an art-therapy group, telemarketing and a part-time position in her brother’s clothing store, while she focused her attentions on studying at drama school in Paris.

But it was her performance in the only female role in Un prophète (A Prophet) by Jacques Audiard in 2009 which finally made the French cinema world start to sit up and take note. The movie went on to win nine César awards and the Grand Prix at Cannes. It also netted Bekhti a husband in the form of leading man Tahar Rahim, with whom she now has a son.

Fast on its heels followed the surprise hit – and Bekhti’s one-way ticket to stardom – Tout ce qui brille (All That Glitters). The sassy comedy about two friends of humble origins, Lila (Bekhti) and Ely, who pass themselves off as Parisian socialites, was both a commercial and critical success and won a raft of awards – including the César for Most Promising Actress for Bekhti, cementing her place in the higher echelons of French cinema. Far from basking in her own glory, she threw herself into another busy period, and all that hard work paid off, with yet more awards and nominations.

For her latest film appearance, settle back and enjoy the feel-good comedy that is Gilles Lellouche’s Le Grand Bain (Sink or Swim). It tells the tale (based on a true story, no less) of a group of middle-aged men who get together to form a synchronised swimming team. And guess what? It won her another César nomination for Best Supporting Actress.

For someone who feared she would do nothing in life, it turns out Bekhti has managed to do an awful lot.

Early career: Bekhti’s work ethic paid off with numerous roles in acclaimed films and television series, but her star finally began to shine with the success of Un prophète, which was nominated for 13 César awards, tying it with just three other films for the most nominations of any movie in César history.

I know the face… A surprise hit, peppy comedy Tout ce qui brille put Bekhti on the map in 2010. The actress hasn’t looked back since.

Where will we see her next? Bekhti stars as Amanda in Gilles Lellouche’s Le Grand Bain – for which she earned a Best Supporting Actress nomination.

C’est pas vrai! In 2011 Bekhti was signed as the face of L’Oréal. But more than just a pretty face, the actress has hidden depths. She speaks Algerian Arabic, learnt from her grandmother; and her cover of Véronique Sanson’s Chanson sur une drôle de vie, performed with Géraldine Nakache on the soundtrack of Tout ce qui brille, hit the charts in 2010.