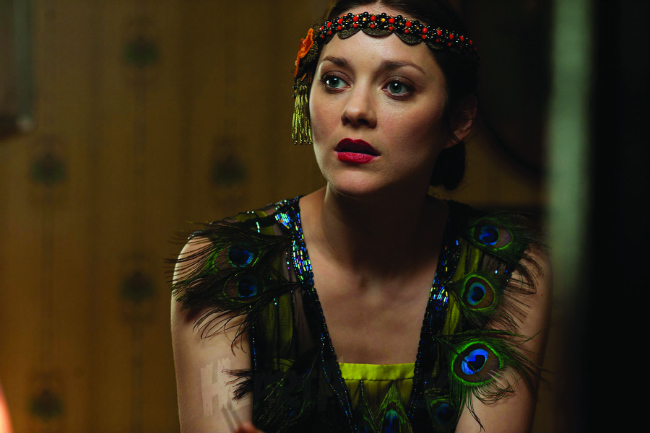 Understandably lost amongst the more harrowing news headlines around last year’s National Day in France was the announcement that actress Marion Cotillard’s name, along with some 650 other figures from politics, culture, sport and public life, had been put forward for the country’s top honour, the Légion d’Honneur. In recognising her stellar career in both French film and, more latterly, Hollywood, the French powers-that-be have placed her in exalted company.

Cotillard is no stranger to prestigious gongs: she was awarded the Order of Arts and Letters in 2010 in a memorable ceremony in which Culture Minister Frédéric Mitterrand erroneously stuck a pin through her blouse as he fixed the medal on – and she became the first French woman since 1960 to win the Oscar for Best Actress for her mesmerising Édith Piaf portrayal in La Vie en Rose.

Cotillard’s acting timeline shows amazing flexibility; whether appearing in blockbusters alongside the likes of Christian Bale and Johnny Depp (Public Enemies) or carrying a smaller-scale Dardenne brothers heart-wrenched (Two Days, One Night), she eats up the screen with subtlety and finesse, using her eyes and face for maximum emotional effect. And, given that her films have grossed $3 billion, she now, understandably, has her pick of scripts on both sides of the Atlantic. Her agent must sleep well at night.

Early career: Having grown up in a creative, culturally active family (her father is an actor and former mime, while her mum was an actress and drama teacher), the teenage Marion started in theatre before earning a few low-key TV roles such as in Canadian series Highlander.

I know the face… She hit the big time in France in Taxi and its sequels before gaining a César nomination for her role in Pretty Things. A Good Year enamoured her to an English-speaking audience, but an astonishing portrayal of Édith Piaf in La Vie en Rose sent her star stratospheric.

Where will we see her next? Some big Hollywood roles are in the bank: Allied, a romantic thriller with Brad Pitt; and as a scientist in the big budget Assassin’s Creed.

C’est pas vrai! Preparing for her English-speaking role in Michael Mann’s Public Enemies, Cotillard didn’t speak French for four months. Had she not acted, Cotillard would have liked to have been a singer – though, ironically, due to shooting schedules, she didn’t sing as Piaf.