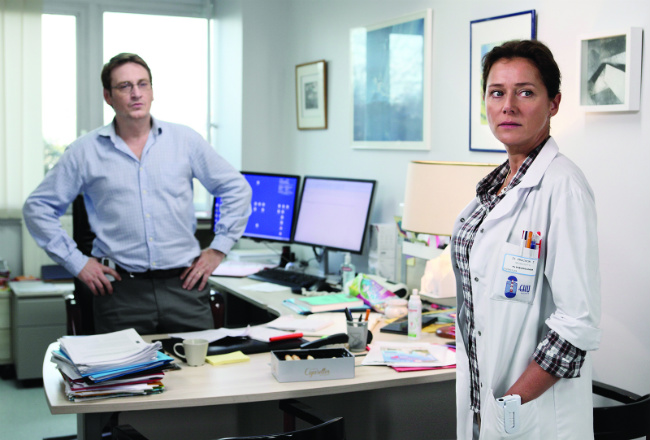 The latest in director Emmanuelle Bercot’s relentless crusade against social injustice, La Fille de Brest takes on the story of real-life whistleblower Dr Irène Frachon, who single-handedly fought a corrupt system to withdraw the harmful Mediator drug from the market.

Mediator was originally marketed to overweight diabetics but often given to healthy women as diet pills. Between 1976 and November 2009, five million people were prescribed the medication, which claimed as many as 500 lives. The ensuing scandal grabbed headlines nationwide.

In an effort to remain truthful to events, Bercot painstakingly recreates the bureaucratic clashes between Frachon (Sidse Babett Knudsen) – a lung specialist at Brest Hospital in Brittany who first alerted the authorities to the drug’s damaging side-effects after witnessing them first-hand in her own patients – Mediator’s manufacturer, Serbier, and the governing bodies charged with vetting pharmaceuticals.

Knudsen flawlessly channels Frachon’s fury and steely determination, delivering a gripping but always nuanced performance as the unyielding doctor. Benoît Magimel is equally convincing as her accomplice. We doff our caps to Bercot’s raw and uncompromising attempt to chart the David versus Goliath drama which rocked France.