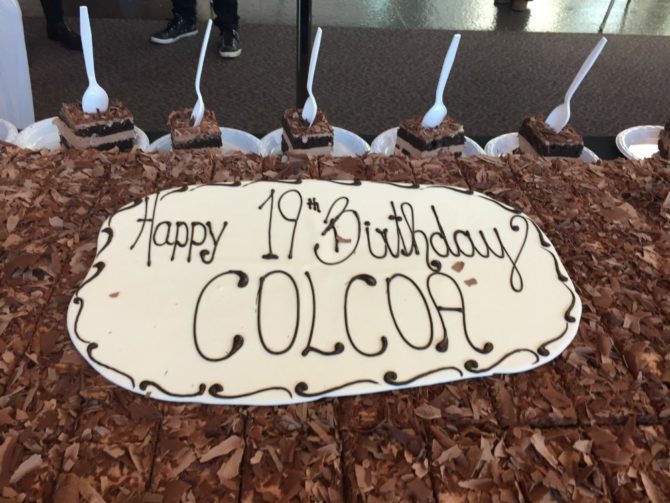 The 19th annual celebration of COLCOA (City of Lights, City of Angels) French Film Festival in Los Angeles wrapped on Monday night, April 27th at the Director’s Guild of America.

Expertly helmed by François Truffart, COLCOA Executive Producer and Artistic Director, the festival was a grand success. Starting with the opening night festivities, attendees were feted with French wine and champagne, while feasting on French delicacies catered by the Club Culinaire of Southern California.  COLCOA’S opening night featured the North American premiere of the gripping, suspenseful thriller Un Homme Idéal (A Perfect Man), with the lead actor, Pierre Ninay, in attendance, and present for questions after the screening.

The array of 68 films showcased la crème de la crème of all genres of French cinema. New this year, COLCOA introduced a competition dedicated to films and series produced for television. Some stand-out events at the festival included Happy Hour Talks followed by wine and cheese receptions, free morning reruns, as well as closing day screenings offered free of charge.

Another highlight was the World Premiere of Un Peu, Beaucoup, Aveuglement (Blind Date), a delightful romantic comedy. The film’s director and star, Clovis Cornillac, made remarks and took questions after the screening.

This year, the festival’s 19th anniversary was marked by a spectacular (and lighter-than-air!) chocolate cream cake that measured a whopping 19 feet in length. COLCOA has become bigger and better every year. Next year’s 20th anniversary celebration will definitely be an Ooh-La-La sensation!

Barbara Gerber is the France Today Ambassador for Los Angeles.