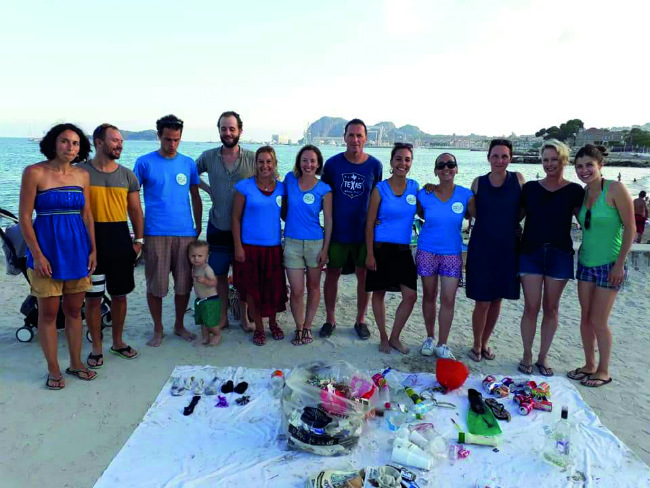 Litter on the beach affects everybody. Kristin Espinasse joins the clear-up effort…

Here in La Ciotat a citizens’ initiative to clean up our beaches is turning heads. Le Déchet Zéro & Co. meet on Wednesdays beside our sparkling turquoise sea. Its shores, littered with mégots, paillettes and touillettes, seem to breed garbage during tourist season, when vacationers leave behind more than footprints in the sand.

Out jogging along the boardwalk, my husband encountered the éco-citoyens. He learned that the next scheduled clean-up fell on our 24th wedding anniversary. So instead of dinner out we celebrated in a more meaningful way: with a symbolic ‘cleansing’!

Packing cloth gloves, reusable poubelles, and a post-clean-up apéro (What to bring? My fridge was empty and my canteen – no plastic allowed – was missing.) Pas de souci! The goal is to fight trash by using what you have. Noticing my uncle’s christening cup in the back of an armoire, I threw it in with the rest. I finally had an excuse to put it to use! I only hoped I wouldn’t look chichi pompon sipping from a sterling silver goblet…

At La Plage Lumière we recognised the blue-shirted volunteers. Amélie, Magda and Gaëlle greeted us before handing over a release form stating our awareness of the dangers of collecting waste. Eager to begin, Jean-Marc borrowed a pair of three-foot-long attrape-touts and headed towards the plastic-cluttered seawall.

Following Amélie to the beach, I looked like Goody Two-Shoes with my pristine garden gloves and white paper bag, but any awkwardness quickly fell away when she underlined our objective: we weren’t here to shame the litterbugs; rather, by our plucky example, to sensitise them to the problem.

Et quel problème! A waterfront of discarded lollipop holders, cigarette cartons and forgotten socks! A woman called out as we combed the beach: “My six-year-old wants to play with those cool garbage pinchers!” Amélie seized the opportunity to chat about the satisfaction of volunteering…

“Let’s head to the esplanade,” Amélie suggested. We were clearing the streets of soiled napkins and bottle caps when an old man approached us. “Tomorrow, there’ll be more!” he grumbled.

“Je le sais, mais je fais ma part,” Amélie sympathised with the naysayer before sharing with him La Légende du Colibris, the hummingbird who worked to put out a forest fire, drop by drop. 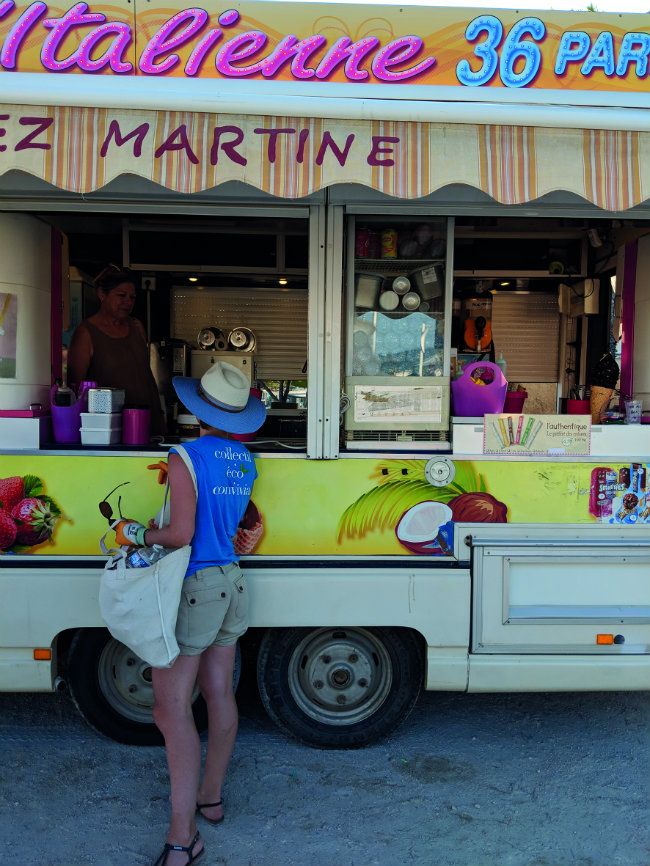 Moving on, a carpet of plastic spoons covered the ground beside an ice-cream truck. Amélie struck up a conversation with the owner, who eventually warmed to the suggestion of ordering wooden spoons the next time. This last win brought our hour-long mission to a tidy end.

As the sun set over the Mediterranean, we mingled, over drinks, with other volunteers (one of whom gave my silver cup a thumbs-up). Beside us, on display on the ground, hundreds of pieces of plastic waste caught the attention of passers-by. Mission accomplie.