Female Chefs in France: Making their Way in a Man’s World 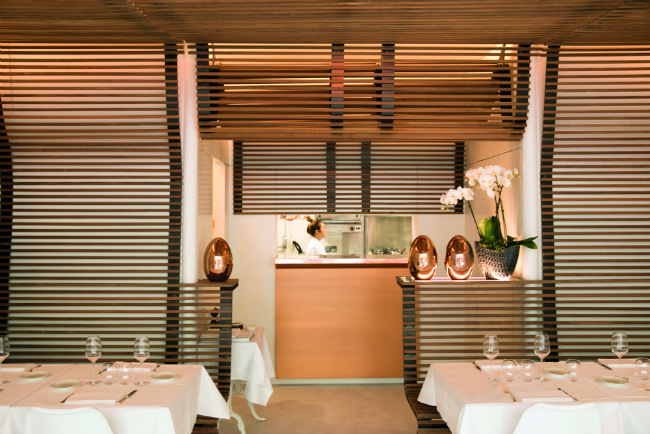 French chefs often cite their mothers or grandmothers as their biggest influence. Yet in France’s elite kitchens – and its awards ceremonies – women are still glaringly absent. Jennifer Ladonne reports on on-going efforts to rectify this

For Kwen Liew and Ryunosuke Naito it was the night of their lives. Two days earlier, a team from the Michelin Guide, France’s arbiter of taste, had made a surprise visit to the chefs at their restaurant, Pertinence, in Paris’s 7th arrondissement, to inform them of their first Michelin star, just 11 months after they opened.

But when they arrived at the ceremony, Liew’s name wasn’t on the list, nor was there a starched white chef’s jacket waiting for her, like there was for all the other recipients of stars. Yet there was one for Naito, her male partner.

“I wore a men’s jacket to go on stage,” says Liew. “And the screen didn’t mention my name; we ended up announcing it ourselves.” 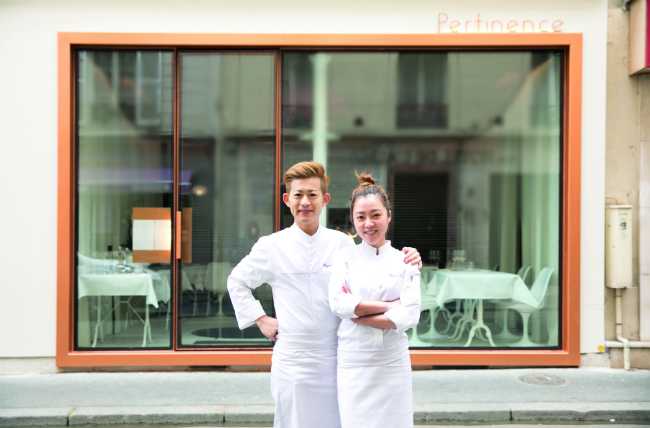 While Michelin was profoundly apologetic, the oversight spoke volumes. But no more eloquently than the roster that night. Of the 621 star recipients for the 2018 Michelin Guide, only two – both part of male-female chef teams – were women. It was a particularly meagre outcome in a long history of meagre outcomes.

“For each region, I waited for a woman’s name. I said to myself, ‘it will be the next one’. Then finally, ‘it will be next year’,” said Fanny Rey – the only female chef to win a star in 2017, along with her partner, pastry chef Jonathan Wahid – to the magazine Madame Figaro.

Yet although France’s haute cuisine culture is overwhelmingly dominated by men, some women chefs – especially those in elite kitchens – will not go as far as to use the word sexist, preferring to explain the disparities as part of a “macho” culture in professional French kitchens that can be as challenging for men as it is for women.

Stéphanie Le Quellec at La Scène. She has since left the restaurant to start a new project. Photo: Louis Teran

Stéphanie Le Quellec, who won a Michelin star in her first year as chef of La Scène, the gastronomic restaurant at the five-star Prince des Galles hotel, after more than ten years of working in some of France’s top haute cuisine kitchens – often as the only woman – supports this notion. “I believe our métier is all about hard work,” she says. “If you work really hard, regardless of your gender, your work will be recognised. It is of course a somewhat brutal career, so you have to develop a shell and have character, and not be overly sensitive.” 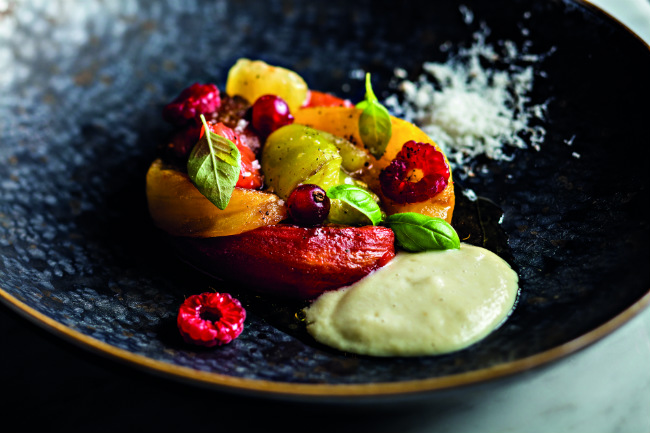 Since her 2014 triumph, a second star finally came this year. Le Quellec – who is the mother of three children and whose husband is also a chef – is adamant that women should not be given any favours. “If there is one thing as a woman I cannot stand it is to be the token woman. I want legitimacy. If I get another star it must be because of my work. The feminist struggle is meaningful only if women are celebrated because of their work and not because of their gender. I would prefer never to get a second star than to get one for the wrong reason.” 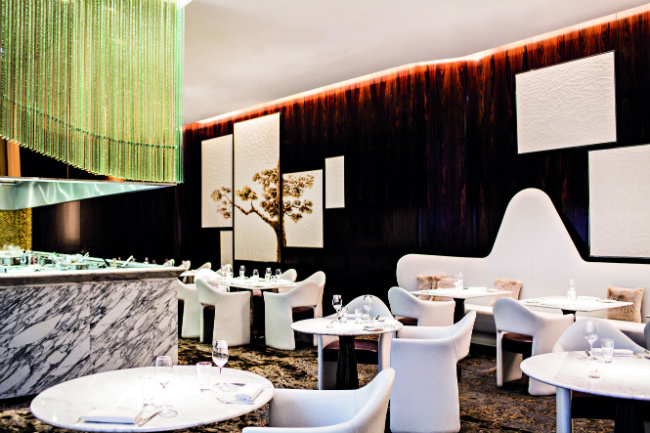 Many female chefs feel that for a woman to survive in an elite kitchen it takes twice as much grit and determination, and a will of steel. To prove themselves in the business, women must also “keep their heads down,” says Liew. They must work harder than anyone else and keep quiet.

Marine Schneck, a private cook who interned in the kitchen of a fabled gastronomic bistro while in cooking school, compares the atmosphere in the kitchen to “a locker room” where “the talk can be so vulgar that women (and men) they are working with can feel excluded and injured to hear it”.

She also points out that while the work ethic was impeccable and the kitchen “incredibly professional”, immaturity and a lack of worldliness definitely play a part. “These guys work really, really hard from the age of 15, 16… The kitchen workers are like their family. But there is no education about how to behave.”

Many women decide it’s not worth it and either become private chefs or opt out of the business altogether – especially those who want a personal life and a family. Others endure the punishing schedule and strenuous, even toxic, atmosphere as the only route available to opening their own restaurant. 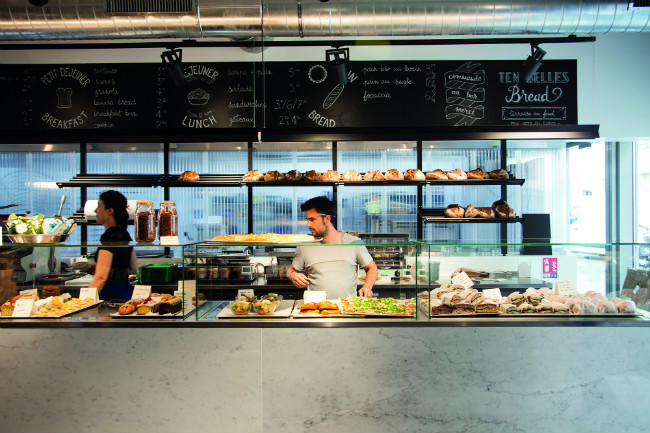 “When you’re a woman in this industry you begin thinking about starting your own business pretty soon because the best way to make sure you can have a personal life is to be your own boss and to create a more flexible schedule,” says Alice Quillet, the co-owner of Ten Belles Bread and two other popular cafés with her business partners, Anna Trattles and Anselme Blayney.

But being their own boss did not necessarily mean recognition of that fact. “When our supplier delivers the produce, he says, ‘hello, girls’ to the women in the kitchen and then ‘hello, Chef’ to my commis chef every time, even though he knows I order, I sign off. If you’re the man they go straight to you,” says Trattles. 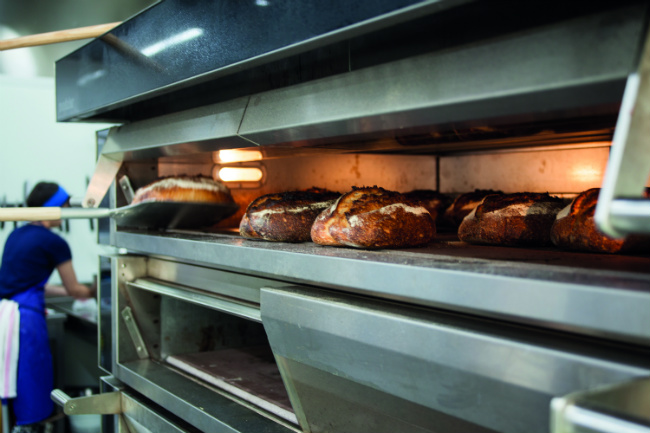 Quillet even recalls once arriving at a meeting with a lawyer only to have him shake the hand of her male partner and to ask her merely to “fetch him an orange juice”. “It’s a generational thing, a French thing,” she explains.

Stories like these are far too common among female chefs in France. So common that, in the past five to ten years, they have begun to beat another path, creating their own culinary identities along with an atmosphere more sympathetic to women, and, by extension, to families. It is a path that has coincided with the rise of the ‘bistronomy’ movement and an influx of chefs coming to Paris from around the world – including Liew and other young women. After training in respected kitchens, these young chefs often strike out on their own, unburdened and unbothered by traditional norms and eager to try out new ways of doing things.

Bistronomy always sought to take technically precise, meticulously-sourced gastronomy out of the stuffy settings of elegant restaurants and into a more convivial, less expensive setting for a clientele that was not so fussy, yet still interested in inventive, accomplished cuisine. It meant that young chefs were freer to experiment, to introduce the flavours of their native country, and to bend, or even break, the rigid codes of haute cuisine – and thereby escape the immense stresses of the star system. 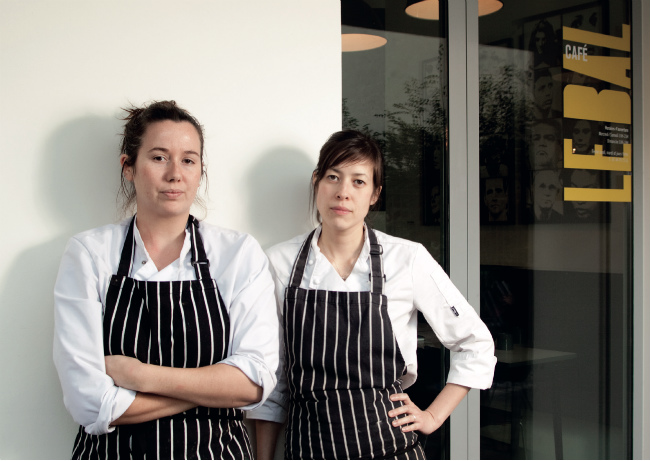 Bistronomic restaurants were also more democratic in the kitchen, giving women not only a less onerous place to learn but also a model for ownership. Rigorously-trained women from haute cuisine kitchens began opening their own restaurants where they could determine the hours and open only on weekdays if they pleased, making room for a personal and family life. Bistronomic restaurants, like Le Servan (Tatiana Levha), Le Mermoz (Manon Fleury), Auberge Flora (Flora Mikula), Nomikai (Bérangère Boucher) and Etsi (Mikaela Liaroutsos), have earned praise and prizes from other champions, most notably the guide Le Fooding. But there are many others at the helm of world-cuisine restaurants, cafés and bakeries that remain somewhat in the shadows.

The lack of recognition, at least in terms of Michelin stars, still dogs many women chefs who do dream of a star and are working hard to stunning effect. It is a situation no one has researched as extensively as the French filmmaker Vérane Frédiani. 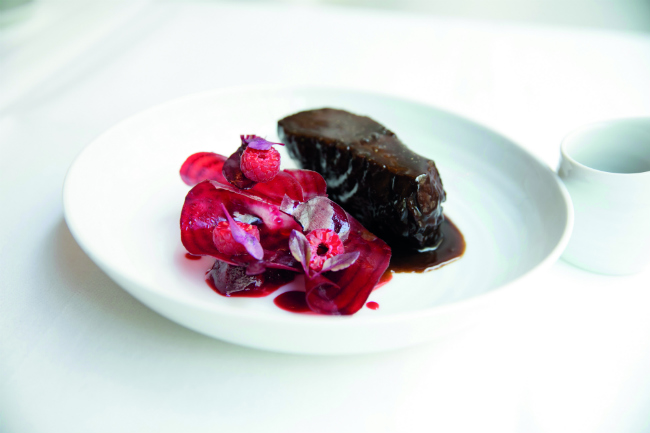 Infuriated by the lack of female representation, Frédiani set out to discover what relation the paltry Michelin ratios actually bore to the culinary scene. What she found was both predictable and not: there were plenty of women chefs out there, but aside from the few starred chefs in the spotlight – like Anne-Sophie Pic, the most recent French woman to gain three stars (in 2007), and Hélène Darroze, holder of two stars – women were not getting the attention afforded to men.

Nor were they getting the funding. And no matter how talented a female chef is, without the means, how can she “move forward and think big, be creative at 200 per cent,” asked Frédiani in an interview with French Marie Claire. 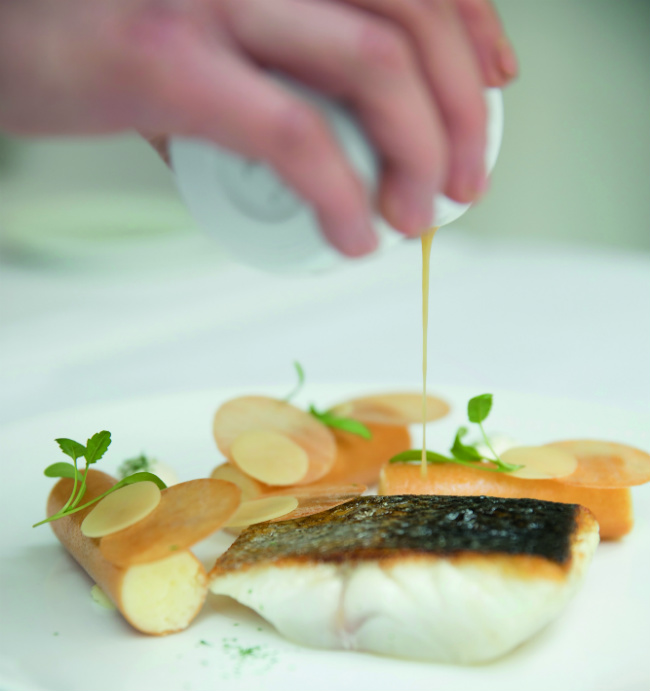 Even more insidious, Frédiani cited the problem of “legitimacy”. “They [women chefs] often find it hard to value themselves and to say that they want more because they deserve it… Women are reluctant to say they have worked hard because they do not want this admission of effort to be associated with some form of limitation. It would not happen to men. I think we have a problem of self-confidence to deal with.”

Frédiani used the example of Eugénie Brazier, the first woman to gain three Michelin stars, in 1935. Brazier’s innovations as the first cook to insist on fresh ingredients, to encourage imaginative pairings and to move away from the rich, heavy dishes of the past were a revelation to chefs like Paul Bocuse, often cited as the founder of Nouvelle Cuisine, who trained under Brazier. Bocuse is now a household name in France, but Brazier – who, according to her 1977 obituary in The New York Times – was “never a proselytizer or a leader”, is remembered mostly for the restaurant in Lyon that still bears her name. 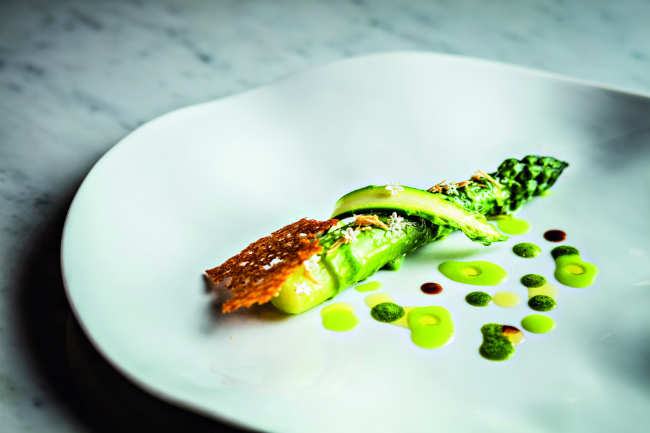 When Frédiani asked young women in cooking schools the name of their heroes, many couldn’t think of the name of a single woman chef. This is something that Frédiani addresses head on in her 2016 documentary À la Recherche des Femmes Chefs (which in English goes under the title of The Goddesses of Food, perhaps because the Proustian reference is lost in translation) and in her new book Elles Cuisinent, released in late October 2018, where she attempts to right the record, profiling the women chefs who can provide valuable role models for a new generation of young women in culinary schools.

Women are advancing slowly, but there’s much further to go. And chefs like Le Quellec, Darroze and Pic are rethinking their position as role models for young women. Indeed Pic, who only recently started speaking out about her own battle with sexism in the kitchen after more than 30 years as a chef, told The Gentlewoman: “Now I’m looking at my profession as a woman and how I might be able to change people’s thinking and behaviour in the industry in that regard. There’s still work to do.” 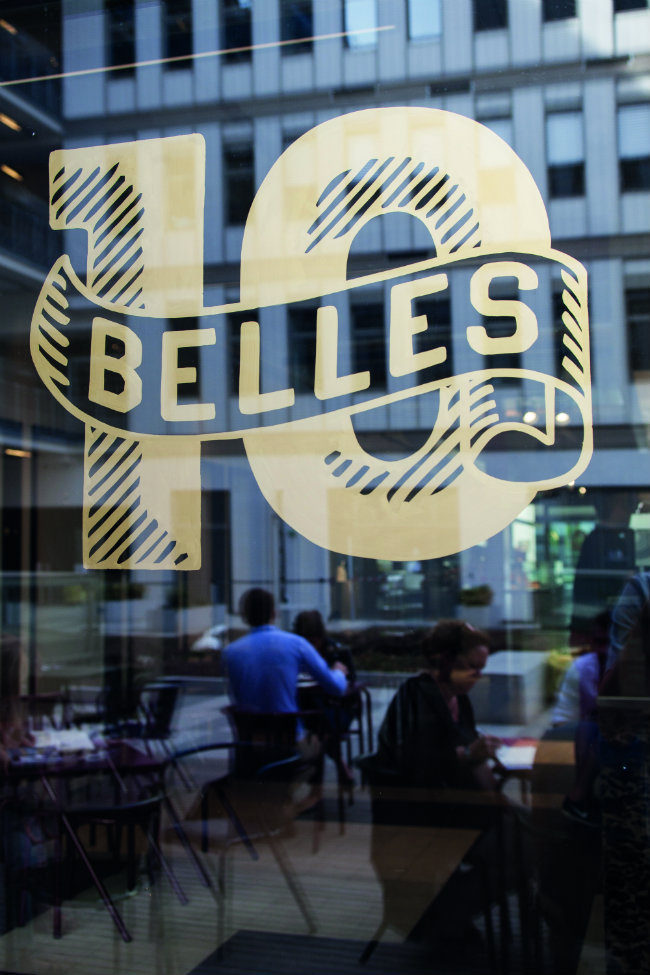