My Meudon: Explore the Town Just Outside Paris 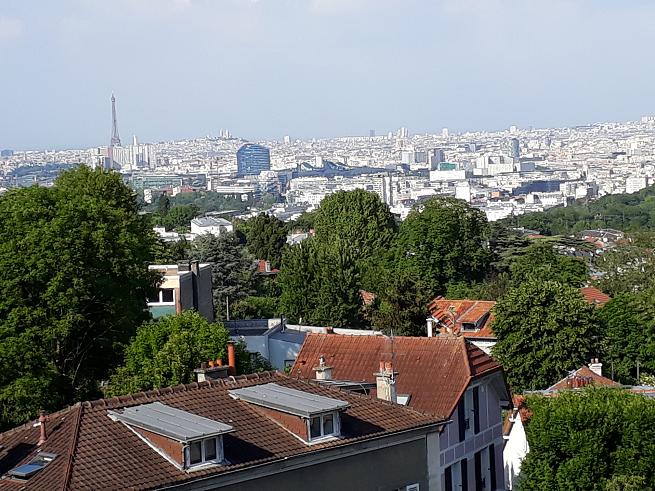 I am an American who has lived in France for many years as a naturalized citizen. I would like to tell you about my hometown called Meudon– situated 15 minutes on the RER C train southwest of the Eiffel Tower and 15 minutes northeast of the Chateau of Versailles. My motivation for this essay was initiated when I attended a concert last year at the house formerly owned by the organist Marcel Dupré. I will describe the concert in more detail below, but the elegance and beauty of the music, the architecture, the educated audience inspired an intense nostalgia for something I had never known, but can still be discerned in this suburb of Paris: Civilization.

Meudon has played a bit part in the history of art, music and literature, and this history lingers on in daily life. The local museum has produced a number videos, including this one, that lists the artistic personages who have passed through Meudon. 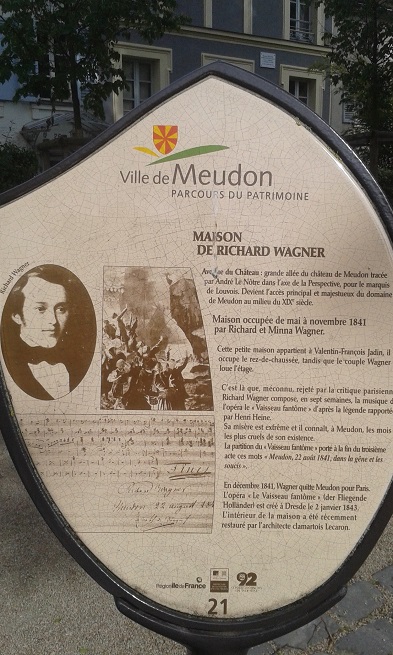 The plaque at Wagner’s house

The first was Rabelais, who because of his literary power and historical importance, is considered one of the great writers of literature and among the creators of modern European writing. His literary legacy is such that today, the word Rabelaisian has been coined as an adjective inspired by his work and life. In 1547, he became a curate at Meudon, where he lived up to three months before his death in Paris in April 1553. We find his name often in Meudon, including the name of a high school.

The widow of Molière, the French Shakespeare, bought a house in Meudon (she lived there 1676-1700), that is now the home of the same art and history museum.

The great sculptor Auguste Rodin had a house in Meudon. The museum at his house in Paris is wonderful and well known, hence the crowds; but the house in Meudon is also a museum (Musée Rodin-Meudon) where you can commune with the master (he is buried there) and his works almost alone.

The innovative 20th century writer Louis-Ferdinand Céline settled in Meudon after his return to France from exilea fter the war (he was tried in absentia for collaboration and antisemitic writings). Céline died on July 1, 1961 of a ruptured aneurysm and was buried in a small cemetery in Meudon near his house. See this interview that took place in the Meudon house.

The German composer Wagner spent a few months living in Meudon in 1841 writing The Flying Dutchman. The plaque in front of his house quotes him: “Sa misère est extrême et il connaît, à Meudon, les mois les plus cruels de son existence.” My translation is: “At Meudon his misery was the most extreme he had known, the months were the cruelest in his existence.” 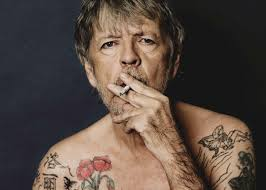 Renaud was bored in Meudon

What I find amusing is that almost 180 years later the aging French rocker Renaud had a similar experience.  From Paris Match we learn “Si j’ai pu dire que je m’emmerdais à Meudon, ce n’est pas la faute de Romane, ni celle de la ville, ni de la maison ou même de ma rue, qu’on a prétendue être sinistre, mais tout simplement de la mienne!” My translation is: “If I said that I was in the s*** living in Meudon, it was not Romane’s [his wife] fault, neither the city’s fault, nor the house, nor even my street, which was said to be sinister [it is next to the cemetery where Céline is buried], but it was all just me!” For Wagner it was the critics and lack of money. 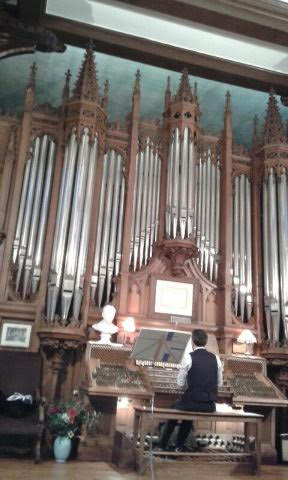 The organ of Marcel Dupré

Marcel Dupré was in the line of great organists of the Paris church Saint Sulpice. One of my favorite pieces of organ music is Toccata from Symphony No. 5 composed by Charles-Marie Widor, one of Dupré’s teachers. I attended the concert at Dupré’s Meudon house, now owned by a retired pharmacist who also owns the local crêperie. It is a lovely house and you can see the organ in the picture I took that evening. The granddaughter of Dupré was there and made a little speech. She described watching her grandfather compose at this organ a memorial after the death of her mother– his daughter. She also told of us of the visit of Sergei Rachmaninoff after the revolution. All of this added to the performances by the attractive young people made for a wonderful evening.

Physically Meudon is hilly with a forest and wonderful parks. On one hill was a grand chateau that was destroyed by fire in the 19th century. Later an astronomical observatory was built on the site. While the observatory is obsolete, Meudon is the location for astronomical research of the CNRS (Centre National de la Recherche Scientifique). Now this site is a park called the Observatoire with a magnificent view of Paris. Many town events are held there including a day of running races for all ages in the spring. Not far from there is another park called the Potager du Dauphin (Vegetable garden of the prince the son of Louis XIV). 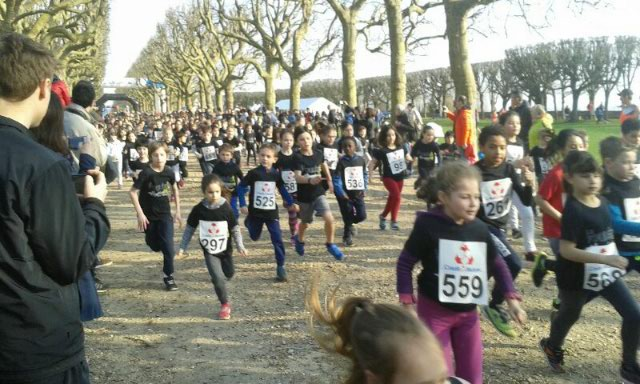 My daughter is somewhere in this stampede at the Observatoire

Of course France is still known for its food. Very close to our apartment is a covered market. Shopping regularly while seeing the same merchants one becomes known, especially if he is one of the rare Americans. 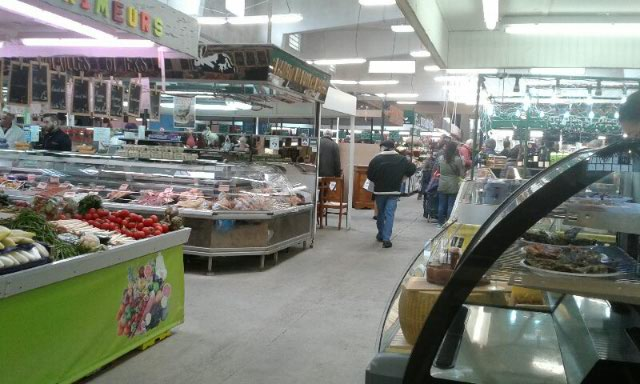 The covered market a couple of minutes walk from my apartment

The fishmonger who offers oysters on Sunday morning with a glass of white wine. I must bring my own Tabasco sauce because the French eat oysters with shallots in vinegar.

Meudon is not one for diversity; however, there is a major Portuguese community that has been established for several decades. In the 1960s after the independence of Algeria hundreds of thousands of pied-noir returned to France. A new quarter was constructed in the forest for some of these people called Meudon-la-Forêt. It is modernist, not my cup of tea, but well done. My daughter’s fourth grade class is a majority traditional French, but also there are many children from Africa. In Meudon everybody seems to get along.

Meudon is a wonderful place to live and raise a family due to the history, people, and culture here. I hope you can find your own Meudon.

Previous Article The Best of the New in Paris
Next Article Where to Stay and Eat in Burgundy: La Fontaignotte in Semur-en-Auxois