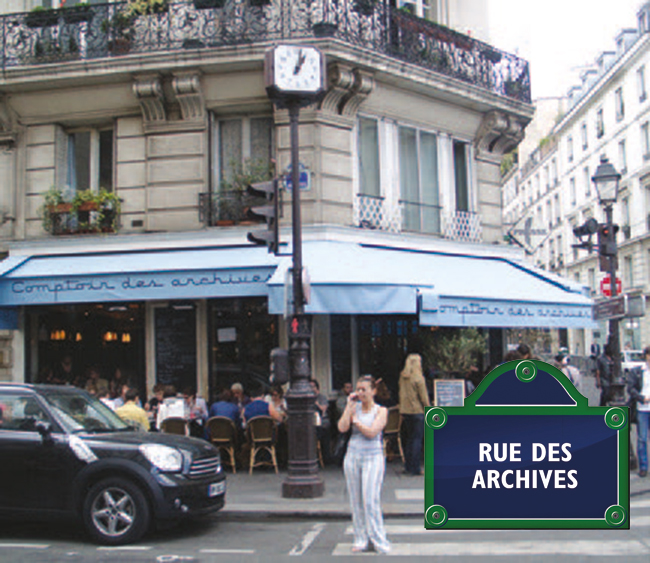 A Parisian temple for history keepers

The Rue des Archives runs from Rue de Rivoli to Rue de Bretagne, originally formed by the merging of several medieval streets in the Marais. No big mystery as to the origin of the name, as this street runs alongside the Archives Nationales de France. The archives were created during the chaotic times of the French Revolution in 1790, to centralise and preserve the private and public records seized by the revolutionaries.

This resulted in Archives Nationales having one of the largest and most important collections in the world – which comes as no surprise considering the French state has been in existence, in one form or another, for more than 12 centuries. Documents in the vaults date all the way back to AD 625, in the form of a papyrus from the Basilica of Saint-Denis. Seized at the time of the French Revolution, it confirms the grant of land in Paris to the Abbey of Saint-Denis issued by King Chlothar II.

The museum is well worth a visit, and its home, the Soubise and Rohan mansions, are among the most beautiful palaces in the Marais. The delightful garden, open to the public, offers a respite from the bustle of this popular neighbourhood. On your way you may pass number 25-27, the address Victor Hugo gave to his character Jean Valjean in Les Misérables.