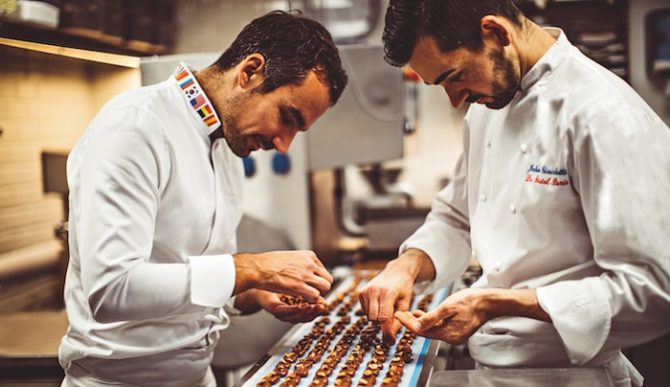 Le Bristol Paris will reopen on September 1 with a new garden and new suites. In the meantime, Nicola Leigh Stewart is dreaming of the artisanal chocolate factory…

An Artisan at Heart

After unveiling Éric Fréchon’s artisanal flour mill and bakery in 2019, Le Bristol Paris once again put craftsmanship at the heart of its offering with its own chocolate factory. The chocolate atelier is described as a dream come true by head pastry chef Julien Alvarez, who in a similar move to Fréchon and his bakery, put in place his own workshop with the hope of making Le Bristol entirely self-sufficient in chocolate production. Previously, the palace hotel worked with master chocolatiers Jacques Genin and Jean-Paul Hévin, but Alvarez wanted to have a more hands-on role in artisan chocolate-making.

“I love the smell, the delicate touch, the malleability of chocolate, it’s an incredible substance,” he enthuses. “To create 100 per cent homemade, 100 per cent artisanal is in the DNA of the place, so I knew my dream would ultimately come true.” 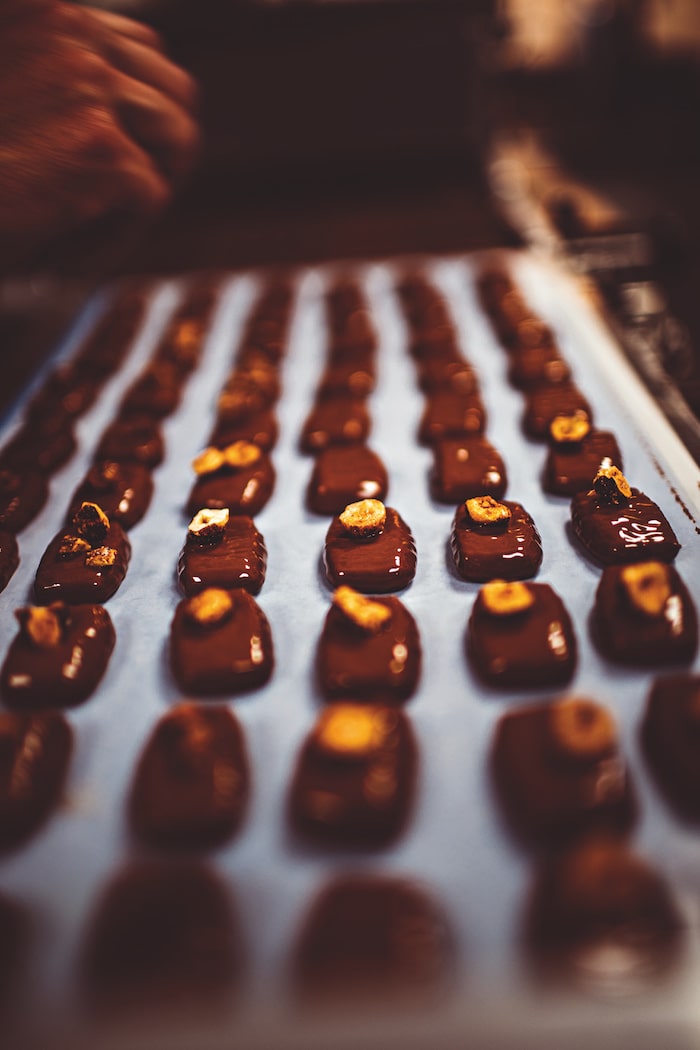 Alvarez began working on the project early last year, little by little replacing the previous confectionary with chocolates made by his team. Now, he serves guests only chocolates that have been handmade in the chocolate atelier, a small space, consisting of just four tiny rooms, equipped with tailor-made machines that can carry out the process from start to finish.

The first step is to make the moulds for chocolate, with a stable temperature of 24°C, while the next depends on the creativity of the chefs. A grinder might crush hazelnuts from Piedmont to decorate delicious mendiants, or whip together a fresh and crunchy praline paste; another machine decorates the chocolates, spraying them with natural dyes, or perhaps enrobing marshmallows in a velvet ganache.

The chocolates are stored in a separate room where the temperature is kept at a cool 17°C. On average the small factory produces around 3,000 chocolates and up to 60kg of ganache every week, and shelves are replenished every hour with bonbons fresh out of the atelier. It’s a surprising amount, considering that Alvarez oversees a team of just two chefs, including his right-hand man, chef chocolatier Johan Giacchetti, crowned French Chocolate Champion (Coupe de France des Jeunes Chocolatiers Confiseurs) at the age of just 21. 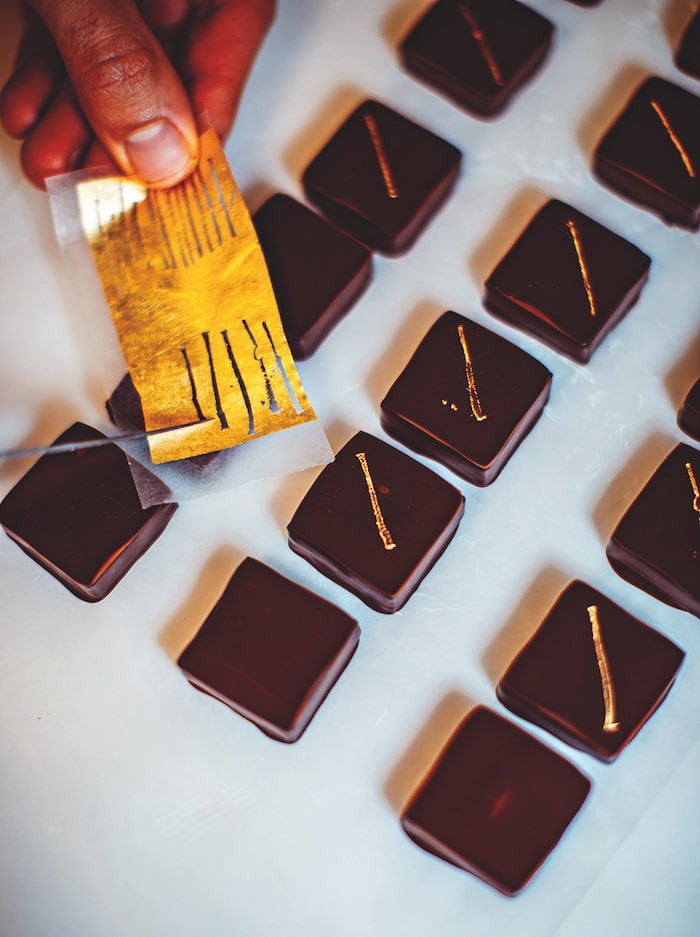 Alvarez points out that chocolate is its own distinctive craft which needs to be mastered separately from pâtisserie, which is where Giacchetti comes in. “This is a tale about artisans,” says Alvarez. “It is a dedication to indulgence, by two people obsessed with the perfect chocolate.”

And perfect they are, with Giacchetti noting that “each chocolate might be remade 10 times before it is perfected for its place on the marble”. Some of the seductive flavour combinations to have made the cut include smoked tea and roasted vanilla, spicy honey, and lime ganache, which will be available exclusively in guest rooms or served as petits fours at Éric Fréchon’s gastronomic restaurants, Café Antonia, and Le Bar du Bristol. The bespoke collection will be available to buy in Le Bristol Paris gift boxes (25 pieces for €40) exclusively at Café Antonia.

Previous Article Travelling to France? Take our Coronavirus Travel Quiz
Next Article Planète Gascogne: Every Gîte Should Have a Copy