My Life in Paris: My New Regime is a Knockout 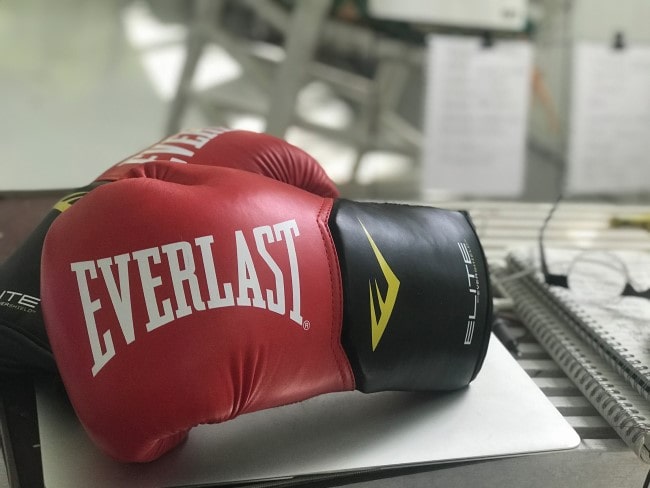 I’m going to keep it real but not in a Kardashian clan sort of way: my father isn’t feeling so well lately, and I’ve been trying to figure out how to support him from afar. I’ve sent him pens, books and sketchpads. But what my feisty dad – a cartoonist, teacher, avid reader, historian and tennis devotee – says he really needs is space to heal.

“I’m now armed to the teeth with 50-some Pentels and Claire Fontaine notebooks! Enough!” he says. “Please stop. I love you, but take care of yourself!” That’s a tough order, but I’m going to try, starting with a bath. Because, like he always says, “After tennis and a hot shower, I’m ready to seize the day!”. Napoleon would have loved him. In fact, one of the Little Corporal’s own mantras was, “water, air, and cleanliness are the chief articles in my pharmacy”.

BACK IN THE RING

This was back when the average person bathed only once every few weeks – if then. Way ahead of any “glamping” or “me time” trends, Bonaparte even brought his own bathtub along on military campaigns.

A stickler for first-rate hygiene, his toiletry kit included everything and the kitchen sink: soap, licorice, toothbrushes, tongue scrapers, razors in mother of pearl and gold, combs, scissors, gimlets, cork-screws, a looking glass in a gold frame, and an ear picker – along with 60 gilt bottles of citrus-scented eau de cologne. All other scents were abolished, wrote personal valet Louis Constant Wairy in a popular smell-all book. According to this gabby servant, Napoleon also had a habit of tossing his outfits all over the room, believing that you “throw off your worries when you throw off your clothes”.

I know the feeling. My room’s a mess, but it’s quite therapeutic. I wake up ready not only to take on the world but embrace it, too. But is it enough? Thinking I might need to add some fitness to my wellness, I decide to follow in the fancy footwork of boxer Jeanne La Mar. Hailing from Paris, the ballet dancer and featherweight champion of the world moved to New York City during the 1920s.

There were naysayers, of course. “Women should keep out of the boxing racket!” the American reporters wrote. “Can you imagine ringside fans yelling, ‘Knock him cold, Jeanne?’.”

But like Hilary Swank in Million Dollar Baby, Jeanne persisted. Rolling with the punches, she even got tough guy ex-cop Lou Stillman to let her train in his gritty New York City gym. Soon she was not only making waves in the papers by jabbing cheek by jowl with the likes of Jack Dempsey, but promoting the “art of bag punching” in Pathé newsreels and on her own Brooklyn radio show.

“Every woman should know how to use nature’s weapon – her fists!” La Mar told reporters in 1922. “It makes women strong and self-reliant. Boxing develops character, quickness, and intelligence.” The story spread quickly, and how could it not, with headlines like, “What to do! Mme. La Mar eager to come to blows with Johnny Buff! She swings a wicked right! Her fists make a fuss! She’s ready!”

Inspired, I daydream about my own strength-building and future media clippings. Granted, the Paris 2024 Olympics are three years away, but this means I’ve got more time to shop for some boxing garb at Decathlon. Then perhaps even train! ‘Dress for the job you want’ is how this amateur athlete rolls. Boxing gloves? Check. Gel hand wrap? Check.

After registering for a class with Camille at the Club de boxe à Louvre Paris, I re-watch Sylvester Stallone as Rocky Balboa slog then bop up the 72 steps at the Philadelphia Museum of Art to Bill Conti’s Gonna Fly Now tearjerker. I sob every time.

But this time I head to rue Foyatier to recreate the scene by bounding up Brassaï’s 285 steps below Sacré-Coeur. Halfway up, my plan gets sabotaged by a baby carriage. Rocky never had to contend with a dawdling French nounou!

Even so, I don’t throw in the towel. Instead, I decide to summit the steep butte again – but just one step at a time. Like Rocky says, “Keep moving forward. That’s how it’s done.”