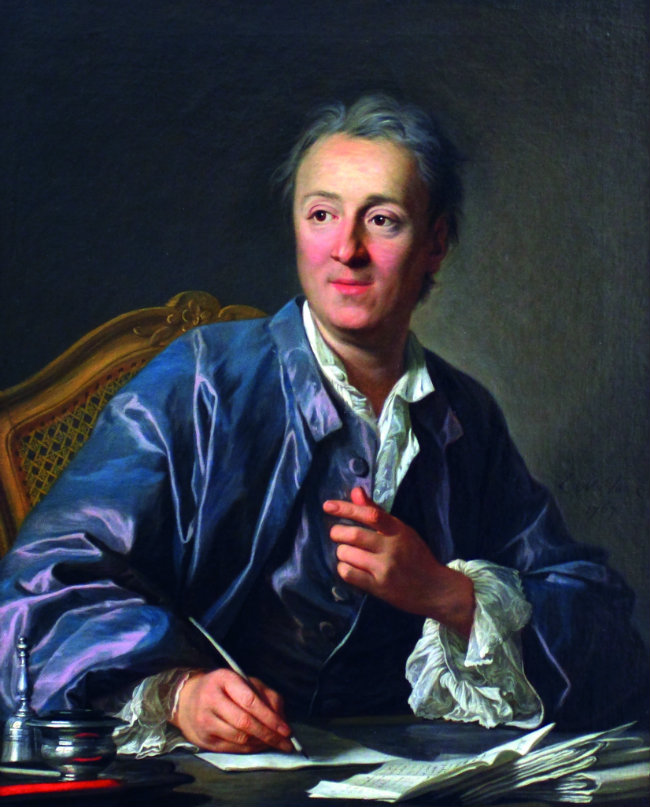 One of the capital’s main arteries, the Boulevard Diderot connects Place de la Nation to the Gare de Lyon. But what did its namesake do to deserve such an honour? In fact, you’re likely to find streets named after Diderot in multiple cities across France.

The French scholar was one of the leading minds of the Enlightenment period and editor of the very first Encyclopedia. The project, which spanned 35 volumes, was not only a huge undertaking but also a perilous one.

The free thinkers of the Enlightenment tended to rub King and Church the wrong way.

Born in Langres in 1713, Diderot was not a man to mince his words, writing that “Man will never be free until the last king is strangled with the entrails of the last priest”– a quality that didn’t make him a favourite guest in the corridors of power.

His controversial opinions landed him in hot water on several occasions. He was even sent to prison in Vincennes for a few months.

A man of such conviction surely deserves a great boulevard, nay a few streets, named after him, surely?

Previous Article Fashion Innovation: The “Made in Paris” Trend in the Capital
Next Article Skiing in August: Sept Jours, Deux Alpes