Where to Eat in Paris : Restaurant Eels in the 10th Arrondissement 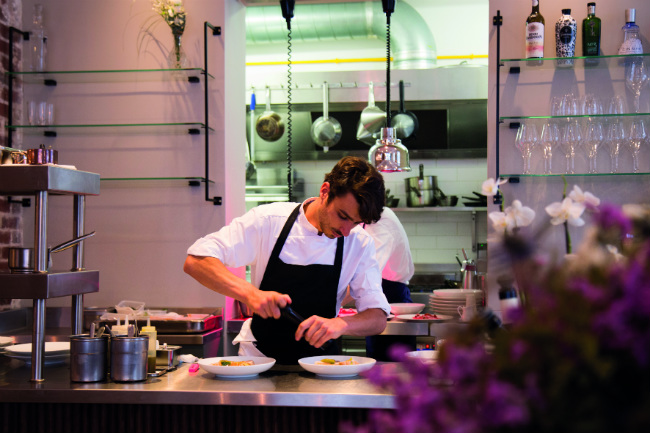 The 10th arrondissement is an old working-class district in the heart of Paris that’s bisected by the deliciously moody and melancholic Canal Saint-Martin and is also the location of two of the city’s busiest train stations, the Gare du Nord and the Gare de l’Est, and has become an intriguing incubator of first-rate new restaurants by talented young chefs. These cooks settle here for the same reason that the area has become a magnet for young Parisian professionals and creatives: affordable rents and real estate.

The latest newcomer is young chef Adrien Ferrand, 25, who formerly cooked at KGB, the annex table of chef William Ledeuil’s excellent contemporary French table Ze Kitchen Galerie in Saint-Germain-des-Prés. Ferrand found an old couscous parlour on the rue d’Hauteville, one of the oldest streets in Paris, and hired designer Pascale Perrier to give it a fresh new look without spending a fortune. This restraint has produced a beautiful dining room with sand-blasted cast-iron pillars, vintage tile floors and exposed brick walls that contrast with retro-style glass suspension lamps and the handsome stainless-steel topped service bar decorated with jars of wild flowers where the chef dresses and assembles his dishes. 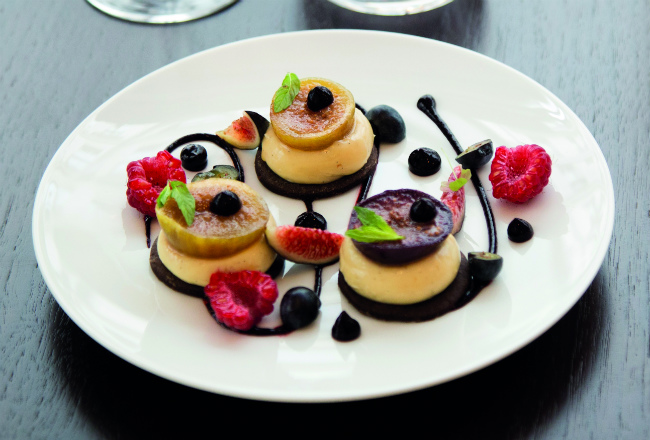 Stopping by for dinner on a rainy night with a friend who’d just got in from London – it was an easy walk for her after arriving by Eurostar at Gare du Nord – we sampled three starters, because she was famished, and we were curious. We shared Ferrand’s signature dish, a refreshing and pleasantly autumnal composition of smoked eel and Granny Smith apple, which gives the restaurant its name, and also a superb carpaccio of red tuna from Guéthary, in the Basque Country, with a tangy tomato marmalade and ponzu sauce and a very good warm salad of roasted beetroot with goat’s cheese and roasted hazelnuts.

All three of these starters were made with beautifully sourced produce and exhibited a flawless but still quietly provocative balance of flavours and textures that revealed the confident originality of Ferrand’s style, which is both surgically precise and shyly lyrical. Main courses were equally impressive, including red Sicilian shrimp in a light saffron bisque with lightly steamed vegetables, and roasted Iberian pork with a clever seasonal garnish of yellow corn, girolles and white beans in a rich jus de viande.

What I also found surprising and impressive was that Ferrand was so little marked by chef William Ledeuil’s signature use of Asian herbs, ingredients and cooking techniques, despite his time at KGB. Instead, his style is solidly his own and politely confident, with the most appetising results. We finished with a vanilla millefeuille with homemade apricot jam and a winsome ‘Ode to Autumn’ composition of apples, quince, brioche, crème fraîche and maple syrup that ricocheted me back through time and across the Atlantic to the spectacular annual deciduous grand finales of my New England childhood, when the leaves blazed bright before falling to the ground almost overnight. And this is the kind of cooking Ferrand does: food that’s freighted with emotion and sincerity.

Though the restaurant was full the night we stopped by, service from a young team dressed in grey shirts and dark trousers, a nod at the idea of a uniform without actually being one, was impeccably alert and quietly charming. If Restaurant Eels is this good just out of the gate, it will doubtless only get better as it settles in, so book now to catch a rising young star while you can. 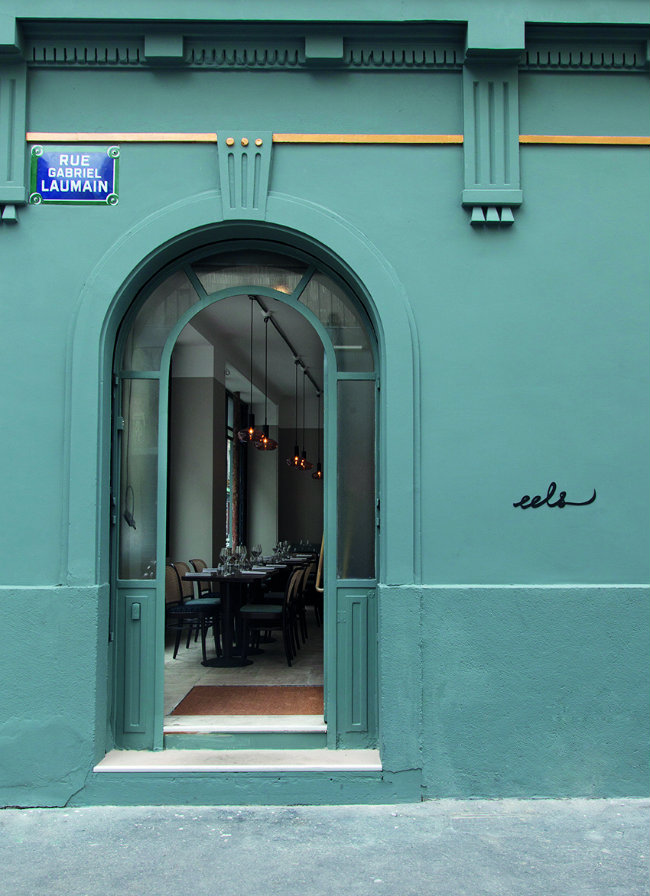 The unassuming exterior of Restaurant Eels

Previous Article My France Favourites: Hazel Smith
Next Article Where to Stay and Eat in the Rhône-Alpes