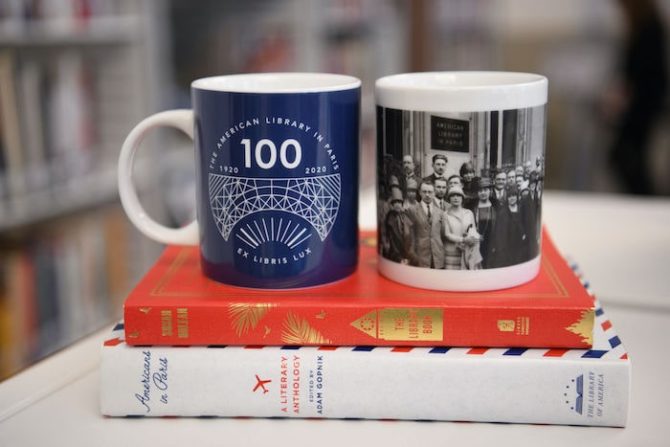 The American Library in Paris recently celebrated its Centennial Gala, an amazing testament to an institution that has withstood the test of time including two World Wars, the Depression, and now COVID-19. The American Library has endured 100 years due to its ability to explore new ideas and to adapt. In response to the novel coronavirus, the Library successfully executed the novel idea of a truly hybrid virtual affair.

The Gala is the most significant fundraising event of the year for the Library. This year’s gala combined virtual programming with simultaneous small, intimate dinner parties hosted at the homes of Library supporters in Paris and beyond. I was honored to virtually attend, joining the Library’s biggest supporters, favourite authors and friends as we dressed up, raised our glasses and interacted with each other via live video stream, to support and celebrate 100 years of tenacity and community spirit. This support is especially crucial as the Library navigates the financial impact of COVID-19. Now, more than ever, we are aware that libraries are much more than a repository for books. In the words of T.S. Elliot, “The very existence of libraries affords the best evidence that we may yet have hope for the future of man.” 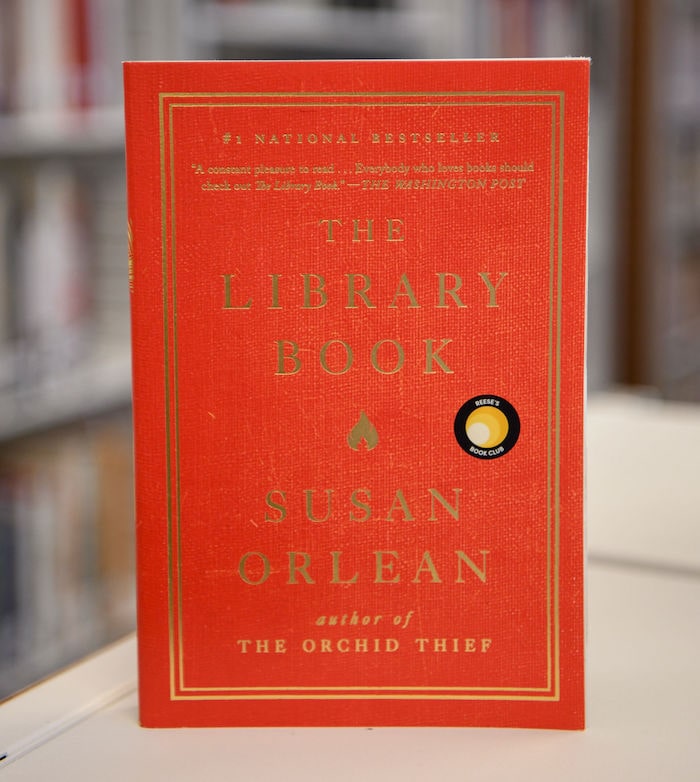 Ambassador to France and Monaco Jamie McCourt helped kick off the event by offering a toast to the Library, stating that, “a century after its founding, the Library is a monument to American excellence in Paris.”

This milestone event featured a live keynote address and discussion with journalist, acclaimed author and supporter of libraries, Gala honoree Susan Orlean. Library Director Audrey Chapuis introduced Orlean, stating that “she understands the soul of libraries.” Orlean is the author of eight books including The Orchid Thief, which was made into the Academy Award-winning film Adaptation. In 2018 she published the New York Times Notable Book and Bestseller The Library Book about the 1986 arson fire at the Los Angeles Public Library. Winning the California Book Award and the Marfield Prize, The Library Book is an ode to libraries past and present.

Among other illustrious guests, a special appearance and tribute to the Library by literary luminary Adam Gopnik, acclaimed author of Paris to the Moon, helped add to the trimmings of this grande fête. 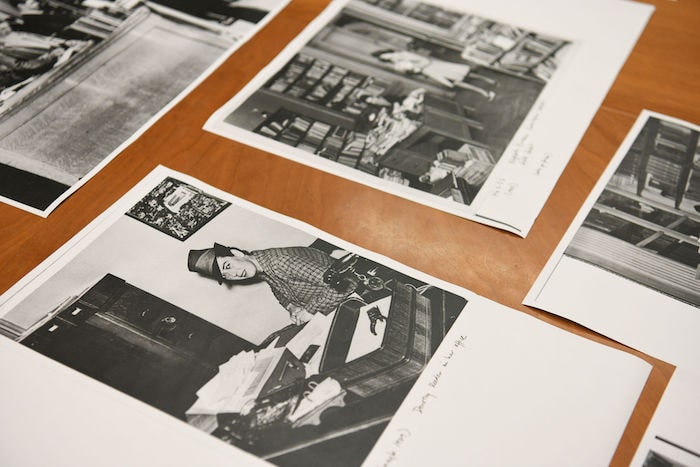 The interactive, online event also included a silent auction and a captivating virtual walk through the Library’s past decades in never-before-seen archival footage that captured many of the memories, documents and photos tracing the Library’s rich history.

The American library is used to navigating uncharted territory. It was founded in 1920 by the American Library Association to house a massive collection of books sent to American soldiers fighting in World War I. Its motto “Atrum post bellum, ex libris lux” (After the darkness of war, the light of books) reflects the spirit of its creation. Steadfast to its charter, which promised to bring the best of American literature, culture, and library science to readers in France, the Library persevered through the dark days of World War II and the German occupation to continue this mission. The role of this not-for-profit Library extends far beyond merely lending books, and remains a symbol of American and French relations. Dorothy Reeder, the heroic American Director of the Library during World War II, recognized this truth, reaffirming the Library’s mission was to “help to serve in the field of morale to the best of its ability.” The World War II slogan “We’re all in this together” is as true today as it was then. 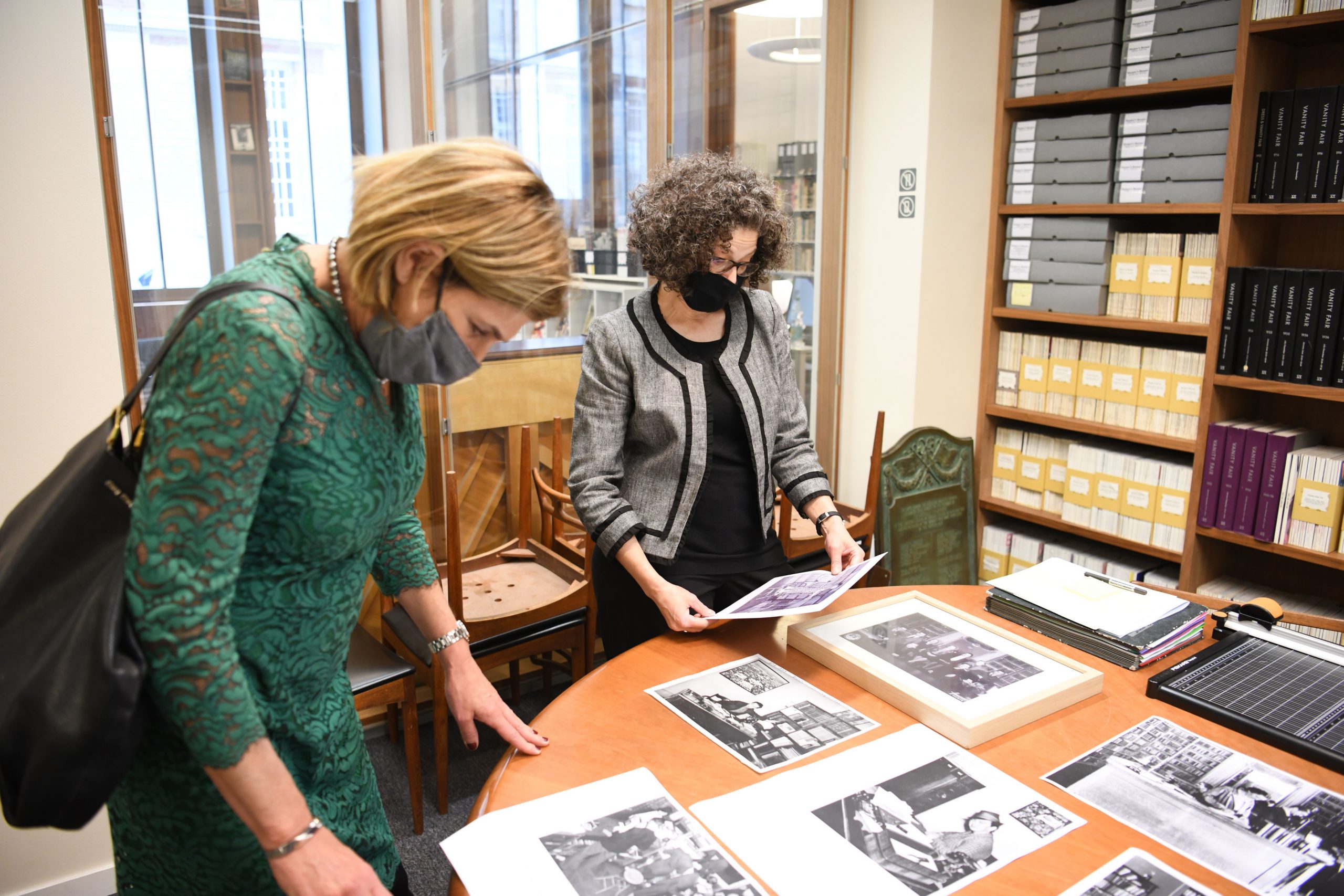 Since its inception, the Library has dramatically expanded into the largest English language lending library on the European Continent. It was housed in various locations in Paris until 1965, when it opened the doors to its current home on rue de Général Camou, nestled in the shadow of the Eiffel Tower. It is an inviting destination to over 80,000 visitors each year, who enjoy the extensive resources of academic, historic, and popular materials available for lending and consultation. A literary center, the Library hosts more than 70 free public programmes and panels each year showcasing leading authors, filmmakers, journalists and other public figures and experts.

A very unique library, it has never received federal funding and exists through continual fundraising and philanthropic gifts and grants. It has managed to create a small community feel in the center of Paris. With over 5,000 members of all ages and nationalities, the Library serves as a place to bridge the gap between the United States and France. It has continued to serve as a welcoming haven in Paris, a sanctuary that celebrates the written word and promotes personal ties. Library Director Chapuis noted that the Library’s cultural programmes are “just as important as the books themselves.”

Extensively renovated in 2016, the Library is now even more inviting, including more study spaces on the mezzanine and lower levels, and a members’ lounge where people can gather, sip a coffee, peruse the paper, and chat. Members who are homesick can access current and archival issues of the New York Times online. Daily and weekly passes are available. 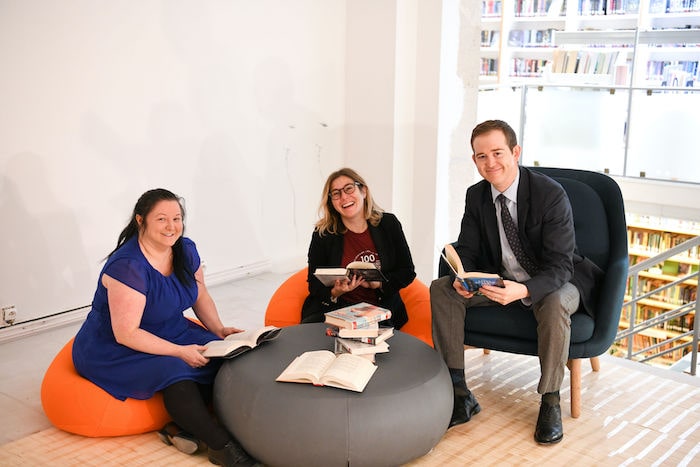 *Borrowing privileges to over 100,000 books and over 90 current newspapers and magazines

*Digital databases, the Internet and other scholarly resources

*Free secure WiFi and use of desktop computers

*Participation in a rich programme of events, workshops, and activities for members of all age groups, including:

*Children programmes, including Playtime for Babies; Toddler Time featuring books, rhymes and songs in English for 1-3 year olds along with their caregivers; Story Hour for 3-5 year olds, and of course, the annual Halloween Extravaganza, the biggest event of the year for children and teens. 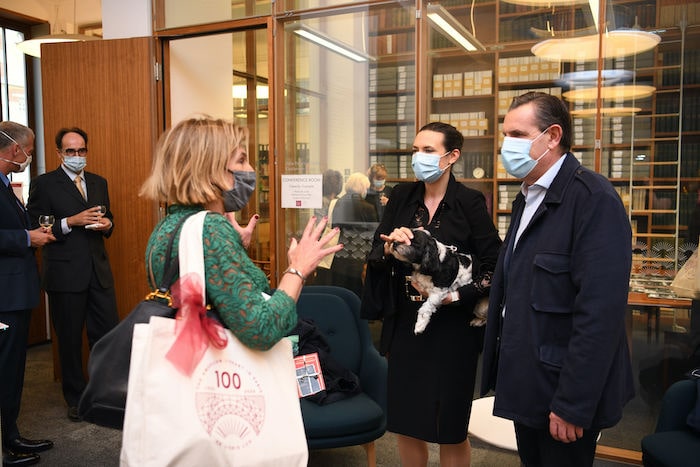 Reaching its centennial at a time of great challenge and change, the American Library is more vital then ever and is an integral part of the American community in Paris. Since the Library’s 2016 renovation, membership, foot traffic, book borrowing, electronic database use and programme attendance have increased across the board. The Library continues to meet the needs of an international community of members devoted to the exchange of ideas and to expanding their horizons through books.

Looking ahead, the Library has launched Project 100, the Centennial campaign that will raise funds for the American Library of the future. The cornerstone of the campaign will be the expanded Children’s and Teen’s Library, to keep pace with the over 5,000 children and teens who attended over 290 events in 2019 alone. Chairman of the Library’s Board of Trustees, Forrest Alogna, enthused: “Expanding our Children’s and Teen’s Library is an investment in our youngest members and in our future—I can’t think of a more fitting way to celebrate our Centennial.” In addition to doubling and refurbishing that space, a new conference room for book groups and discussion groups will be built on the mezzanine.

In today’s difficult economic climate, many challenges lie ahead as the Library continues to adapt to new realities. Since 1920 the Library has been sustained by both Americans and French alike who believe in the power of libraries. The Library has honored its remarkable heritage and continued to thrive because of its dedicated staff, committed Board of Trustees, devoted volunteers and the enthusiastic support of its members. As Ray Bradbury aptly stated, “Without libraries what have we? We have no past and no future.” This historic institution is 100 years old – still vital, dynamic and useful, and strengthened by a solid century-long foundation from which to learn from the past and look forward to a continued bright future. 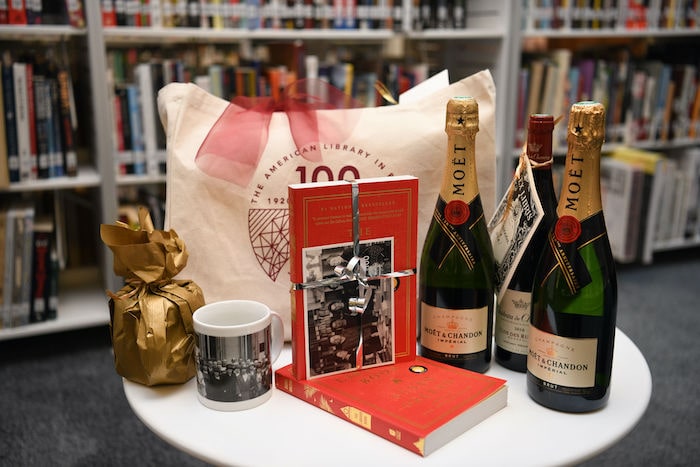