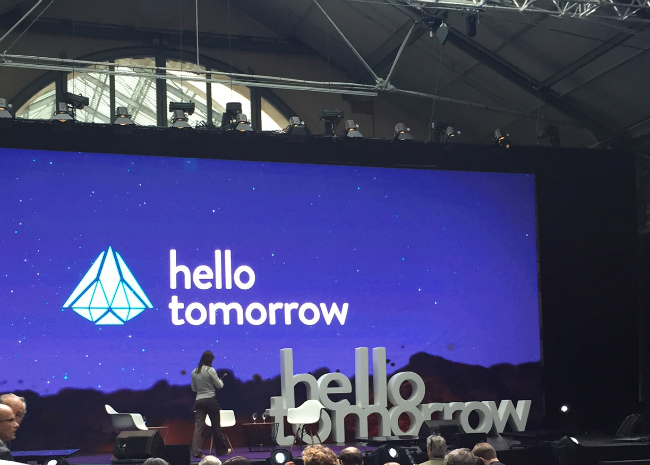 Impressionists were entrepreneurs. That was how Michael Bloomberg, Founder and CEO of Bloomberg L.P., put the nature of the risks and benefits of start-up innovation into perspective.

Speaking at a panel discussion at Hello Tomorrow, a global summit in Paris for entrepreneurs, he used Impressionism as the classic example of how innovation disrupts, but can ultimately create new ways of responding to and changing our world.

“Impressionist art was not considered art at first,” said Bloomberg. “Critics said it took no skill and even kids could do it. But the artists had a new idea for doing art and were confident in what they were creating… even though they had few supporters.”

If Impressionists were successful French entrepreneurs, their legacy of creativity was on full display at the Hello Tomorrow summit held October 13–14, 2016. For two days, early-stage start-up entrepreneurs pitched ideas, while companies with first-phase products showed off and pitched their products to the technology industry, including investors. 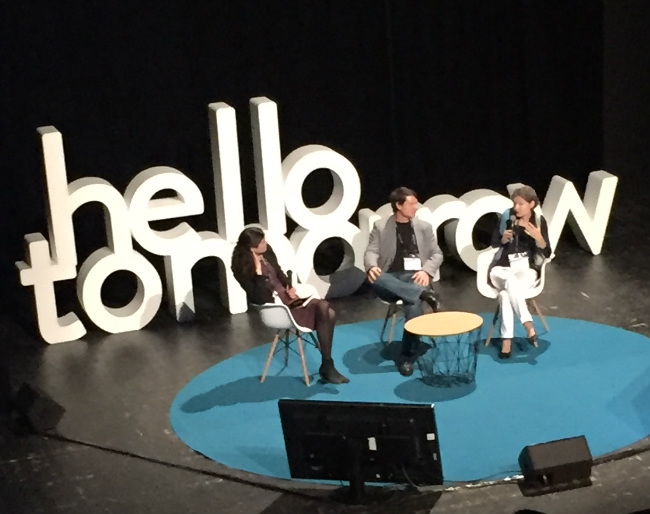 “We need visionaries,” said Xavier Duportet, President of Hello Tomorrow, in his welcome speech. “This summit will help build an interdisciplinary group of leaders for today and tomorrow.”

The products were in categories from aeronautics, air quality, healthcare, transportation, food and agriculture and more. Many of these products will have an impact on travellers, providing cleaner, efficient and better products and information. They will also impact cities – like Paris – and help provide a better experience for travellers. Some products are available in limited way now – these are start-ups – and others, if successful, will provide benefits in the future.

Air quality in cities and homes was the focus of several panels. If the goal was to have germ and pollutant-free water, diamonds can help. Diamond electrodes have proven to be a cost-effective, eco-friendly technology to treat water in industrial, agricultural and waste industries. The result makes city water safer, which makes eating and drinking safer for travellers. 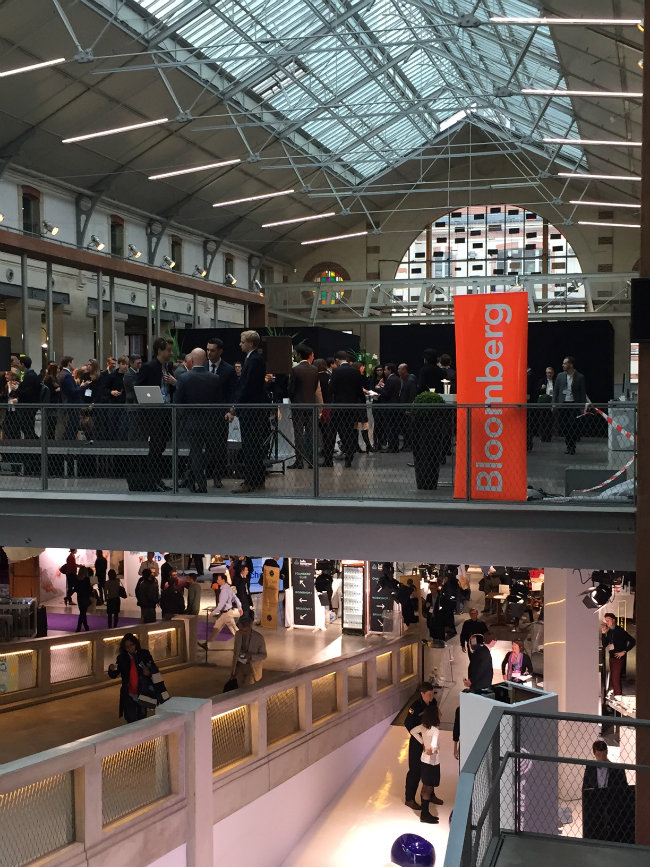 Tackling air quality challenges in cities is a huge challenge. Every year, eight million people die from polluted air around the world, and Paris has its share of problems due to smog. In March 2015, air quality for the region was considered critical, spurring the current government to action. Smart technology plays an important part in fixing the situation.

First, an intelligent mapping of pollution is required to understand the problem. Aria Technologies computes the issues that affection pollution and models the information to create a 3-D map. Currently, the company maps Paris, Torino, Italy and a city in China, providing local governments information about the air quality of each of these cities. This information has helped spur Paris’s mayor to make changes such as requiring that all taxis have zero emissions in three years, banning diesel cars made before 2001 and other projects.

Then the products to solve the pollution problems are needed. One start-up measures indoor air quality that could be connected to our smart home management systems; a real estate company lets buyers or renters choose homes designated clean, including furniture made from organic compounds; even traditional business plays a part as clean building materials and air systems make schools, shopping malls, museums, homes and businesses safer spaces.

“The quality of life is for right now, not long term,” as one presenter claimed. The goal of the industry is to provide products and services that will eliminate fear of pollution, and give people the power to control their lives now. 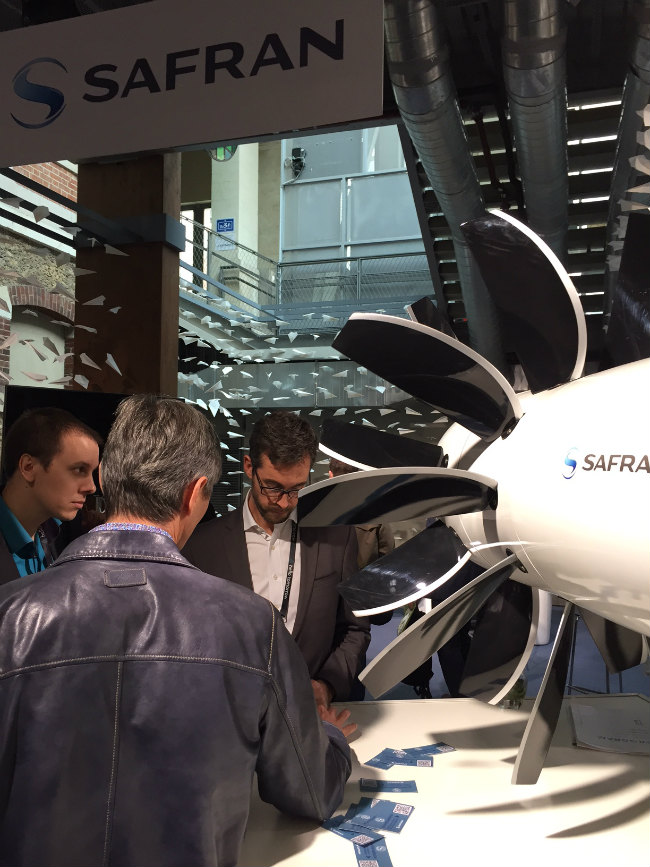 The Safran Group at the Hello Tomorrow summit in Paris. Photo: Martha Sessums

Transportation was a huge topic, from aircraft pollution to eliminating traffic congestion in cities. Safran Group is building airplane engine fans from composite material that result in lighter, stronger, more efficient and quiet plane performance. The fans will also help balance the power usage in plane engines, allowing full power when needed in takeoff while sharing power to run lights on the plane when cruising. Current customers are Boeing, Airbus and Comanche.

“In 20 years, there will be double the amount of aircraft in flight,” said Laurent Deleville, Director, Innovation Collaborative at Safran. “That will require a balance of electricity, power, fuel usage and CO2 emissions.”

It pays to look up for transportation solutions. SkyTran, a high-speed, low-cost elevated personal public transport system, runs above roads and bypasses traffic congestion. The first city to install the system will be in Israel, with the first phase scheduled to be complete by the end of 2016.

Autonomous cars will play a part of future transportation, and Eric Coelingh of Volvo made it clear that it will require slow, step-by-step progress that will always allow manual driving, depending on road, weather and event conditions. Volvo is in the process of what Coelingh calls “proper research,” including a pilot program called Drive Me. Currently, volunteers use Volvo’s self-driving cars in Gothenburg, Sweden, but in 2018 the program will expand to London and a city in China.

“Mapping will be at the heart of everything,” said Corrine Vigreux, a founder of TomTom, a navigation company that supplies precise mapping for companies involved in the future of transportation. “If you put a car on the road, accuracy must be within 15 centimeters. GPS is not precise enough.”

Vigreux claims that by 2030, 15 percent of new cars sold will be automated cars, which means that technology must improve. “Mobility is still being defined, and nothing is clear at this time,” she said.

The food industry is using technology to solve food waste problems, which can touch travellers. Sometimes it’s as easy as selling products with visual defects (look for Tous AntoGaspi camembert at Carrefour stores) or as complex as new ways to use food. Carrefour sponsored a Food Waste Challenge and chose two winners. Of course, there’s an app involved.

The winners: FoPo collects fruit and vegetables approaching their use-by dates, then dries and converts them into food powder used in smoothies, ice cream, muesli, etc. Too Good To Go is a mobile app that shows which stores are selling boxes made up of products that are approaching their use-by dates. These boxes are sold at a discount. For Airbnb renters, cooking could be a fun, green experience. 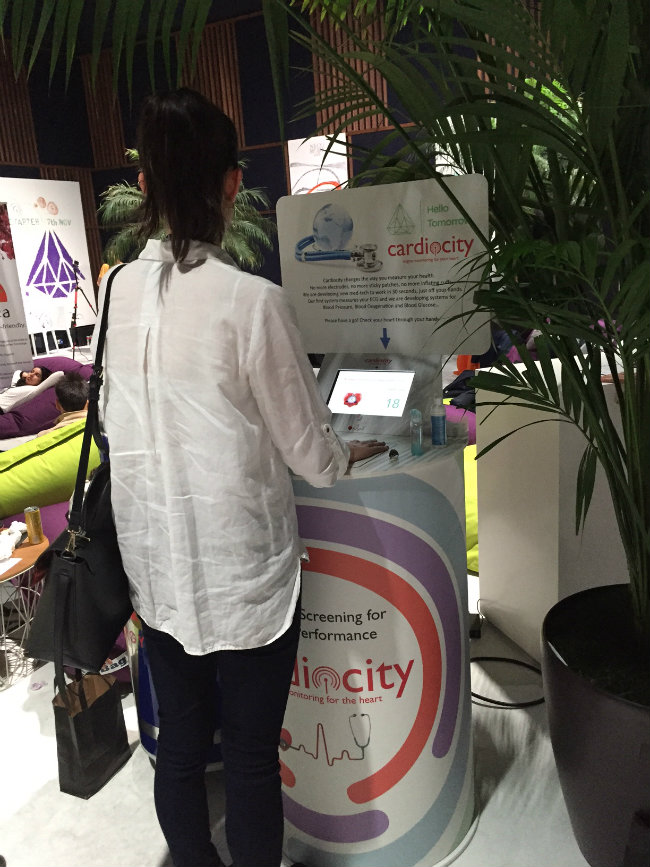 Health services were also at the summit, including Cardiocity that offers mobile cardiac arrhythmia analysis systems to foretell heart health issues. Mobility allows the systems to be in locations beyond the doctor’s office, including train stations, resorts, even garden centers. The user places both hands on a reader at a pop-up booth and 30 seconds later has an accurate reading about their heart health.

“The systems are friendly and convenient,” said Chris Crockford, Founder. “Using the concepts of telemetry from Formula 1 racing, the system gives accurate information about heart health in a non-scary way.”

The Hello Tomorrow Summit provided many new ideas about the future and the available support for entrepreneurs. Although France is currently the number one location for start-ups in Europe, it’s a challenge to develop profitable business models that attract investors while keeping focused on building what the future needs. But the supportive ecosystem provided by the community at the summit was inspiring.

Previous Article Poet Stéphane Mallarmé and his Influence on the Impressionists
Next Article The Michelin Stars Arrive in Washington D.C.