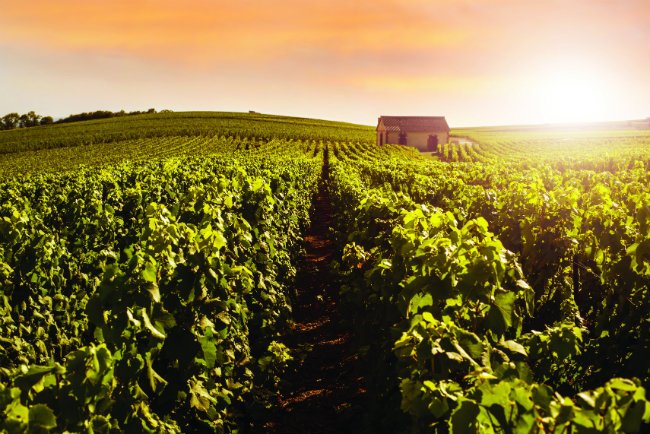 “Brothers, I am drinking the stars!” declared Dom Perignon on his first sip of the sparkling wine he helped invent in the 1600s. This monk, who lived in a Benedictine monastery in the heart of the Champagne region, wasn’t the first to produce bubbly (that honour is normally attributed to – shock horror! – an Englishman called Christopher Merret) but you might argue that, without his contribution, champagne wine wouldn’t enjoy the venerable status it has today.

Sooner or later, everything in Champagne, and the area north of it called the Ardennes, comes back to sparkling wine. The vineyards may occupy just one 75th of the entire area, yet their influence on the overall agriculture, employment, cuisine, leisure, tourism and daily life is enormous. Here, champagne wine flows as abundantly as, say, beer or tea does on the other side of the English Channel.

Not that you should get obsessed by the bubbles. This region has plenty more to offer of the nonalcoholic variety. 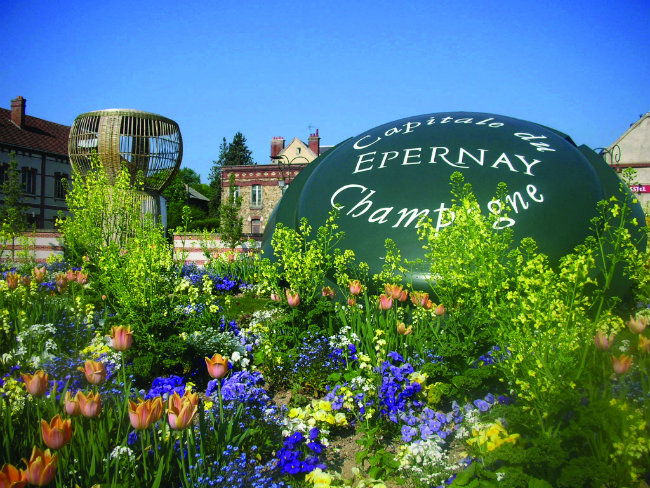 First a note on geographical terminology. In the old days, the region used to be known as Champagne-Ardenne but, confusingly, at the start of 2016 it was subsumed into a larger administration called Grand-Est (which also includes Alsace and Lorraine). Nowadays, to keep things simple, people refer to one area called Champagne (with a capital C, unlike the wine which has a small c) and another called the Ardennes.

The gateway to both areas, the biggest metropolis (182,000 inhabitants) and a great place to start any visit, is the city of Reims (pronounced as a nasal ‘Rance’). It’s just 80 miles east of Paris, 45 minutes on the TGV train. Throughout history, this has been the site of many a French coronation. From 816 to 1825 no fewer than 25 kings had jewel-encrusted crowns placed upon their royal heads in the majestically Gothic Reims Cathedral. Much of the town now displays fine examples of Art Nouveau features. The other major cities in the region are Épernay, Châlons-en-Champagne, Troyes and Chaumont (all in Champagne), and Charleville-Mézières, Sedan and Rethel (in the Ardennes). 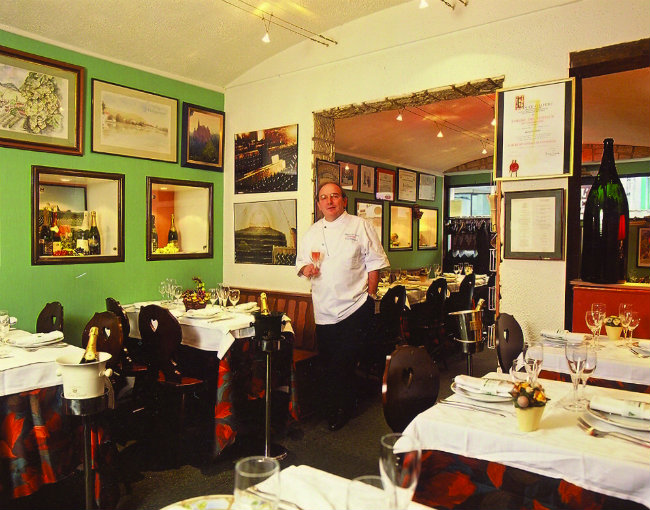 As you would expect with an area larger than Wales, the geography of the region is varied. The Ardennes is dominated by the twisting valley of the River Meuse and the thickly forested rolling hills of the Ardennes massif, giving way as you head south to Champagne’s rolling plains, and then lakes and meadows beyond.

Yet wherever you are, visiting this part of France without bathing your mouth in the finest sparkling wine mankind knows would be like arriving for the first time in Paris and ignoring the Eiffel Tower. The main bulk of the vineyards stretches southwards from Reims, over the Montagne de Reims to Épernay, and then continues sporadically towards the medieval town of Troyes, with another concentrated area of vineyards covering the hills to the southeast. These vast grape fields are owned either by the main Champagne houses, which produce the grande marque champagne, or by small viticulturists who sell their grapes to the big boys. If you’re pushed for time, stay within what’s known as the ‘sacred triangle’, an area between Reims, Épernay and Châlons-en-Champagne. 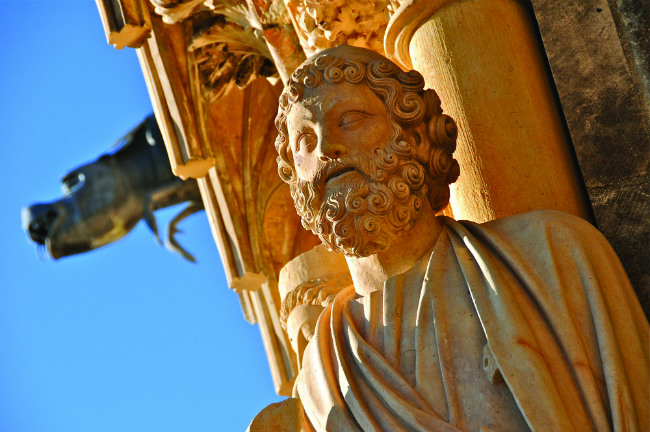 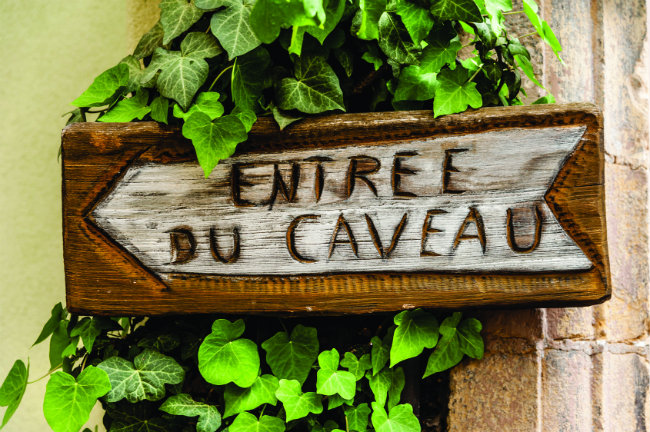 All about the Wine

Everything here is all about wine-making and wine drinking. Locals and their ancestors have worked hard to establish the official champagne wine appellation, so don’t be surprised if they jealously guard the monopoly that their double fermentation method now enjoys. Only wines that exclusively originate from and are exclusively produced in Champagne, on premises dedicated to champagne wines, can legally be called champagne. A reminder of this cultural importance is that, in 2015, UNESCO officially granted World Heritage status to “the hillsides, houses and wine cellars of Champagne”, placing it on a pedestal with the likes of Mont Saint-Michel and Versailles.

There are around 34,000 hectares of vineyards in Champagne (four per cent of France’s total wine-growing area), so any visit may at first seem daunting. It’s a good idea to start your tasting tour in Reims, where you can cool your tongue at one of many champagne houses offering cellar tours and wine tastings: Lanson, Mumm, Pommery, Ruinart, Taittinger and Veuve Clicquot-Ponsardin are among the famous houses open to you. 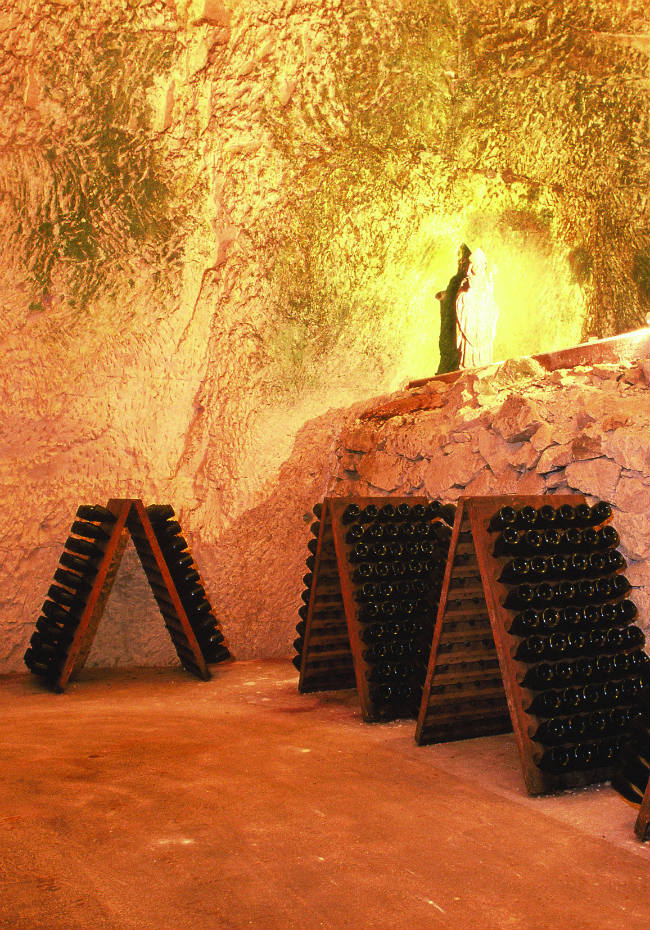 The Crayères, cellars, at Ruinart in Reims. Photo: H. Diard

Moving on to Épernay, 25 miles to the south, it’s wise to start your visit on the Avenue de Champagne, which runs east from the Place de la République and includes Moët et Chandon, Mercier, Perrier-Jouët and De Castellane. Winston Churchill described it as “the most drinkable street in the world” – and he knew a thing or two about boozing! Beneath the town there’s a network of 110 kilometres of cellars housing more than a million bottles of bubbly.

In both Reims and Épernay, the champagne house visits aren’t free, and must normally be pre-booked, but tastings are included. The cellars are cold so do take a jumper, even in summer. Reims is also home to some of the finest restaurants of the region. And let’s be honest, you’re going to need some food to soak up all the champers. 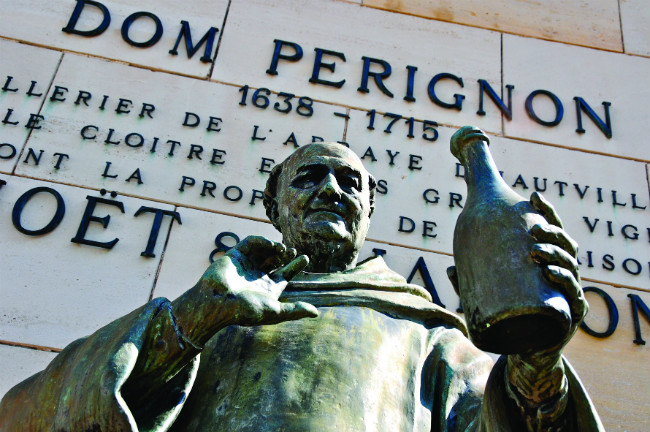 A statue of Dom Perignon in Epernay. Photo: CRTC

Outdoors in the Ardennes

Be sure to explore the countryside around the towns, too. To get a real taste of the champagne terroirs, head off by car or bicycle on the network of sign-posted circuits that make up the Route Touristique du Champagne. Within this there are more than 300 miles of country roads in all, winding their way through vineyards and champagne villages, and offering amazing views across the rolling plains. In autumn, when the vine leaves are starting to turn brown, the array of colours is stunning. On this route you can stop at the various champagne producers open to the public. If you’re buying, tastings are normally offered free of charge.

By now your liver will need a rest. Perhaps it’s time to head out to the forested hills of the Ardennes massif, a wonderfully green and, at times, surprisingly isolated playground for hikers, mountain bikers and nature-lovers. The rivers and lakes are great for canoeing, kayaking, sailing and open-water swimming. 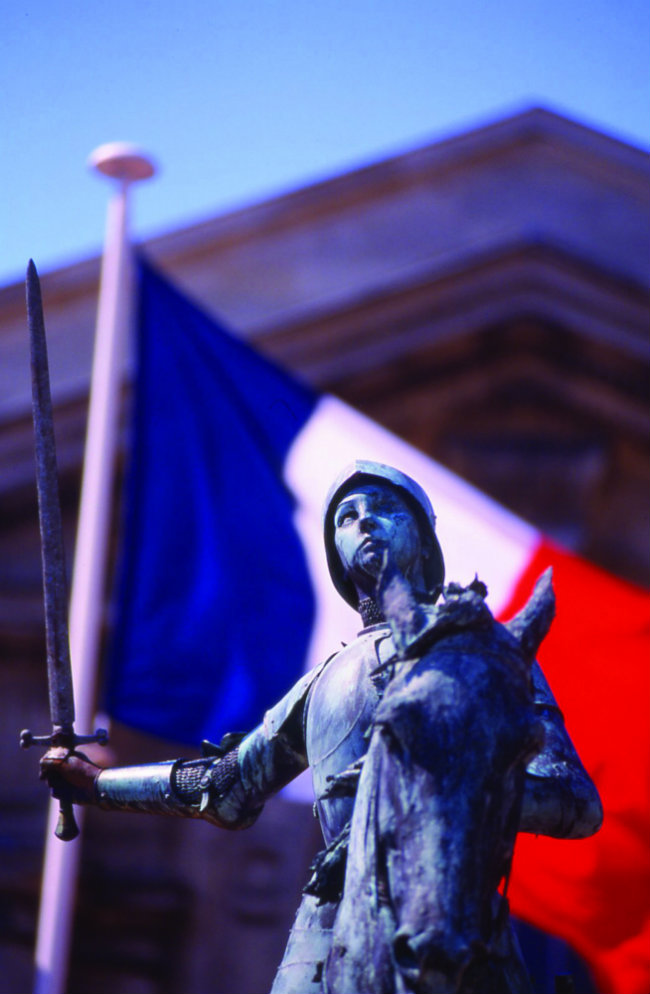 Wildlife is out in force, too, especially at the Parc Argonne Découverte wildlife park, near Vouziers, where a pack of wolves roams one of the enclosures. There’s also a section called Nocturnia, where you can observe various nocturnal beasties including bats and hedgehogs.

Adrenalin rushes are freely available in the region’s various adventure parks. One, in particular, deserves special mention. TerrAltitude, in Fumay, boasts a giant zipwire called Fantasticable. Strapped in the Superman position, you bomb across the river valley from a height of 110 metres all the way back down to ground level, reaching speeds of 80mph, and screaming all the way.

For the less intrepid, there is the Trans-Ardennes cycle path which follows the River Meuse from Givet, on the Belgium border, for 75 miles all the way to Remilly-Aillicourt. Mostly flat and tarmacked, it makes for a great family outing on two wheels. 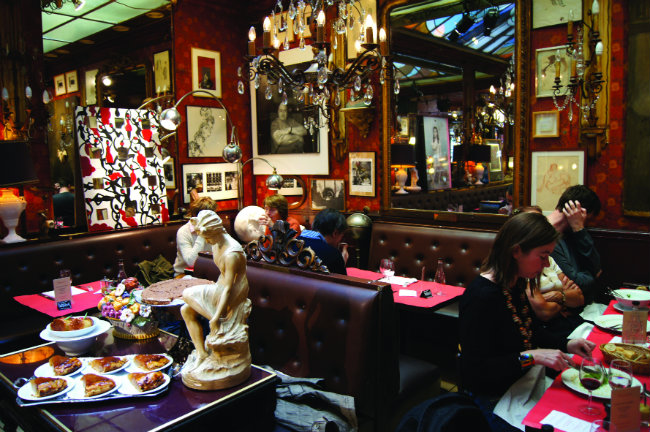 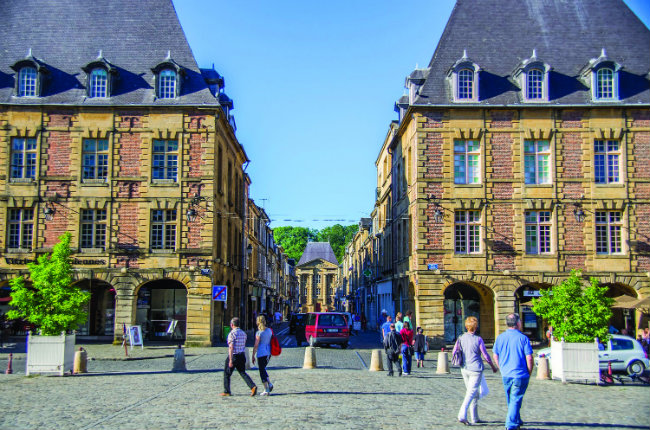 Charleville-Mézières is the Ardennes’ biggest town. Built on a massive kink in the River Meuse, it’s most famous for the biannual puppet festival, the Festival Mondial des Théâtres de Marionnettes. First held in 1961, this huge event features dozens of stages ranging from theaters, public halls and courtyards to private rooms and street corners all showing every imaginable style of puppet show. The next festival is in September 2017. 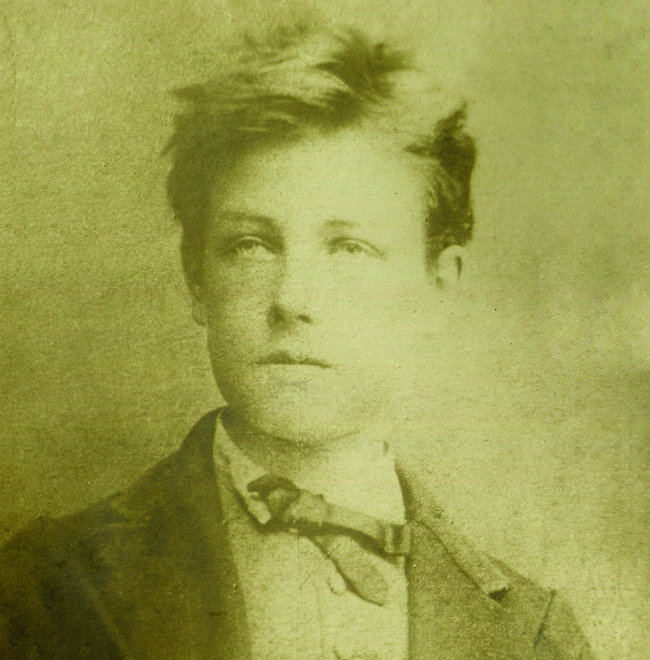 The town’s other principal claim to fame is that it is the birthplace of one of France’s most famous poets, Arthur Rimbaud. Situated on a tiny island on the river is the recently refurbished Musée Rimbaud, where the man himself once lived. Views from the house contributed to his most famous poem, Le Bateau ivre (The Drunken Boat). Although he only lived to the age of 37, Rimbaud had an enormous effect on many artists who came after him. People as diverse as Pablo Picasso, Dylan Thomas, Vladimir Nabokov, Bob Dylan and Jim Morrison all said aspects of their work were inspired by the young Ardennois.

There are several other towns in the region linked to famous Frenchmen. In Brienne-le-Château, in southern Champagne, the military school that Napoleon attended as a youth has been transformed into the Musée Napoléon de Brienne-le-Château.

Also in southern Champagne is the town of Essoyes, where the painter Pierre-Auguste Renoir spent his summer holidays. It’s now home to a cultural centre called Du Côté des Renoir.

With Paris close to the west, Belgium to the north and Germany to the east, both Champagne and the Ardennes have always occupied an important strategic position within western Europe. That, of course, means plenty of castles, historic buildings and former theatres of war, both ancient and recent. Though you are, of course, here primarily for the champagne, there is much else to see, and a deeper understanding of the history, art and culture of this famous corner of France will only enable you to appreciate further the wine for which it is best known. 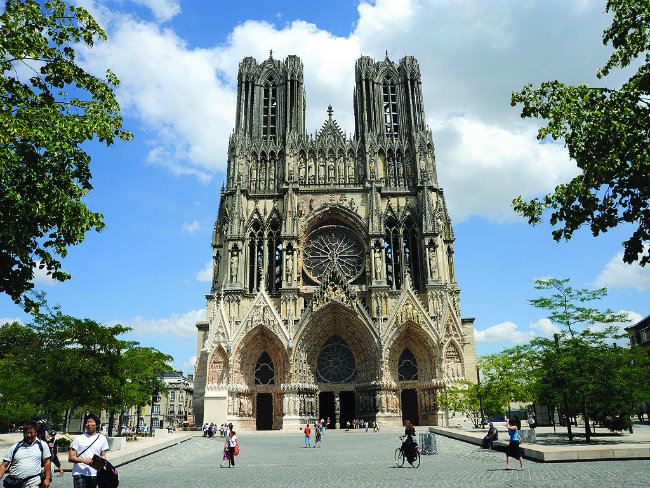 Reims cathedral, where once kings were crowned. Photo: OT Reims

The gothic masterpiece that is Reims’s Notre-Dame Cathedral should not, of course, be missed, especially its famous smiling angel above the north portal, but neither should the enormous fortified castle in Sedan, which, at 35,000 square metres, is one of Europe’s biggest. Its 30-metre walls, its crenellations and its ramparts are truly impressive. You can even stay the night inside at Le Château Fort de Sedan hotel.

To the northwest is Rocroi, a tiny star-shaped town, dating back to the 16th century. The ten main streets radiate out from one central square, originally designed so that garrison soldiers could reach their defensive posts as quickly as possible. Meanwhile, across both the Ardennes and Champagne, there are important and often very poignant graveyards, memorials and visitor attractions linked to both World Wars. 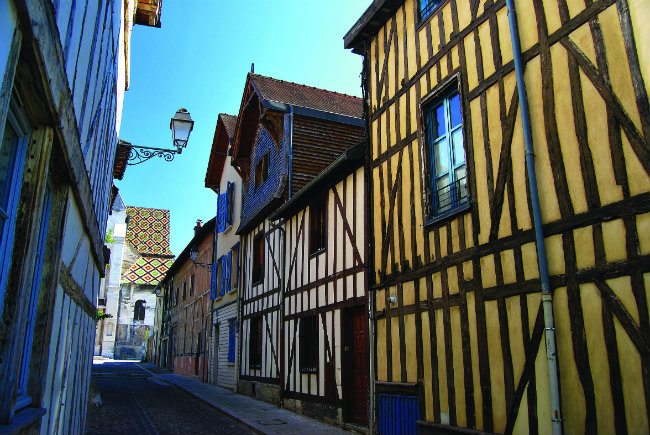 The town of Châlons-en-Champagne is one of many European towns nicknamed ‘Little Venice’, thanks to its network of criss-crossing rivers and canals. Both daytime and night-time boat trips are offered. The latter, under the clever moniker Métamorph’eau’ses, includes impressive light and sound shows projected onto the waterway tunnels and the passing buildings.

Further south is the charming medieval town of Troyes with its ancient churches (the stained glass is amazing) and half-timbered houses. Further south still are the towns of Chaumont – home to a 600-metre-long, 50-arch viaduct that you can walk across and which no doubt had Brunel green with envy – and Langres where you can walk the 3.5 kilometres of ramparts encircling the old town. 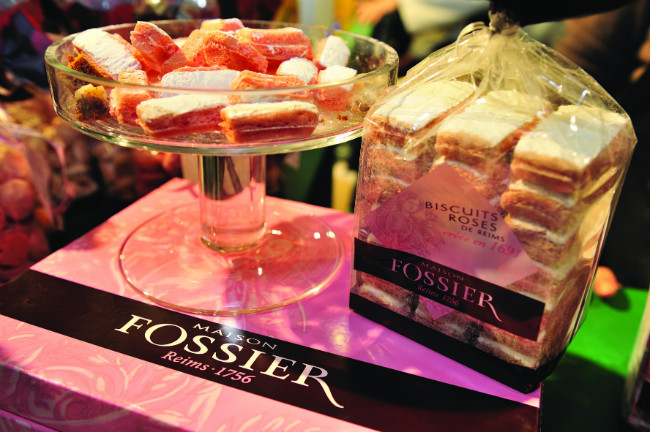 The Food of Champagne and Ardenne

The focus is always on the bubbly, but there’s plenty of fine food, too. With around 5,000 champagne producers across the region, you’ll never run out of marques to try. Strictly supervised by the Comité Interprofessionnel du Vin de Champagne (CIVC), the producers use only Chardonnay, Pinot Noir and Pinot Meunier grapes (occasionally other varieties) grown on the region’s 34,000 hectares of vineyards. The best champagnes are truly divine, though the cheap ones can be very mediocre indeed.

To soak up all that bubbly you might want to try a few of the local specialities. In the Ardennes you’ll find boudin blanc (a white pork sausage), cured Ardennes ham, and the famous Ardennes pâté. In Champagne you could try pig trotters from Sainte-Menehould, Chaource soft cheese, white asparagus, choucroute, or Champagne truffles. For desert, what about Reims’s famous biscuit rose or spiced bread?

And finally, the region’s most infamous food of all: andouillette. Despite smelling quite awful, these sausages full of intestines are a delicacy. Look out for the AAAAA seal of approval (from the Association Amicale des Amateurs d’Andouillette Authentique) but treat with caution – it’s an acquired taste. 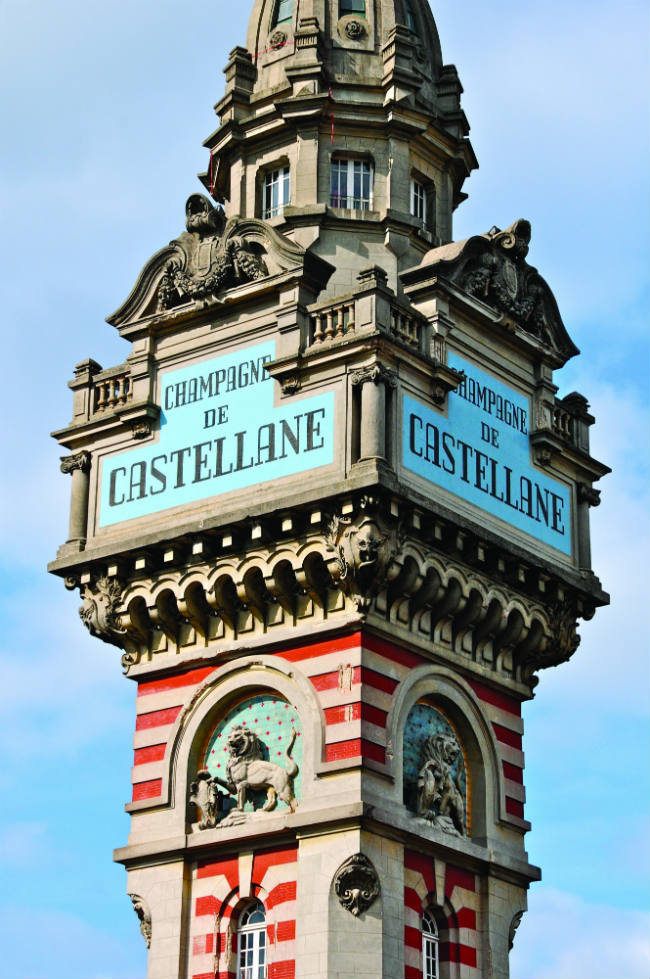