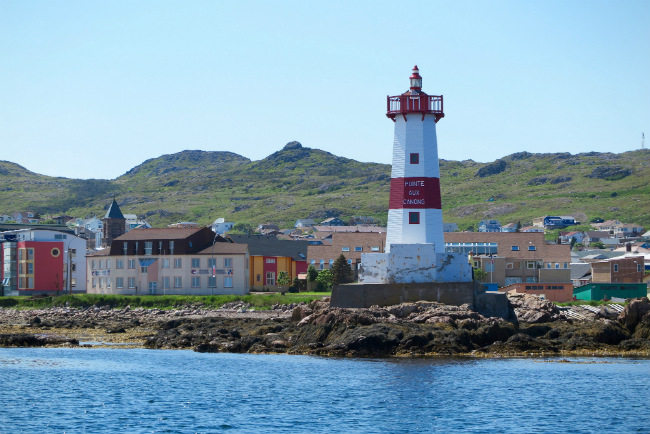 Fog-ridden. Weather-beaten. A treeless outcrop crusted with the spit of the sea.

This seems to be the standard first impression of Saint Pierre and Miquelon, a tiny cluster of French islands tucked beneath the vastness of Newfoundland.

My memory of Saint Pierre couldn’t be more different. For one, there was plenty of sunshine, pouring over houses the color of lilac and melted butter.

I traveled to Saint Pierre over Bastille Day in 2014, which coincided with Route Halifax-Saint Pierre, a biennial yacht race between Canada and France’s oldest remaining overseas territory (officially a collectivité d’outre mer). For a tourist it was a double-whammy of festivities. Yachts filled every berth in the marina, confetti paper and live accordion music swirled in the air, and fireworks studded the night sky. 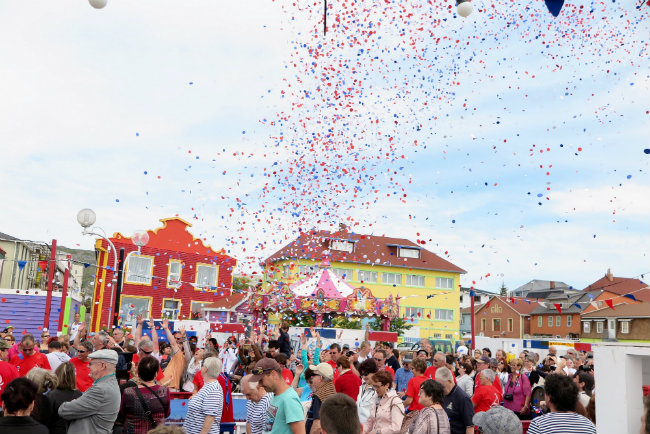 This year, Saint Pierre’s festival calendar will be joined by an even greater fête: the bicentennial anniversary of the islands’ return from British to French sovereignty. After a century of ping-ponging back and forth between the two European giants, in 1816 the islands became part of France for the last time.

As if renewing their vows to the motherland, on June 22nd Saint-Pierrais re-enactors will replicate the official handover of the islands.

I can’t think of a better place to be this summer, celebrating Frenchness with the Frenchest people in North America.

French, that is to say, despite living over 4000 kilometers and an ocean away from l’Hexagone. French, despite having more in common geographically and meteorologically with the Canadian Maritimes than with Europe. 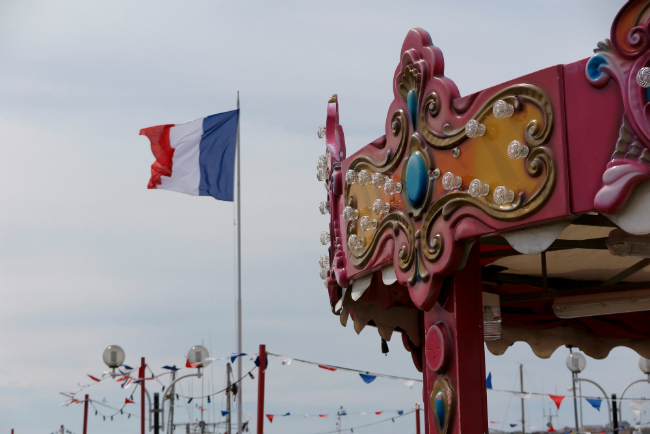 The tricolore flies high on Bastille Day in the town of Saint Pierre. Photo: Sophie Massie

Over four centuries ago, the first Europeans found these islands uninhabited (earlier indigenous peoples had long since moved on from this seasonal fishing and sealing outpost), and soon Basque, Breton, and Norman settlers arrived. Today some 6000 people live in the archipelago. Only two islands are inhabited year-round: the geographically smaller and vastly more populous Saint Pierre, and Miquelon-Langlade, which comprises two island masses lashed together by a sinewy sandbar.

Despite, or perhaps due to, their isolation, the islands have been the subject of much international intrigue over the centuries.

Trivia-collectors know of Saint Pierre’s macabre distinction as the only place in North America to wield a guillotine for execution. (Visitors can see the original 1889 slicer in the collection at l’Arche Musée et Archives.) World War II buffs know the island as the site of a Christmas coup, when a Free French submarine and a handful of warships “liberated” the islands from Vichy France in under an hour without a single gunshot. Philatelists know the archipelago for its rare and highly collectible stamps. Trans-Atlantic sailors know to provision their ships at Saint Pierre, the best, last place for baguette and wine before a long slog to Europe. 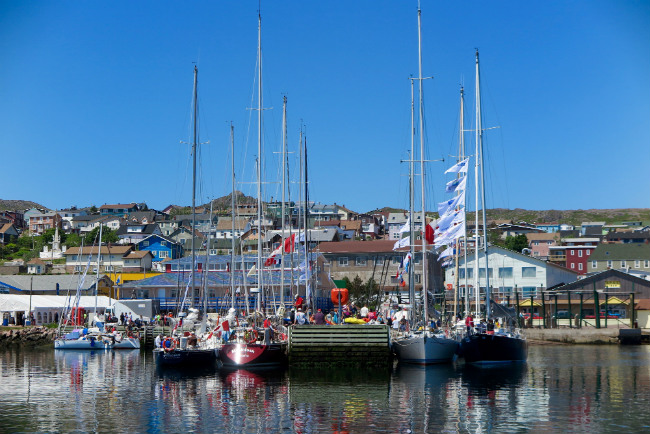 After racing for several days from Halifax, yachts fill the harbor and set in for three days of parties. Photo: Sophie Massie

When Prohibition swept the United States in the 1920s, Saint Pierre earned fame as a rum-running port of call. Almost overnight the island flipped from one single-product economy (codfish) to another (bootlegging). Booze from Canada and Europe soon flooded the warehouses and basements of Saint Pierre. To dampen the sound of glass bottles clanking in crates, the bottles were repacked in jute sacks and sent on to America, but the crates remained. Many existing buildings can be dated based on the liquor crates used in their construction.

No matter the scrubby landscape, the multiple deportations and devastating fires, the boom and bust of bootlegging, the moratorium on cod-fishing, or the constant threat of fog, “Saint Pierre,” as one anonymous songwriter once put it, “is France far off and it is France forever.” 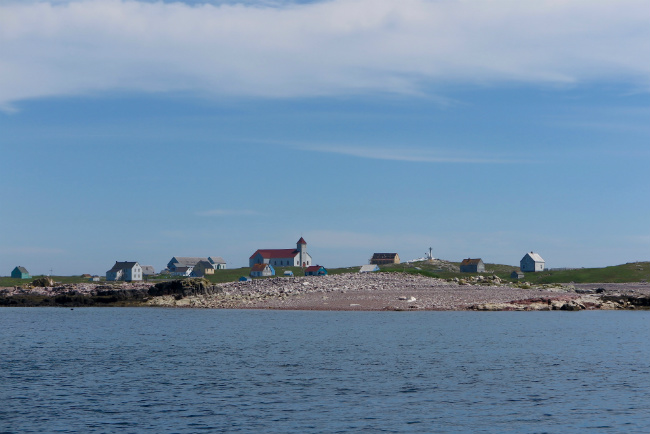 L’île aux Marins, the small island at the mouth of Saint Pierre’s harbor, was the site of the murder that led to the 1889 guillotine sentencing. Photo: Sophie Massie

Passenger ferries from Newfoundland depart from Fortune year round.

Boutique hotel Nuits Saint-Pierre offers the most sumptuous rooms in town as well as complimentary breakfast. A room-for-two freestanding tub sits next to the king-size bed in the Victor Hugo suite on the top floor. From 135€ in season.

For a whiff of rum-smuggling history, follow in Al Capone’s footsteps to Hôtel Robert, where the crime boss posted up to oversee his Saint Pierre-based bootlegging operation. From 90€ in season. 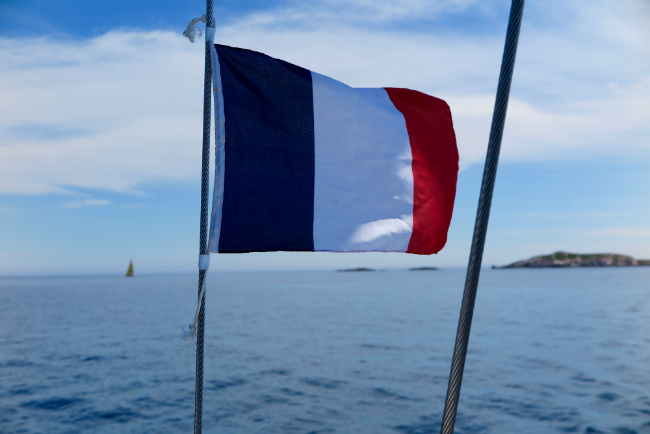 Tea salon Les Délices de Joséphine (on the first floor of Nuits Saint-Pierre) is conveniently open all afternoon, perfect for savoring giant slices of quiche and cake washed down with tea or soupy chocolat chaud.

Reserve a table in advance at Le Feu de Braise for specialties like cod meunière and lobster from Miquelon. 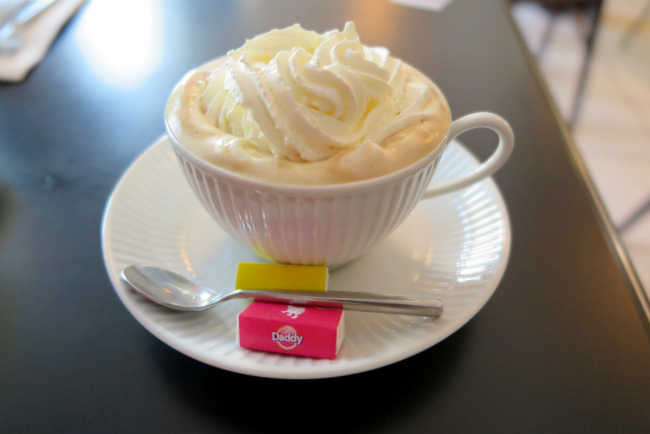 Consult event listings for the year-long Bicentennial celebrations and other annual celebrations, including the Basque festival, which features traditional music, food, and games of strength.

Guided tours highlight the unique architecture of Saint Pierre, the destruction from several 19th- and 20th-century fires, the cod-fishery, and the boozy vestiges of Saint Pierre’s bootlegging days.

Take a ferry over to explore the sparsely populated wilds of Miquelon and Langlade. Limited overnight accommodation is available on Miquelon. For ferry schedules and more information, visit the Saint Pierre tourist office located along Place du Général du Gaulle. 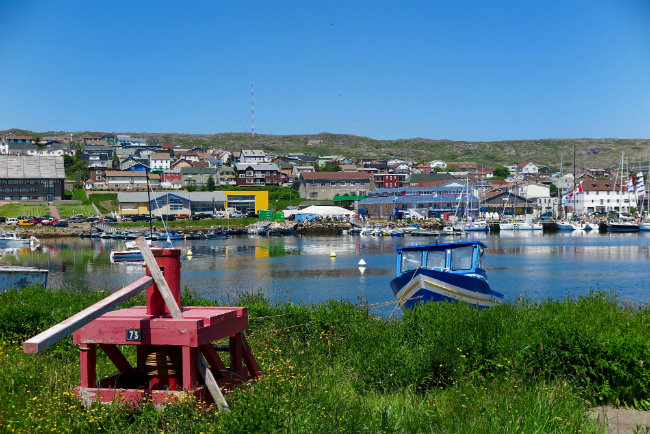 A view of Saint Pierre’s harbor on a sunny day. Photo: Sophie Massie 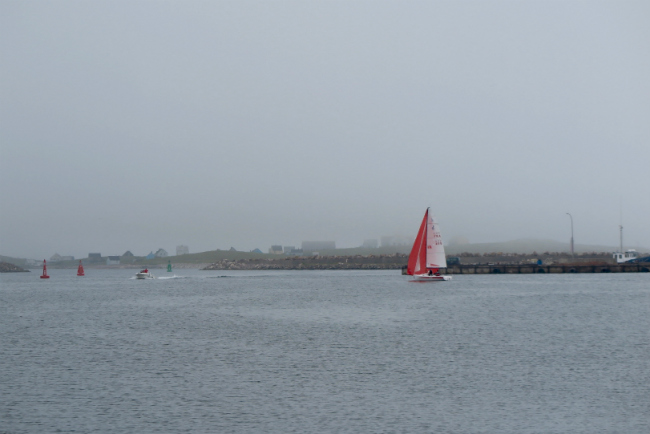 A J/70 sailboat, undeterred by the fog, ventures out for a cruise. Photo: Sophie Massie