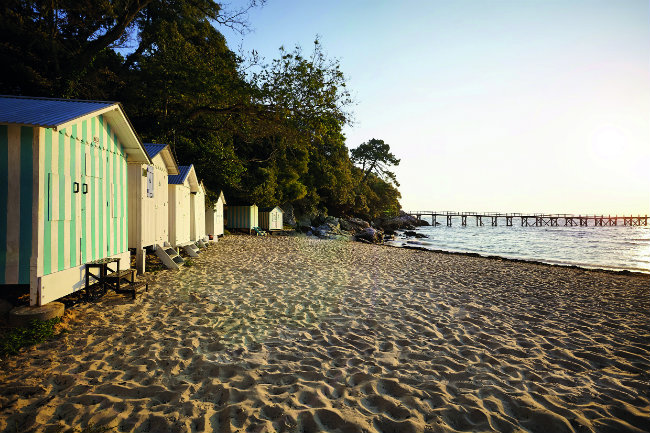 Nestling off the Atlantic coast and once a linchpin of the Duchy of Brittany, the Pays de la Loire is a smorgasbord of vineyards, swanky seaside resorts, historic nooks and offbeat attractions

Once the seaside resort to moneyed elites, La Baule has embraced a humbler public over the decades; though it remains the playground of swanky Parisians. Nestled on the romantically-monikered Côte d’Amour bay, it is dotted with luxury hotels, elegant villas and chic boutiques.

The race of choice for motorheads, the 24 Hours of Le Mans is the world’s oldest endurance championship. Held since 1923 in, you guessed it, Le Mans it lures thousands of racing fans for week-long revels each June. From the breakneck drivers’ parade to wind-knocking qualifying rounds and even a fun fair thrown in for tiddly guests, not to mention a whole host of festivities and concerts, the 24 Hours is a racing championship like no other.

Few regions quite match up to the Loire Valley’s wine-growing bounty and fêted crus. Covering a dizzying 40,000 hectares, the Val de Loire Wine Route invites connoisseurs and amateurs alike to venture deep in the heart of wine country for a sampling marathon. Indulge in some of the Loire’s finest vintages, from Saumur Brut, and Savennières to Coteaux du Layon…

The former capital of the mighty Duchy of Brittany, Nantes may have switched (geographical) allegiances but its rich Breton legacy lives on in the Château des Ducs de Bretagne, which still rises imperiously over the old town. The Voyage à Nantes city-wide art trail, with its animatronics menagerie – not least its mammoth elephant – army of larger-than-life creepy crawlies and wondrous installations peeping from every street corner, entices tens of thousands of curious visitors each year. 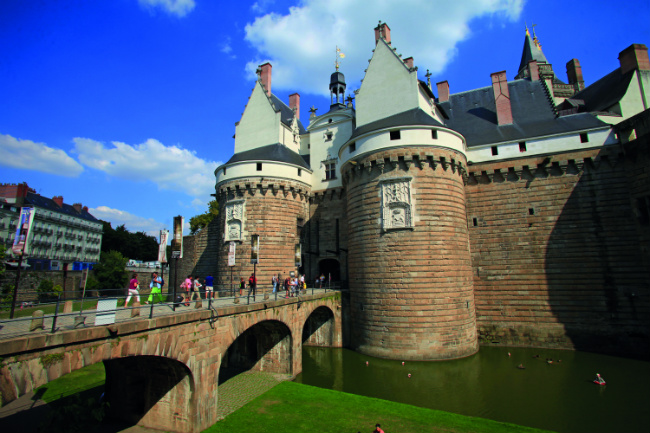 Less self-consciously cool than resorts like La Baule, the unspoilt island is one of Vendée’s best-kept secrets. Sandy beaches backed by pines, dazzling salt pans and whitewashed, blue-shuttered cottages lend a Mediterranean air – despite the bracing Atlantic location. Hit the slow lane, loll on the beach, dig for clams and bob around in a dinghy: Noirmoutier is all about enjoying simple pleasures.

Hop in the saddle and head full tilt along the Loire à Vélo path, a 800km véloroute flanking the banks of France’s longest river and stretching from Saint-Nazaire, the gateway to the Atlantic, to Cuffy in Burgundy’s hinterland. Free-wheel down the tranquil valley’s patchwork of lush vineyards and through its flurry of quaint hamlets. 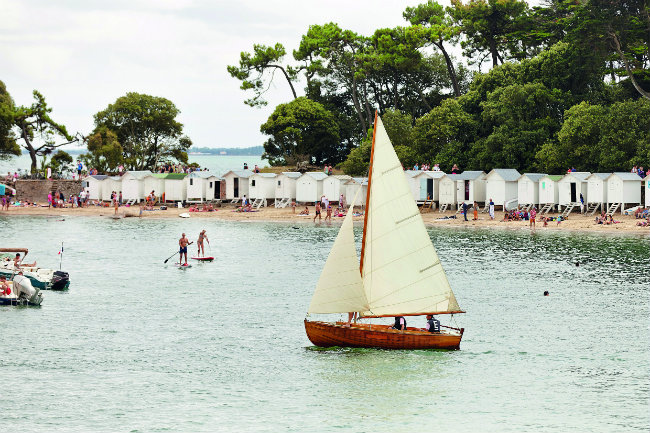 The final resting place of Henry II, Richard the Lionheart and Eleanor of Aquitaine, the imposing 12th-century abbey is an unmissable (and rather surprising) stopover along the route of the châteaux. At the crossroads of the Anjou, Touraine and Poitou regions, it narrowly escaped destruction in 1804, only to be turned into a prison and remained so until 1963.

Vinous tradition aside, the Pays de la Loire is the spirited birthplace of Cointreau, where the heart-warming orange liqueur has been distilled since 1875 near Angers. Explore the famous distillery guided by the heady perfume of bitter oranges, discover the fabrication secrets of the region’s favourite digestif and knock back a glass or two!

BOATING IN THE MAYENNE

Set sail aboard your very own vessel (and floating hotel) and explore the Mayenne valley from your unique vantage point, lulled by the river’s gentle waters.

Previous Article We’ll Always Have Provence: A Tour to Remember in the South of France
Next Article Le Dernier Mot: Sirène Again!