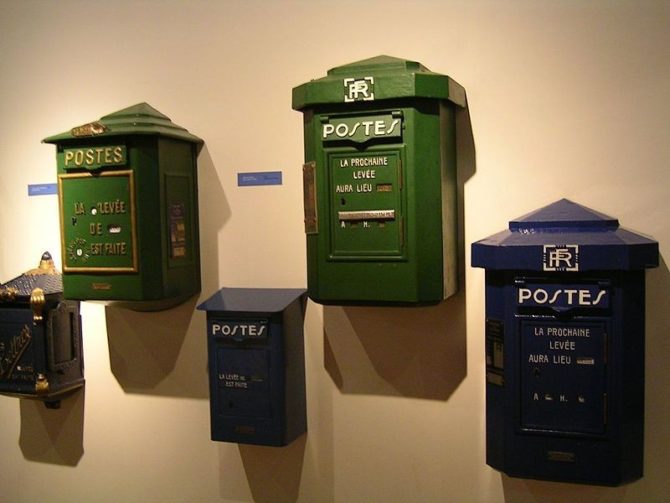 The Musée de la Poste is worth a visit in itself, due to the fascinating way in which the story of the postal service is inextricably linked to the social and political history of France. But the prime reason to visit this summer is the long awaited exhibition chronicling the relationship between Gaston Chaissac and Jean Dubuffet, artists who influenced each other but whose lives took very different paths. Classically-trained Dubuffet enjoyed success, recognition and length of years, while the self-taught Chaissac struggled, questioned, briefly glimpsed the limelight and died at just 54.

Following their first contact in 1946, they exchanged more than 400 letters, and developed a mutual respect and inspiration. This exhibition weaves together the highlights of their correspondence and art, showing how both evolved over the years.

Controversy as to which artist influenced the other still remains. Dubuffet has been accused of appropriating the art brut of Chaissac, who in turn has been suspected of being too close to the art establishment to remain a truly natural artist. dubuffet seemed preoccupied with the source of creativity and coined the term art brut to define the work of self-taught artists who were free from the constraints of traditional schools. Chaissac painted on anything that didn’t move (stones, bones, pots, closet doors, construction paper) and wrote, “I paint for that instant that will make abstract art specialists come to a boil”.

For the visitor, it is a joy to be privy to a creative dialogue between two artists. Ironically, Chaissac and Dubuffet didn’t get along when they eventually spent time together. I wonder what they’d think of sharing the same exhibition space today.

Tip: While the works of art transcend language, the correspondence is only in French. However, a timeline that is also presented in English provides a decent overview.