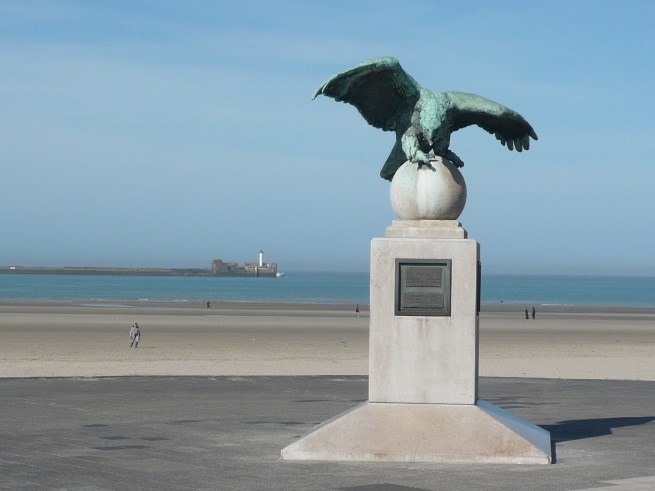 Whether you take the car via Eurotunnel, or the Eurostar to Calais Frethun, the Boulogne region is just an hour and a half from London. With its wonderful sandy beaches, rolling countryside, historical towns and sea-inspired cuisine, it’s perfect for those who want a relaxing short break. There are four main towns in the region, all overlooking the sea, and all offering their own charms: Boulogne-sur-Mer, Wimereux, Hardelot and Le Portel.

Celebrating its 20th anniversary this year, Boulogne-sur-Mer’s Nausicaà is one of the most impressive sea centres in France. Its 46 aquaria are home to more than 35,000 sea animals, all sloshing about in 4.5 million litres of water.

Many of the water tanks are so captivating that they could pass for art installations as much as scientific exhibitions. Watch leopard sharks rub fins with Argentine perch and black nibbler. See jellyfish dance with their tentacles intertwined, and sea horses drape themselves on multicoloured corals.

Admire the sea lions as they perform their aquatic ballet, or the penguins strutting up and down the edge of their pool. There’s even an open-air tank where you can reach in and tickle cod, pollock, turbot and ray.
www.nausicaa.fr; adults €19 euros; children 12 euros.

2. LIVING AND WORKING BY THE SEA

Wherever you are in the Boulogne region, you’re never more than a couple of miles from the sea. The locals always have some sort of connection to marine culture, whether it’s in their home lives, their working lives or their free time.

To see this marine culture in action, take a trip to Le Portel-Plage where fishermen still use the old flobart boats to bring in their catch. These fat, round vessels, with huge prows to take them over the tall waves crashing into the beach, are so heavy that horses were once used to drag them in and out of the surf. Nowadays tractors have replaced them. 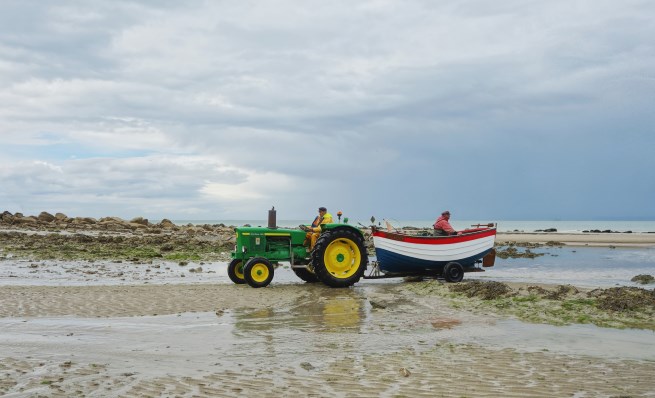 If you’re lucky you might persuade one of the fishermen to take you on a boat trip. But be ready for a serious splashing. The best time to experience the region’s marine culture is during the annual Fête de la Mer, in mid-July.

The Boulogne region prides itself on its family-friendly holiday resorts. One town, Hardelot, has just earned the label ‘Famille Plus’ thanks to the activities, accommodation and restaurants it offers to adults on holiday with their children.

Boulogne’s history as a holiday resort for Parisians and the well-heeled British, going back as far as the 19th Century, means there’s never a lack of tourist accommodation.

If it’s top-end you want, then there’s a huge choice of four-star hotels along the coast, or in Boulogne-sur-Mer’s old town. But there are also some stunning places further inland, such as the Château Hotel Clery, in Hesdin-l’Abbé, with its gym and beautiful gardens. Three-star and two-star are well catered for, too.

There’s no lack of bed-and-breakfast or self-catering accommodation either. For something really authentic, try the quilles en l’air (keels in the air), at the Equihen-Plage campsite. These are boats that have been flipped upside down and converted into cabins with all the mod cons you’d expect. Surprisingly spacious inside, and with windows cut out of the hull, they range from two-bed to eight-bed in capacity. More traditional campsites are dotted all along the region’s coastline and further inland.

Boulogne-sur-Mer is France’s number one fishing port, with seafood caught here distributed all over France and the rest of Europe.

To find out just how fresh the produce is, saunter along the port, right in the centre of town, and spot the fishing boats that ply their trade here. Nearly every one has its own stall in the fish market (Halle à Marée) so that morning shoppers can choose produce that, just hours before, was swimming offshore: crab, lobster, langoustine, mussels and just about every Atlantic fish you’d care to grace your plate with is available, 70 species in all. Some of them still wriggling.

While the Boulogne region is too far north to produce its own wine, it more than makes up for it in local food specialities. Don’t miss the shellfish, smoked haddock, mackerel or herrings, sole meunière, any of the mussel recipes (nature, crème, fromage, marinières), or a three-fish treat called la gainée boulonnaise.

Cheese is the other regional speciality. One of France’s best-known cheese-makers, Philippe Olivier, is based here and produces classics such as Dome de Boulogne, Ecume de Wimereux and Le Vieux Boulogne. Beware of the latter, said to be the smelliest cheese in the world.

To wash all this down you might want to try the local beers, such as Silviacus. One brewer has even combined the best of his beer with the best of the cheese, creating la bière à Frometon. Be adventurous.

For a really genuine culinary experience, search out La Brasserie Le Chatillon, a restaurant right in the heart of Boulogne-sur-Mer’s industrial port. It doesn’t look to be anything special from the outside, and it’s best described as no-nonsense on the inside, but the food is reputed to be some of the best in the whole town. Here you’ll find customers from just every walk of life. Dockers, lorry drivers, tourists and company directors all come to enjoy the cheap, simple and very fresh fare on offer. Especially good is the assiette de pêcheur and the paella du Chatillon.

Thanks to its position at one of the narrowest sections of the English Channel, the Boulogne region has always been a strategic location, its various fortifications proof that it has often had to defend itself.

It was here that Julius Caesar prepared his troops for his invasion of ancient Britain. Centuries later Napoleon had the same idea and mustered his troops here, but fortunately for the English his plans were thwarted when Nelson won the Battle of Trafalgar in the south.

In Boulogne-sur-Mer itself, it’s well worth taking time to visit the belfry (a Unesco World Heritage Site), the 13th Century castle-museum and ramparts, and the Notre-Dame basilica and its romanesque crypt.

In Le Portel-Plage there’s the Fort d’Alprech and the Fort de l’Heurt. Then in Wimereux there’s the Fort de la Crèche. Especially impressive is the Colonne de la Grande Armée, just outside Boulogne-sur-Mer, a 53-metre high column built on the spot where Napoleon gathered the 180,000 troops with whom he hoped to sail to England. Atop the column is a statue of the man himself, his back permanently turned on the country he never managed to invade.

Thanks to its stunning beaches – more than 25kms of continuous golden sand stretches from north to south – the region offers some of the very best sand and water sports. Whatever you do, don’t miss trying sand-yachting where, using three wheels and a sail, you could reach speeds of over 100mph as you zip along the hard sand on the beach. If you fancy getting wetter, there are some excellent spots for wind-surfing and kite-surfing.

More traditional sports are well catered for, too. Boulogne-sur-Mer is after all the home town of footballer Franck Ribéry. He’s in good sporting company: as well as three excellent 18-hole golf courses, and a sports centre with swimming pools and an ice rink, there are also horse-riding, mountain biking and hiking trails. The region’s sporting pedigree is so strong that 12 Olympic teams have chosen to base their 2012 Olympic training camps here.