12 Most Iconic Châteaux of Île-de-France 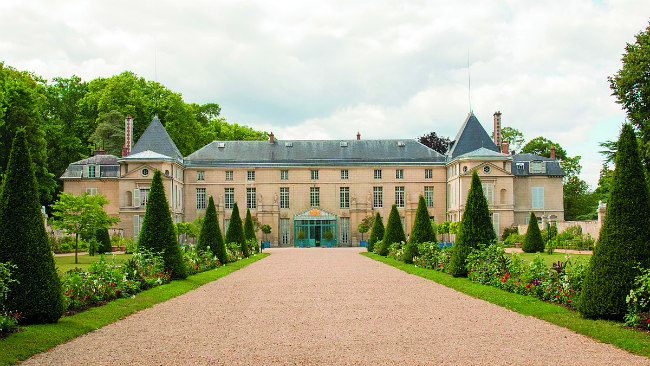 You can’t move for châteaux in this historic region: from a pied-à-terre fit for a king to a Modernist masterpiece.

Along with the Tuileries, it was the headquarters of the French government from 1800 to 1802, and Napoleon’s final residence in France at the end of the Hundred Days in 1815. Joséphine de Beauharnais settled there permanently after her divorce from the emperor in 1809. Website: musees-nationaux-malmaison.fr 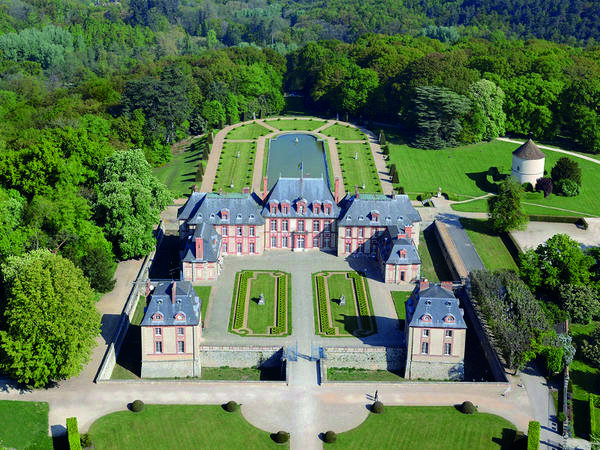 Hop on the château’s famous Charles Perrault fairytale trail and make your merry way around the wash house and stables to behold the (kitsch, but no less fun) recreations of the standout scenes from his beloved stories, including Sleeping Beauty, Puss in Boots and Cinderella. Website: www.breteuil.fr 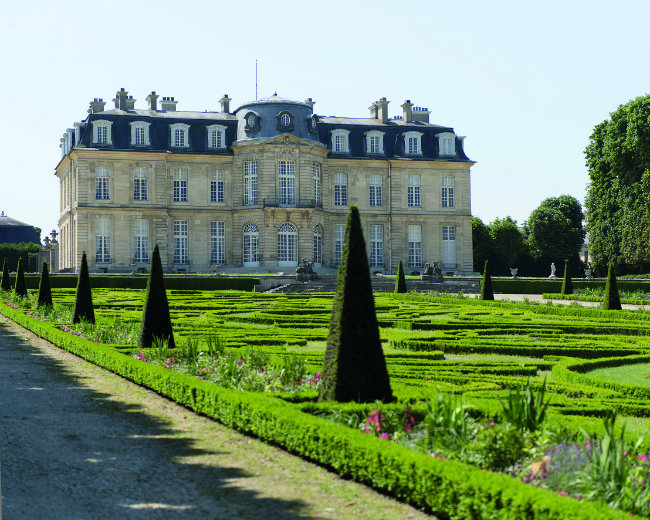 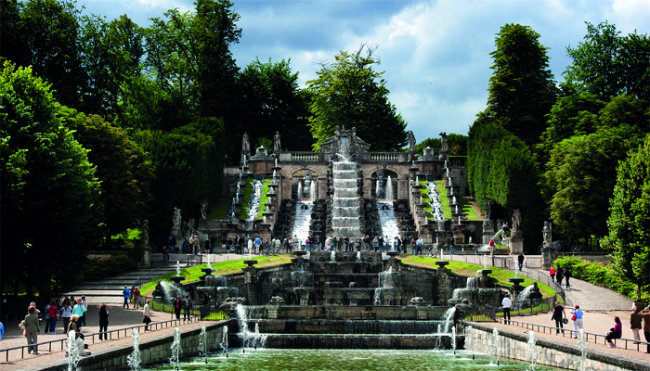 Nothing remains of the royal palace of Saint-Cloud, which burnt down in 1870 – but its stunning park designed by Le Nôtre is a Sunday stroll favourite with Franciliens. Every September revellers flock to the domaine, just a stone’s throw from the capital, for its famous reworks display. Website: www.domaine-saint-cloud.fr 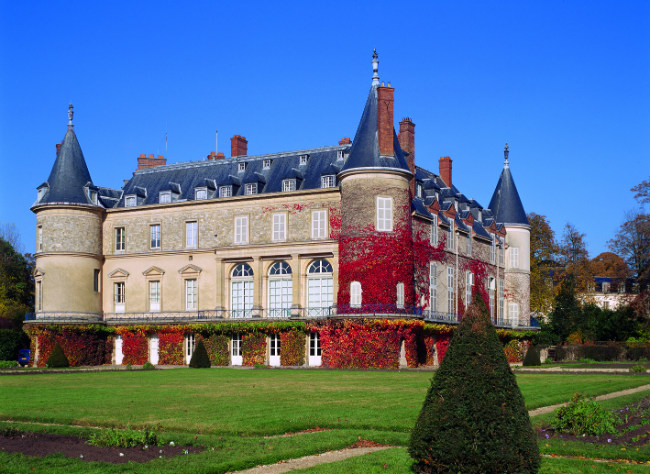 King Francis 1 breathed his last at this splendid pile. Coveted by Republicans, it subsequently became the official presidential summer residence and remained so until 2009. Explore the Anglo-Chinese jardins and drop by the Shell Cottage to see how the other half lived. Website: www.chateau-rambouillet.fr 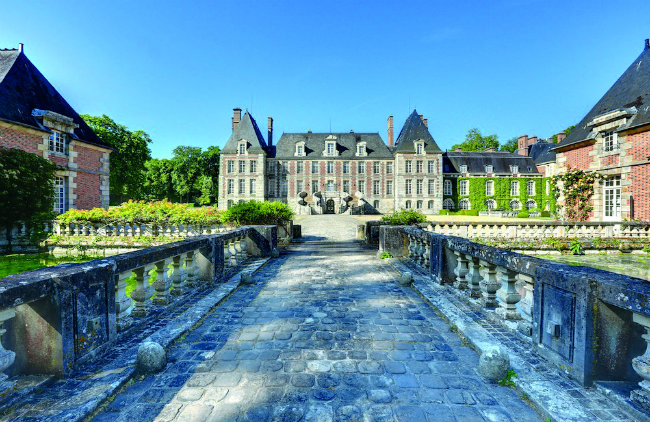 Courances’s Renaissance ‘water garden’ has been hailed as one of the grandest in France (though it is not the handiwork of Le Nôtre as was once thought). You’ll have to plan ahead to get a look-in as the private château is only open to the public from March to November. Website: courances.net 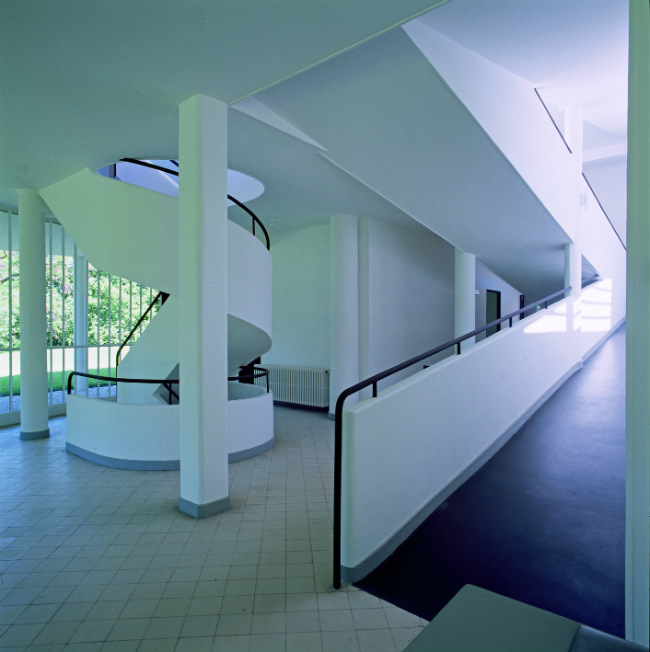 Though not strictly speaking a mansion, some would argue that this concrete monolith is Le Corbusier’s answer to regal châteaux. Love it or loathe it, the imposing Villa Savoye is undeniably a Modernist masterpiece and the architect’s crowning glory. Website: www.villa-savoye.fr

A ‘troglodyte’ manor house hewn right out of the rockface, the striking Roche-Guyon is a refreshing oddity. A fortified keep towering over the valley below can be accessed from the château via a secret passageway. Website: www.chateaudelarocheguyon.fr 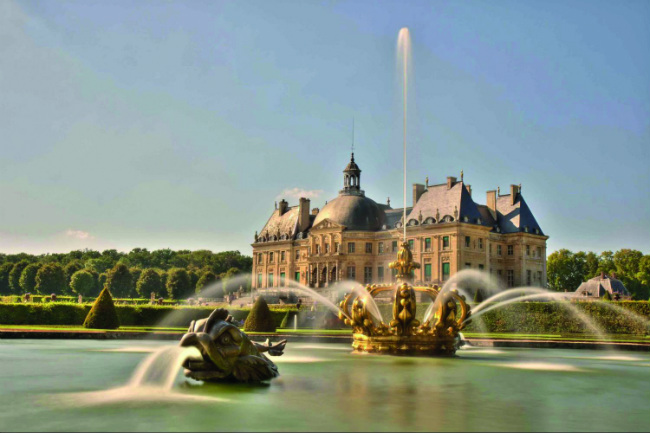 The lavish model for Versailles, Vaux-le-Vicomte was at the centre of one of the greatest scandals in French history. Its profligate owner, Fouquet, fell victim to court machinations and was sentenced to life in prison for embezzling crown funds. Website: www.vaux-le-vicomte.com 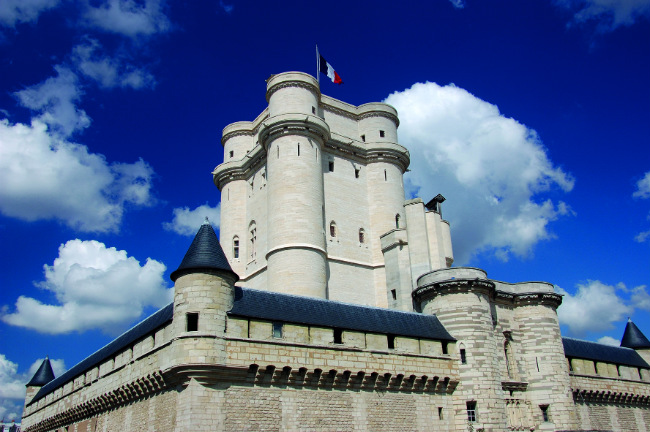 A medieval royal fortress turned prison, Vincennes has seedy stories in spades. Fouquet, Diderot and the infamous Marquis de Sade feature among its noble inmates. The Marquis was so insufferable he was eventually exiled to the ground floor to give his fellow inmates a little peace. Website: www.chateau-de-vincennes.fr 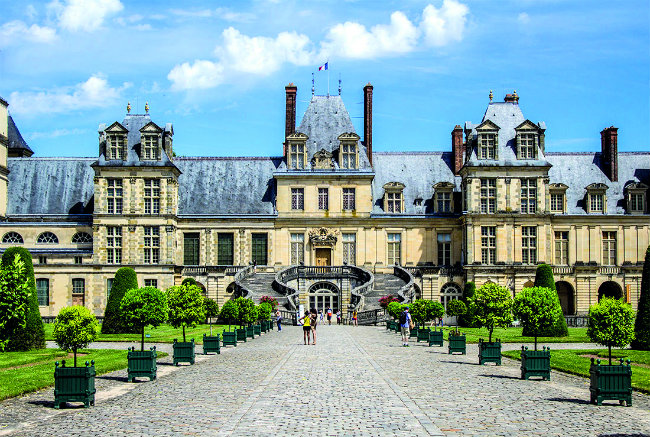 Talk of getting down with the kids! The royal country retreat’s Chapelle de La Trinité was recently the backdrop for pop diva Lana Del Rey’s music video, Born to Die; in which the pin-up serenades her absent lover from a throne flanked by tigers. Website: www.chateaudefontainebleau.net 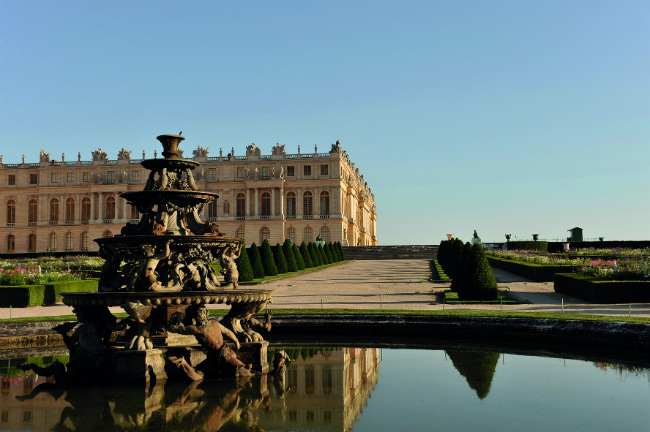 The most famous palace in the world, Louis XIV’s monumental pied-à-terre needs no introduction. Though we’d wager many of you have yet to experience the delights of the Eaux Musicales fountain show or snoop round the Hameau de La Reine. Don’t waste another second! Website: chateauversailles.fr