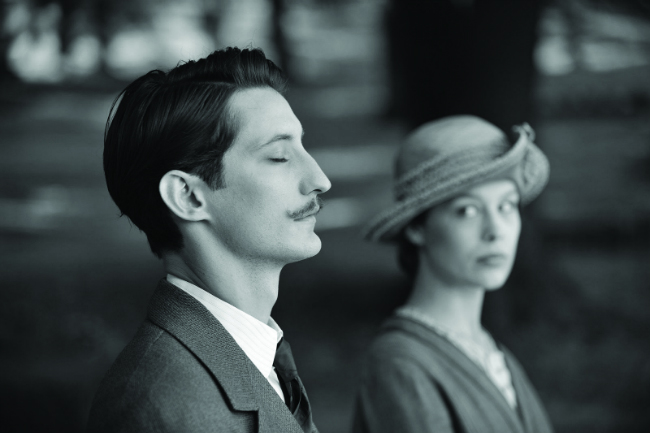 Acclaimed director François Ozon (Potiche, Swimming Pool, 8 Women) heads into new territory yet again with this largely black and white, loose adaptation of Enrst Lubitsch’s 1932 drama Broken Lullaby. In a small German town after World War One, Anna mourns daily at the grave of her fiancé Frantz, killed in battle in France. One day a young Frenchman, Adrien (Pierre Niney), also lays flowers at the grave. His presence so soon after the German defeat ignites passions.

German actress Paula Beer gives a stunning performance in the lead role as Anna, who is struggling to overcome the loss of her fiancé. As her journey unfolds the movie follows an intricate plot path combining elements of romance, mystery and emotional development which are wrought together with great subtlety.

Appropriately for a period piece with such a deep emotional charge, Ozon crafts each shot with sumptuous lyricism, only occasionally allowing the polished grey tones to burst into colour at key moments. The painterly quality is further enhanced with haunting visual references to the works of painter Caspar David Friedrich.

Frantz has been selected to compete at the Sundance, Venice, Toronto and BFI London film festivals. It was released in the USA in March and in the UK and Ireland in May.

Previous Article Le Negresco: A Living Art Hotel in Nice
Next Article Top Things to See and Do in Normandy