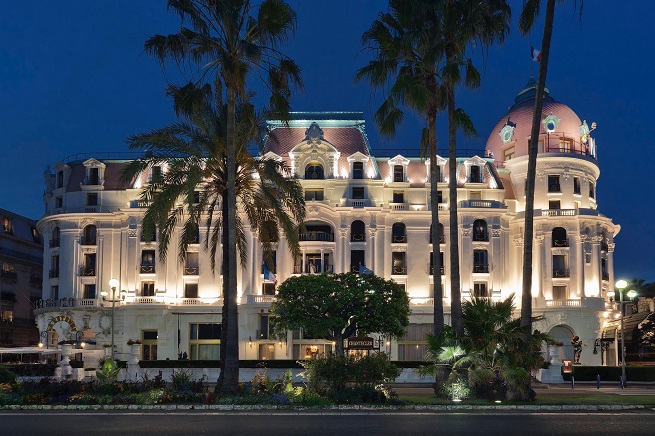 Welcome to a living art hotel set on Nice’s Côte d’Azur. Le Negresco opened its stately doors over 100 years ago, and quickly became known for its characteristically French art de vivre. Founded in 1912 by Henri Negresco, it changed hands in 1957, and it was Madame Jeanne Augier who dressed the hotel in lavish decor and furnishings. Even the doormen don elegant blue costumes in 18th century bourgeois fashion. With a collection of artwork spanning five centuries and some of France’s great masters, Le Negresco feels much like entering a museum. One in which artists’ Picasso, Dali and Chagall were regulars. A Baccarat chandelier with over 16,000 crystals hangs in the Royal Lounge, commissioned and in later years gifted by Czar Nicholas II. Modern sculptures by Niki de Saint Phalle are juxtaposed with historic works from Louis XIII’s reign, including a portrait of King Louis XIV. 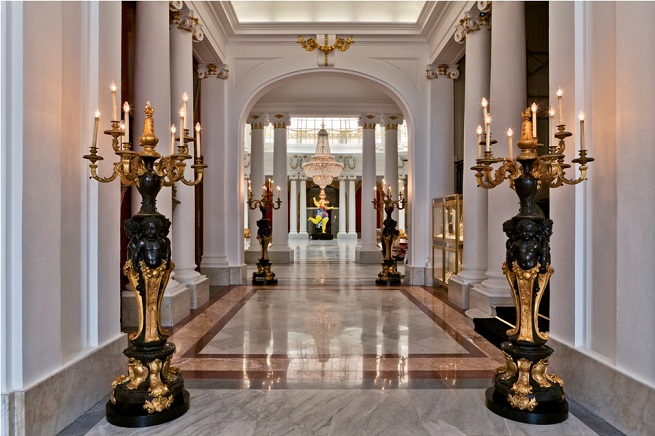 Each of the 99 rooms and 25 suites, not to mention the decorative corridors, transport you to another period of French art, either contemporary, baroque or classic, with period furniture to match. Last summer new rooms were added to the collection including the “Street Art” with wall hangings by Pierre Frey, and “Médicis” in Renaissance splendor. To complement the extravagant décor are stunning views, overlooking the Bay of Angels or the lush gardens. 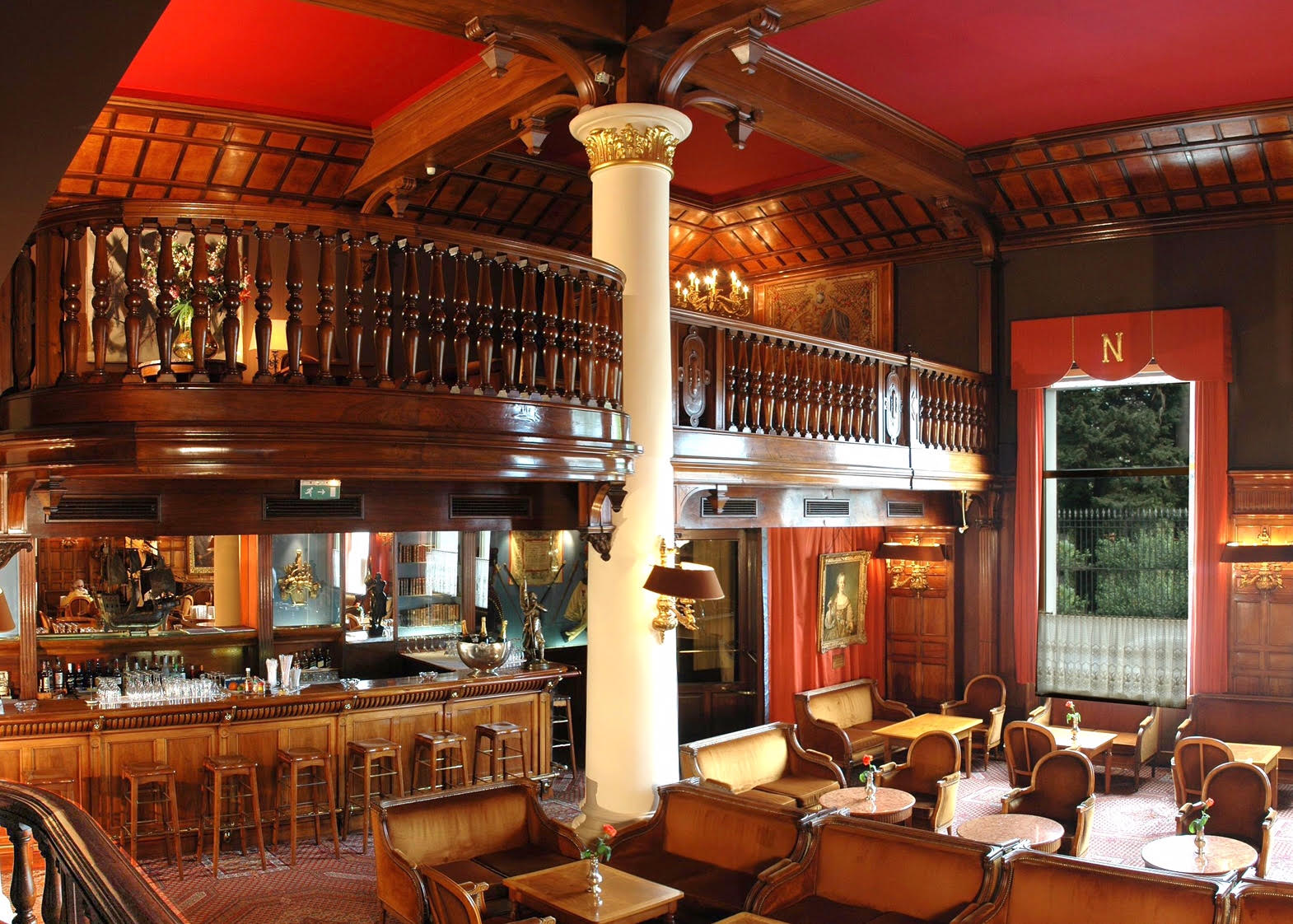 Dining options include Nice’s top address Le Chantecler. Two-star Michelin chef Jean Denis Rieubland will awaken your senses to refined Provençal cuisine, paired with a selection of 15,000 wines. For lighter fare that fits the jovial ambiance, enter La Rotonde, an animated 18th century carousel dedicated to families and joie de vivre. On warm days the adjoining terrace is open for views to the sea. Following dinner, retire to the recently refurbished Le Negresco Bar, with walnut woodwork dating to 1913 and a tapestry hailing from 1683. Unwind with a cocktail as live jazz fills the air or a DJ plays a set of modern tunes.

To add to Le Negresco’s unique presence on the Promenade de Anglais, it’s the first 5-star hotel on the French Riviera to be granted the socially responsible certificate Ecolabel. The use of local products in both cooking and hospitality take priority. In 2015 it was awarded the prestigious label of Living Heritage Company for its stellar services and French know-how. Another reason why Hotel Negresco belongs in a class all its own. 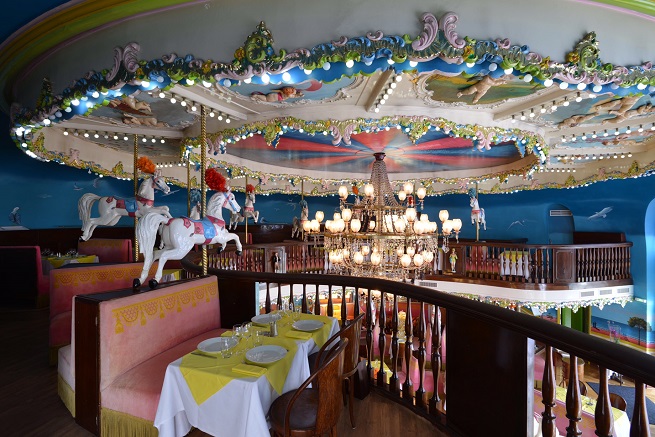 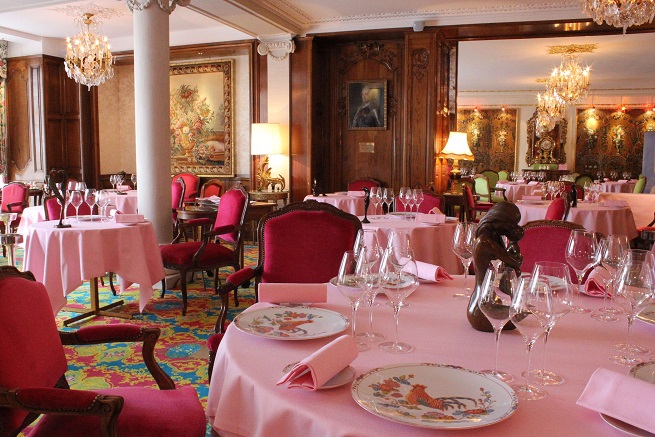 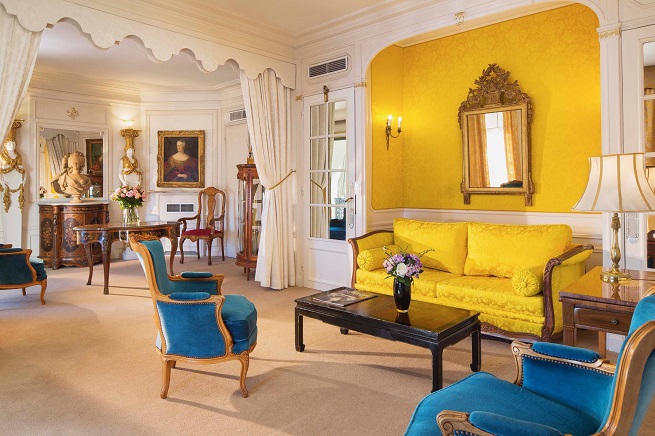 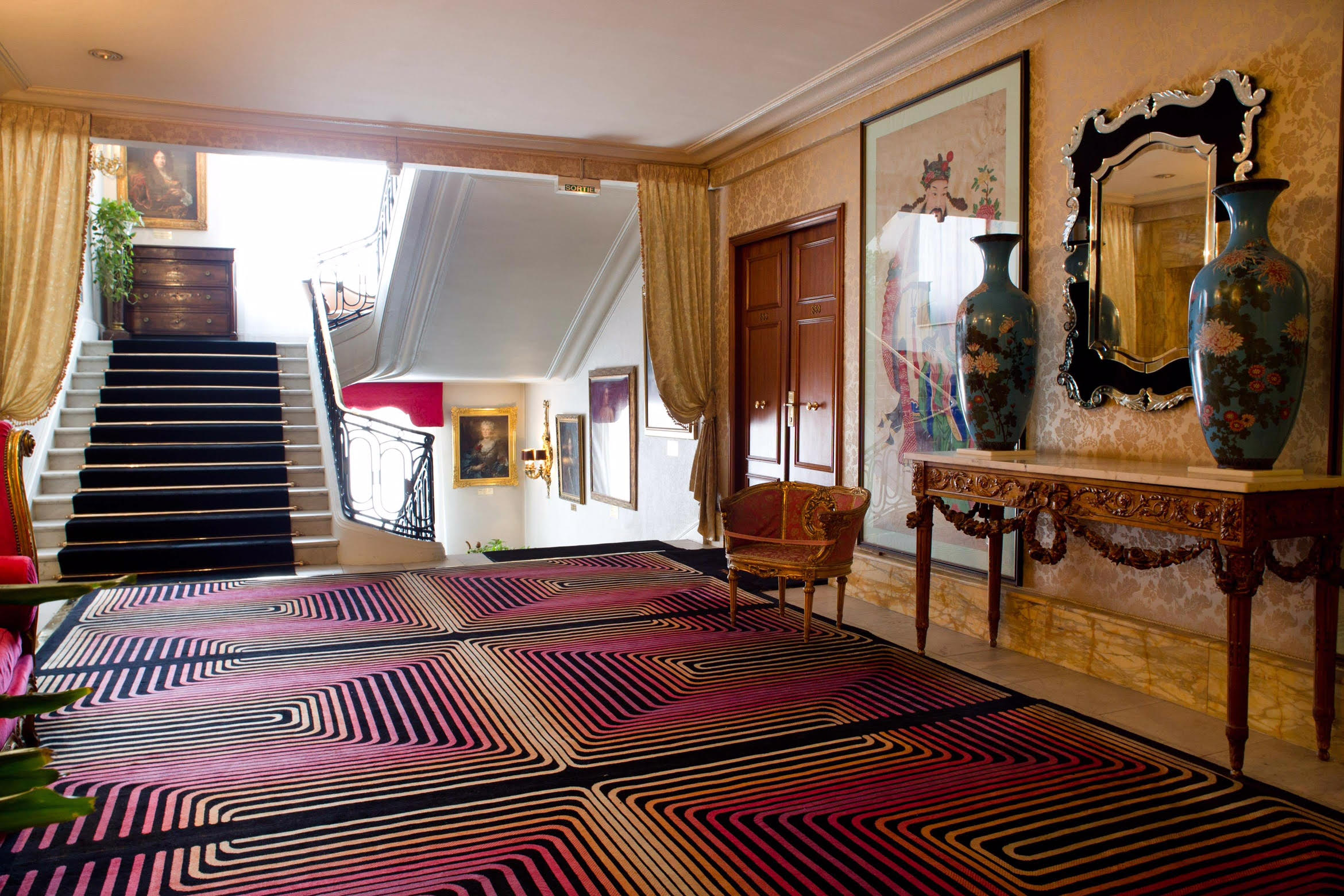