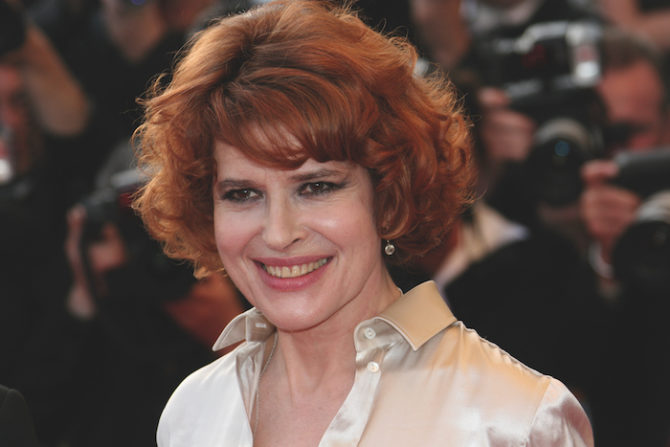 One of France’s leading ladies and sometime muse to François Truffaut, the legendary actress and director has a new César award on her mantelpiece

She was François Truffaut’s muse, has made over 80 films in her 44-year career, has directed Gérard Depardieu in the role of Stalin, staged Sondheim’s Passion… and her star shows no sign of waning: last year, at the age of 70, Fanny Ardant picked up the César for best supporting actress for her role as Marianne Drumond in romantic comedy La Belle Époque.

Ardant was born in Saumur in 1949 into a military family and grew up in Monaco until, at the age of 17, she upped sticks for Aix-en-Provence where she studied international relations at the Institut d’études politiques. She could have enjoyed a very different career but by the early 1970s she had caught the acting bug.

It didn’t take long for the world to sit up and take note. Ardant was soon gaining international acclaim for her movies, including her 1981 performance opposite Gérard Depardieu in La femme d’à côté (The Woman Next Door). It was directed by none other than François Truffaut and won her both a first César nomination (for best actress) and the affections of Truffaut himself, with whom she went on to have a daughter, Joséphine, in 1983. In 1997, she won her first César, for best actress in the comedy Pédale Douce, directed by Gabriel Aghion, in which she plays Eva, the manager of a gay bar and best friends with drag queen Adrien Aymar (Patrick Timsit), who runs into difficulties with his boss in his humdrum day job.

By 2009, Ardant had taken a step behind the camera, working as director and screenwriter on Cendres et sang (Ashes and Blood) and in 2010, directing the short film Chimères absentes (Absent Chimeras), which highlights the problems faced by the Romany people of Europe, a cause Ardant is passion about. 2016 saw her direct Dépardieu as Stalin in Le Divan de Staline (Stalin’s Couch), while on stage, she has directed Sondheim’s Passion in Paris and Lady Macbeth of Mtsensk at the Greek National Opera. Her latest award-winning role of Marianne in La Belle Époque sees her married to Victor (Daniel Auteuil), a man who through an historic reenactment company, attempts to rekindle their lost love. And love, it seems, is Ardant’s raison d’être, as she has explained many times in interviews over the years. “The only thing I’ve ever believed in, at the risk of seeming sentimental, is love,” she once told the Guardian newspaper.

Early career: She made her first appearance on stage in 1974 and her first movie in 1976. By 1981, she was working with the legendary auteur François Truffaut.

I know the face… With more than 80 movies under her belt, not to mention turns behind the camera, as well as the staging of several musicals and operas, Fanny Ardant is without doubt one of France’s leading ladies… you’re unlikely to have missed her!

Where will we see her next? Her latest film ADN (DNA), written and directed by Maïwenn, was due to premiere at Cannes, but then was pushed back to premiere at the Deauville Film Festival in September 2020. It tells the story of Neige, whose Algerian grandfather raised her, keeping her safe from her toxic parents. His death triggers family tensions.

C’est pas vrai! Ardant starred in the video for Elle me dit by pop singer Mika in 2011.