The French Lover in Cinema 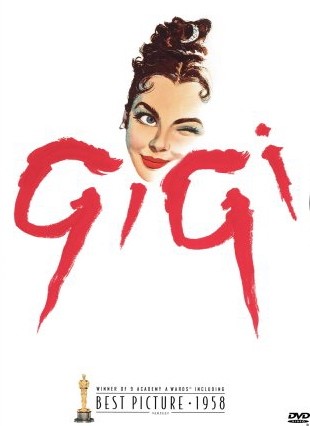 Since time immemorial, much has been written about the legendary French lover. (See Cherchez l’Homme by Stanislas Kraland in France Today July/August 2010.) A look at cinema’s evolving image of the French lover over the years:

The archetype of the French lover was born in the 1930s and 1940s, and seduced Hollywood through the talent of Charles Boyer (Love Affair, Leo McCarey, 1939; Gaslight, George Cukor, 1944) and Maurice Chevalier (The Merry Widow, Ernst Lubitsch, 1934). In France Jean Gabin embodied the French lover in films such as Le Quai des Brumes/Port of Shadows (Marcel Carné, 1938); and Gueule d’Amour/Lady Killer (1937) and Remorques/Stormy Waters (1941), both directed by Jean Grémillon.On both sides of the Atlantic the image of the French lover is that of a handsome, tongue-in-cheek, masculine man, who often speaks with a distinctive working-class Parisian accent. He is a sensual and passionate seducer, always eager to fall in love, if only for a moment, and doesn’t take no for an answer. In 1945 the Looney Tunes cartoon character Pepé Le Pew—an amorous skunk—was created based on the charming gangster personified by Gabin in Pépé le Moko (Julien Duvivier, 1937) and by Boyer in the American remake, Algiers (John Cromwell, 1938).

The French lover’s persona remains much the same in the 1950s, although not necessarily working-class. One representative in Hollywood was Yves Montand in Let’s Make Love (George Cukor, 1960), a film more famous for the scandalous affair between Montand—then married toSimone Signoret—and costar Marilyn Monroe—then married to Arthur Miller—than for its artistic qualities. Another was Louis Jourdan in Gigi (Vincente Minnelli, 1958), in which he shares the screen with his older counterpart Maurice Chevalier, and Can-Can (Walter Lang, 1960).

In the 1960s French cinema was split between the old-school directors and the auteurs of the New Wave. Two actors assume the mantle of the French lover: Alain Delon and Jean-Paul Belmondo. Heartthrob Delon specialized in playing cold, enigmatic antiheroes in classic cinema (Plein Soleil/Purple Noon, René Clément, 1960; Il Gattopardo/TheLeopard, Luchino Visconti, 1963; La Piscine/The Swimming Pool, Jacques Deray, 1969). Belmondo,with his unconventional looks and raw talent, became an icon of the New Wave (A Bout de Souffle/Breathless, Jean-Luc Godard, 1960; La Sirène du Mississippi/Mississippi Mermaid, François Truffaut, 1969). Their screen personas were both departures from the suave French lover of the previous era, perhaps one reason neither ever made it in Hollywood. They remain two of the most beloved actors in France.

Following the social upheaval of the previous decade, in the 1970s the French lover became a sensitive rebel against society, a free spirit, by turns macho and feminist,and always surprising. The women he tried to seduce were his equals, sexually and socially, and he was not always up to the challenge. The 1970s French lover was incarnated by an incomparable pair of promising actors: Gérard Depardieu and Patrick Dewaere, in the iconic Les Valseuses/GoingPlaces (1974) and Préparez Vos Mouchoirs/Get Out Your Handkerchiefs, (1978, Oscar for Best Foreign Language Film), both directed by Bertrand Blier. Depardieu went on to enjoy international fame and become one of France’s most famous actors. Dewaere committed suicide in 1982 at the age of 35.

The 1980s saw a return to more traditional themes in action movies that were the box-office successes of the decade, including Les Spécialistes (Patrice Leconte, 1985), Le Ruffian/The Ruffian (José Giovanni, 1983), Tir Groupé/Shot Pattern (Jean-Claude Missiaen, 1982), Highlander (Russell Mulcahy, 1986) and Subway (Luc Besson, 1985), where muscular—although at times helpless and comical—men save the day. They were played by Bernard Giraudeau, Gérard Lanvin, Christophe Lambert and Jean-Hugues Anglade.