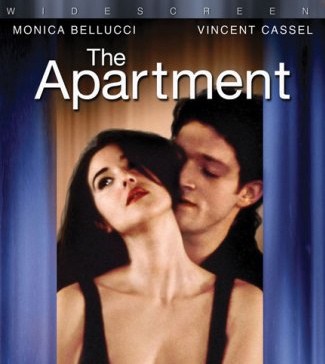 Signoret and Montand met in 1949 and married three years later. Active both in the movie industry and on the political scene, the actress and the actor-singer rose to stardom simultaneously. Although both achieved highly successful independent careers, they only made a few films together, notably Les Sorcières de Salem (The Crucible, Raymond Rouleau, 1957), Compartiments Tueurs (The Sleeping Car Murders, Costa-Gavras, 1965), L’Aveu (The Confession, Costa-Gavras, 1970) and Police Python 357 (The Case Against Ferro, Alain Corneau, 1976). Despite Montand’s many well-publicized affairs, most famously with Marilyn Monroe when they starred together in Let’s Make Love (George Cukor, 1960), the marriage lasted until Signoret’s death in 1985. Others: Madeleine Renaud & Jean-Louis Barrault, Simone Valère & Jean Dessailly, Michèle Morgan & Gérard Oury, Candice Bergen & Louis Malle

Karina was a young model in Paris when she married Godard in 1960. He was a young movie critic at the prestigious magazine Les Cahiers du Cinéma, on the verge of his big break as a filmmaker with his first film, A Bout de Souffle (Breathless). They quickly became an iconic couple of the New Wave and Karina starred in most of Godard’s acclaimed masterpieces of the 1960s—Une Femme Est Une Femme (A Woman is a Woman, 1961), Pierrot Le Fou (1965), Alphaville (1965), Made in U.S.A. (1966). Together they also created a film production company. In 1967 Godard left Karina to marry actress Anne Wiazemsky, and it can be argued that his filmmaking has never been the same. Others: Stéphane Audran & Claude Chabrol, Fanny Ardant & François Truffaut, Ariane Ascaride & Robert Guédiguian, Sabine Azéma & Alain Resnais, Sophie Marceau & Andrzej Zulawski

Mastroianni and Deneuve were both married when they began their affair in 1971. Deneuve divorced, but Mastroianni stayed married till his death in 1996. Deneuve and Mastroianni separated in 1975 but remained close friends, and Deneuve was by his side when he died. They worked together in several very popular Franco-Italian productions in the 1970s including Ça n’Arrive Qu’Aux Autres (It Only Happens to Others, Nadine Trintignant, 1971). Their daughter Chiara Mastroianni, born in 1972, started her acting career at the age of 7, appearing with her mother in A Nous Deux (Us Two, Claude Lelouch, 1979), and has since won acclaim on her own in such films as Un Conte de Noël (A Christmas Tale, Arnaud Desplechin, 2008) and Les Chansons d’Amour (Love Songs, Christophe Honoré, 2007), among others. Others: Odette Joyeux & Pierre Brasseur, son Claude Brasseur; Nathalie Baye & Johnny Hallyday, daughter Laura Smet; Bernard Giraudeau & Anny Duperey, daughter Sara Giraudeau; Jane Birkin & Serge Gainsbourg, daughter Charlotte Gainsbourg

Actor Cassel (recently seen in Black Swan) and actress and sex symbol Bellucci are another example of a glamorous Franco-Italian couple—they met on the set of L’Appartement (The Apartment, Gilles Mimouni, 1996) and have appeared together in several other films including the controversial and intense Irréversible (Irreversible, Gaspar Noé, 2002). More conventional than some of their elders, they have been married since 1999 and have two daughters. Others: Marion Cotillard & Guillaume Canet, Charlotte Gainsbourg & Yvan Attal, Vanessa Paradis & Johnny Depp

You can watch trailers of many of these films on www.youtube.com.

Originally published in the April 2011 issue of France Today

Previous Article Shall I Compare Thee to a Chardonnay?
Next Article Steel Swoop