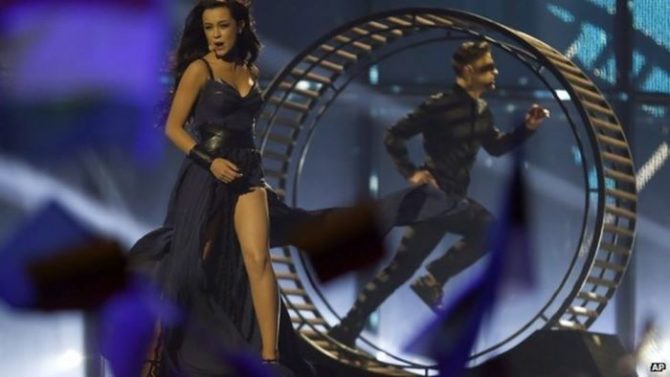 May 22 could be a red-letter date for the French language, because that’s when the winner of the Eurovision Song Contest will be announced.

Two of the favourites — France and Switzerland — are both represented by acts singing in French. Another favourite, Malta, has a song with a French title. Is French having a moment? 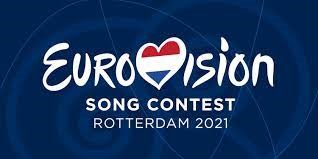 For those of you not familiar with Eurovision, it’s a continent-wide song contest that goes back to the 1950s. Each country selects an act, which performs an original song, and the winner is chosen via a complicated voting system. Hundreds of millions of viewers tune in to the Eurovision Finals, making it the Olympic Games of music.

The best-known winners are ABBA in 1974 and Céline Dion in 1988. Check out ABBA singing Waterloo, in groovy 1970s threads:

Eurovision has been in the public eye lately, with Netflix’s hit comedy Eurovision Song Contest: The Story of Fire Saga, starring Will Farrell and Rachel McAdams. The movie’s big song was even nominated for an Oscar!

Eurovision’s songs tend towards earnest ballads, like this one from France last year.

But Eurovision also has a tradition of offbeat performances, which is why people like me love it. Who can forget the Bearded Lady? Or the dancing gorilla? Or my all-time favourite, the man running inside a hamster wheel.

The nod for this year’s most offbeat act goes to Moldova. It features shirtless men in fuchsia tuxedos, and I especially like the giant dancing ice cream cones. It’s classic Eurovision!

France’s entry is an interesting mix of the traditional and the offbeat. Yes, it’s an earnest ballad, and a nice one at that. But who are those odd, faceless characters? Perhaps it’s time to bone up on existentialisme.