In the Footsteps of Disney in France

The founding father of one of the most famous American brands of all time, Walt Disney has his own well-deserved star on the Hollywood Walk of Fame – yet little do most passers-by know that his roots can actually be traced back to a diminutive dairy town in Normandy, far from any major tourist trail. The distinctive lion crest on the gates of California’s Disney World also tends to go unnoticed by the millions of annual visitors, but it is actually a subtle nod to his Norman ancestry.

To romanticists, some of Disney’s rags-to-riches tales are not merely stories but real-life re-enactments of a French family’s rise from rag-clad soldiers to revered war heroes favoured by the King. Without their bravery in battle and loyalty to a power-hungry French duke, they might never have held the rights to the Disney surname at all. Surely not… mais oui! Enter Hugues Suhard, an 11th-century resident of the coastal village of Isigny-sur-Mer. Aged just four, he’d looked on as eight-year-old William the Conqueror – also known, rather less flatteringly, as William the Bastard due to his father’s indiscretions – became Duke of Normandy. It was an era characterised by raids, bloodthirsty battles and struggles to the death for dominion – and, as he grew up, William’s own ambitions proved to be no exception. 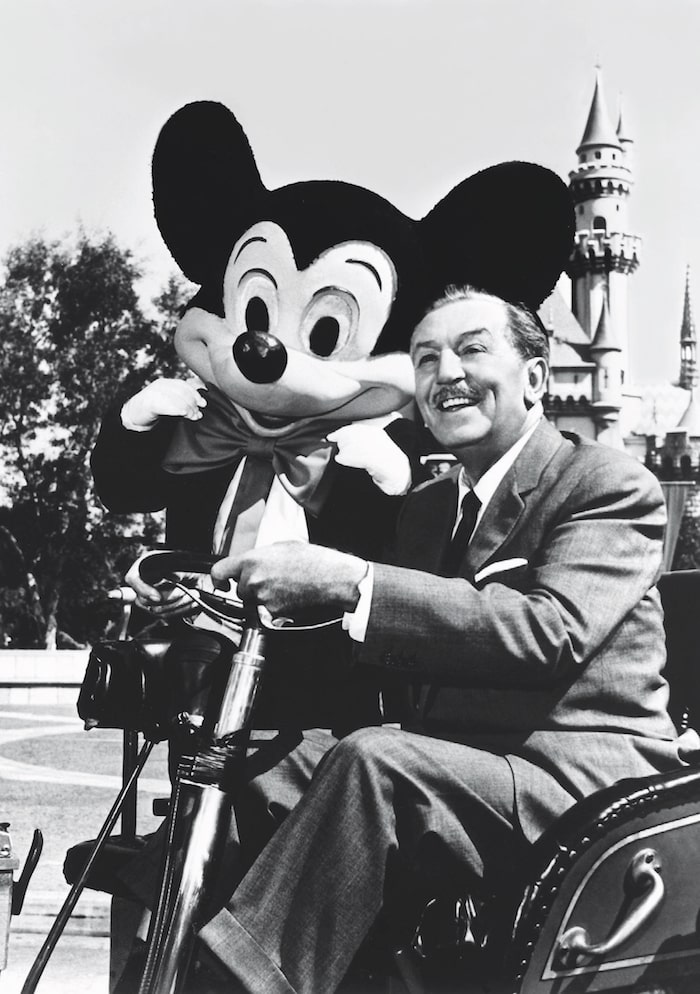 Walt Disney with Mickey Mouse, his most famous creation

William was forever cantering around the streets of Normandy demanding the payment of taxes and tolls, which made him unpopular with cash-strapped locals. His opponents were constantly taunting his illegitimate parentage, a cruelty made worse by the fact that his father had died when he was a mere child. Plus, despite his royal blood and impressive wealth, love interest Matilda of Flanders refused him her hand in marriage. Eventually he used brute force to force her into marriage, pulling her violently off her horse by her hair. All things considered, William had accumulated a lot of rage – a wrath so strong that it would spark the Battle of Hastings. In September 1066, accompanied by thousands of warships, William and his army stormed Sussex. Within weeks he had conquered England, and by Christmas Day he was crowned King. Yet he never forgot Hugues, one of his few loyal friends. He and his son Robert had battled skilfully alongside him and, in honour of their dedication, he awarded them official titles – the Lords d’Isigny. They anglicised their name to ‘Disney’ and accepted William’s offer of land in Norton Disney, Lincolnshire, where they settled permanently.

Several centuries later, their descendants were offered land by Oliver Cromwell in Ireland, before Walt’s great-grandfather finally set sail for the USA. Fast forward to WWI and a teenage Walt Disney – the founder of the brand we know today – was proving that the patriotic fighting spirit of his Norman ancestors was very much alive in him too. His initial career choice was also eerily similar. First there was an attempt to enlist in the military, just as two of his older brothers had. When that failed, he doctored ID documents so he could work as a Red Cross ambulance driver, despite being underage. This time he succeeded – and even after the war ended, his job continued, seeing him eventually return to his ancestral home of Normandy. 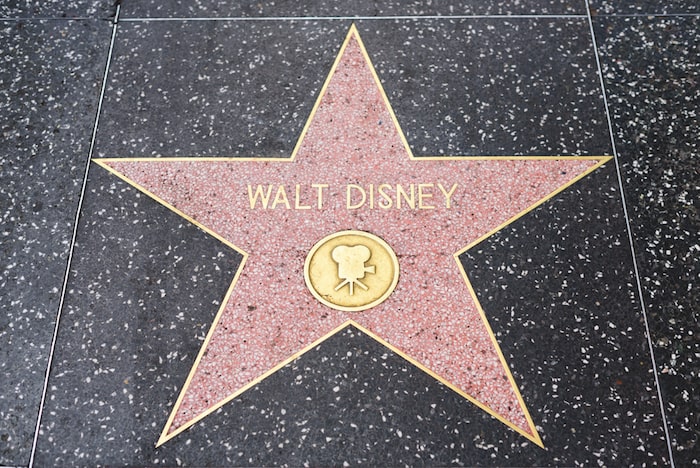 On December 4, 1918, just a day before his 17th birthday, Walt arrived in Le Havre on a crowded converted cattle ship. The journey was treacherous, with mines littered across the route, but he survived unscathed. Eventually taking the train to Paris, he visited the Hotel Regina near the Louvre and later the evacuation hospital at the Longchamp racecourse, where he served as a mechanic and driver. He would then move on to the village of Neufchateau. Whether repairing ambulances, driving army chiefs to casinos or serving up barely edible post-war dinners in a Red Cross canteen, Walt became a master of many trades. Yet there was one for which, even at his tender age, he was already admired: cartooning. The walls of his van in those days were filled with his sketches and caricatures. Within a year, he landed back on US soil, ready to set up his own studio, and the rest is history.

Today the brand – reportedly worth over $130bn – is synonymous with America; yet Disneyland Paris still displays tributes to Walt’s ancestry, for those who know where to look. Glance at the packet of butter on your dinner plate and you will find it emblazoned with the Isigny logo, or visit the Sleeping Beauty inspired by Perrault’s fairy tale and note the influence of Château de Chambord and Mont-Saint-Michel. 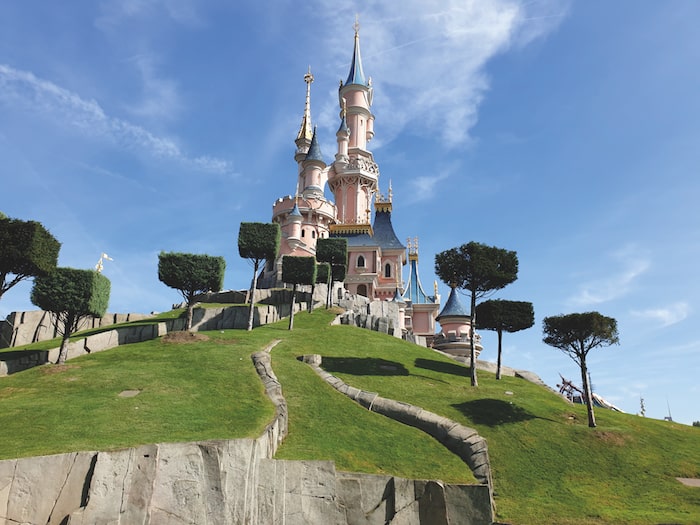 Beyond Disneyland, exploring the fishing village where it all began is another way to retrace history. Isigny is known for producing perhaps the creamiest and most delectable cheeses in all of France; and back in the 17th century, the region’s butter was so prized as a delicacy that the merchant ships carrying it were given military escorts. The Dupont d’Isigny biscuit factory produces world-class caramels, while the freshly caught mussels and oysters are unmissable. Then there is the former home of d’Isigny family members, the Château Monfréville. Accommodation here ranges from cosy cottages to glamping spots within the grounds, while the château is well placed for visits to the Bayeux Tapestry, Mont-Saint-Michel and the D-Day beaches. Here, the links to Disney’s little-known Norman past will never be forgotten.