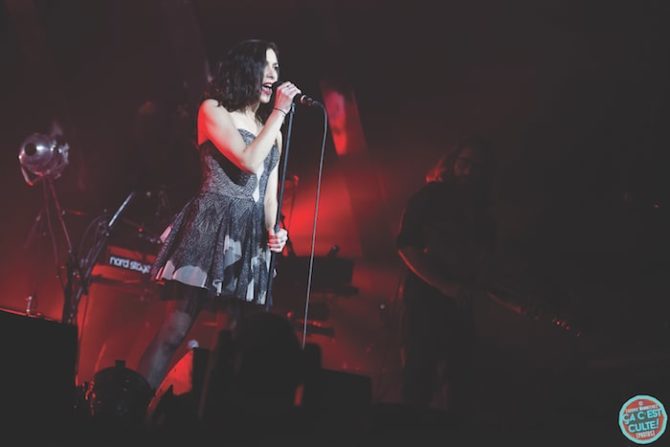 We celebrate the charming chanteuse

With her bright red lips and chocolate locks, Olivia Ruiz is instantly recognisable – a force of nature whose sultry, foot-stomping performances break out of the nouvelle chanson mould. The French-born chanteuse, with her proud Spanish roots, rose to fame after competing on Star Academy in 2001. Despite being pipped to the post in the semi-final by rival Jenifer (another beautiful brunette pop queen), Ruiz won over the public and went on to carve her own destiny, being crowned ‘Female Artist of the Year’ in the 2007 Victoires de la Musique.

Twelve years later, she’s racked up numerous awards and eight studio albums, not to mention a fiercely loyal fanbase. It’s hard to argue with reason – her music is infectiously catchy, with the sort of tinkly, mysterious quality that wouldn’t be out of place in a Tim Burton film. If you’re thinking that sounds suspiciously like rock band Dionysos, you’d be right on the money: frontman Mathias Malzieu and Ruiz used to be an item, and even collaborated on a number of songs for the 2013 gothic-fantasy animated film Jack and the Cuckoo-Clock Heart. See? Force of nature.

ARTHUR H: A brilliant pianist, who has worked both with Ruiz and Malzieu in the past. Amour chien fou. All Points