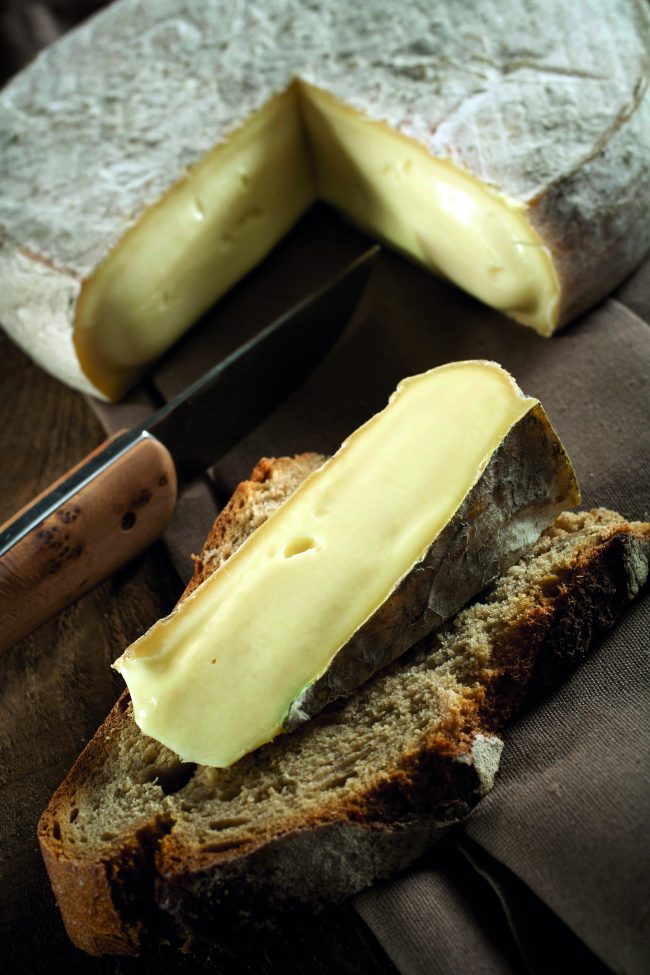 “Cow zenitude,” he grins, motioning to his “girls” placidly chewing the cud inside their pen. As if on cue, one of them sidles up to what can only be described as a car-wash roller and tilts her rump skywards for a rubdown. The “bovine equivalent of the massage chair”, the dairy farmer answers our puzzled stares. “The more relaxed the cow, the higher the milk yield and the better the flavour. My job is to relieve stress and the rest follows,” shrugs the owner of Ferme Randanne, the smallest Saint-Nectaire producer in Auvergne’s volcanic pastures.

But nothing beats the “hands-on approach”, he goes on. Which is why his business partner is currently training as a livestock osteopath and reflexologist. To minimise strain – and undue stress on their hefty behinds – his pampered herd also hunker down on cushy “memory mattresses”. Needless to say Jean-Valère’s unorthodox rearing methods have grabbed headlines – and tickled the imagination of the powers that be. Not least President Macron, who scheduled a visit during his whistle-stop tour of the region back in January, to witness this “cow zenitude” in action.

An honour Jean-Valère did not take lightly. Gripped by paranoia the night before (what if miffed competitors broke in and tampered with his precious wheels?), he slept with his cheese for peace of mind. “Imagine if he had got food poisoning?” booms the third-generation farmer. “I cellotaped everything so I could tell if the ‘seals’ had been broken. It was such a brief visit, he didn’t have time see the farm but he said he would come back in the evening. And low and behold he did.”

Jean-Valère’s jolly cows were the main event, of course. “He got a little bit too close to the horns. I was worried he’d get stabbed,” he says, a deep belly laugh bubbling up. “But it was fine,” he winks. “They were super zen.”

A semi-soft cheese with a dimpled sooty rind, Saint-Nectaire is made from Salers cow’s milk in the heart of Auvergne’s volcanic pastures. Matured on straw mats, this creamy number packs quite the whiff. Depending on maturity, its flavour palette ranges from light and milky to rich and earthy.