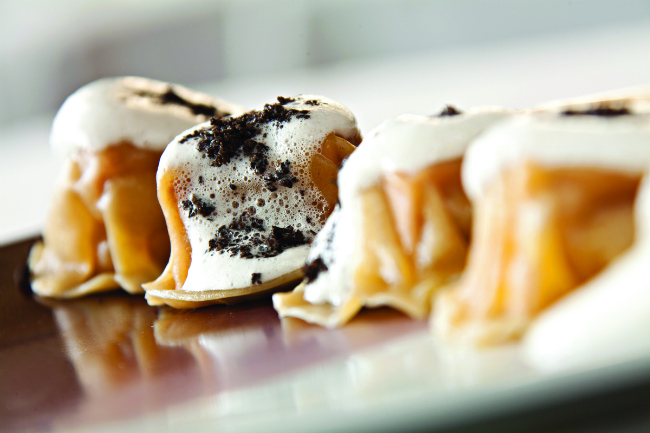 One of the questions I’m asked most often about Paris restaurants is also one of the most ponderable: where should we go for a special romantic meal during our visit? The problem, from my point of view anyway, is that romance is more a state of mind than a venue. But that said, there are certain restaurants in Paris that can facilitate or accentuate a romantic evening, and among them, perhaps the ultimate address is Le Grand Véfour, where chef-owner Guy Martin holds two Michelin stars and has now been cooking for 25 years. I hadn’t been to this restaurant for a long time, but found myself to be completely seduced by this place during a recent dinner here.

Why? Let’s begin with the setting, the pair of elegant, intimate 18th-century dining rooms with magnificent painted glass ceilings and wall inserts that are tucked in the Palais Royal in the heart of the city. The banquettes are upholstered in Burgundy velvet, the lighting is perfect, and the tables are arranged so that everyone has a perfect sightline, the latter factor and all the ormolu-framed mirrors promoting an atmosphere of discreet but convivial intimacy between the diners at any service. 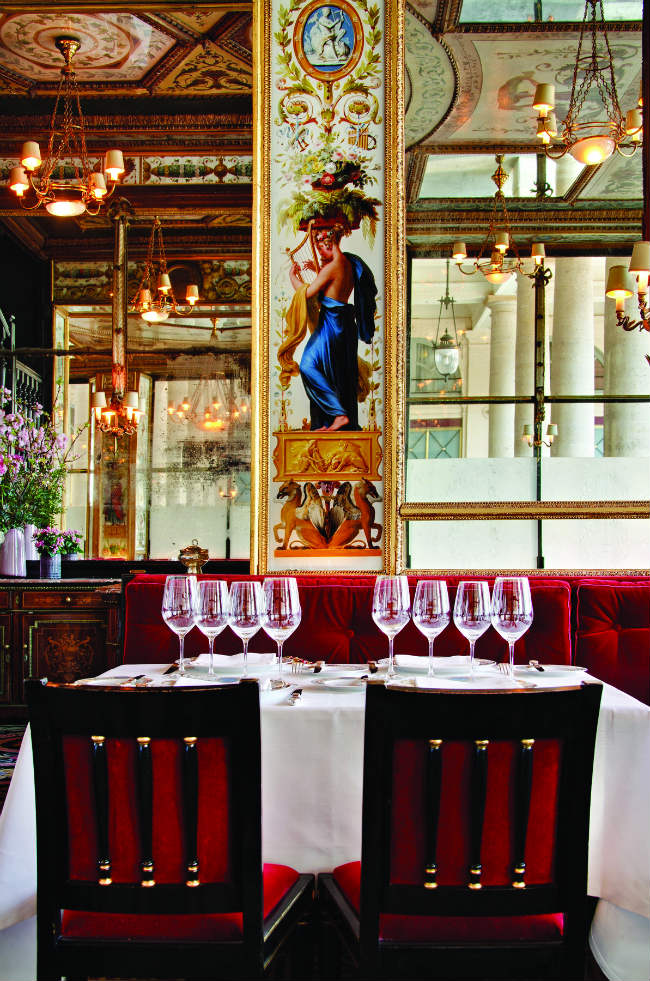 Almost no restaurant in Paris betters this one for courtly old-school service, but there’s nothing stuffy about it either. Instead, from the first moment you’re seated here, the staff will establish a personal complicity with every table that conveys the evening’s priority, which is that you should enjoy your meal as much as possible.

Guy Martin’s cooking is superb, too, including such classics as sumptuous ravioli stuffed with duck foie gras and garnished with black truffle shavings as a starter, and roasted pigeon Prince Rainier III, a main course that was originally created for the monarch. Martin also proposes a tantalising array of contemporary French dishes, including turbot lacquered in poultry jus with cucumber and mango, and an intriguing dessert of artichoke crème brûlée.

Whatever the occasion, a meal at Le Grand Véfour is itself a special occasion.