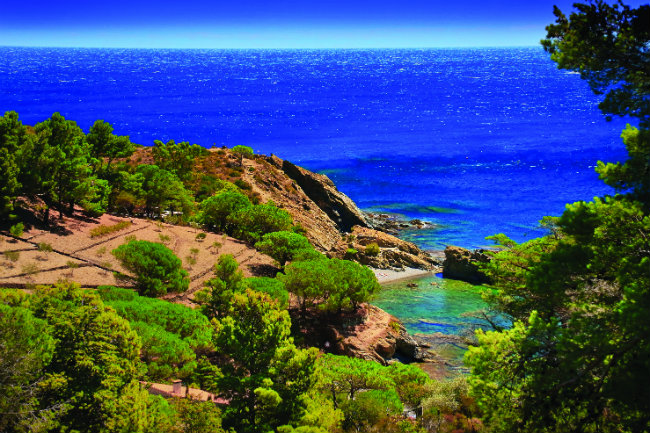 Draped along France’s Mediterranean coastline, from the Pyrénées in the west to the Cévennes mountains in the east, Languedoc offers a hugely diverse mix of terrain, culture, plantlife and wildlife…

And lots of it! The region’s climate is largely Mediterranean with hot dry summers, rainy winters, and moderate springs and autumns. After Corsica, it’s the hottest region in France, with up to 300 days of sunshine per year, and temperatures averaging between 13.5 and 15 degrees centigrade.

With many French regions landlocked, Languedoc has the added benefit of a Mediterranean coastline. It’s the perfect spot for a sun-kissed beach holiday, with a range of locations from the beautiful beaches of Villeneuve-lès-Maguelone to the lovely coves on the Vermeille Coast.

The region has 12 top golf courses ranging from the Cap d’Agde that winds along the shoreline, to the narrow Nîmes-Campagne lined with trees, to Font-Romeu, a nine-hole course at 1,800 metres up in the Pyrénées. So whatever your taste or handicap, Languedoc has a course for you. 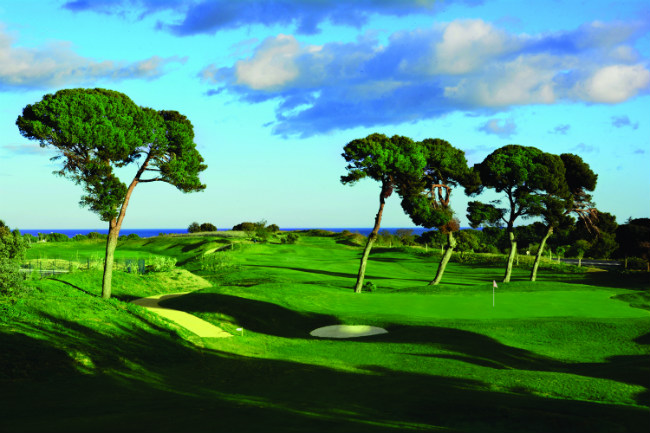 The region was heavily influenced by the expansion of the Roman Empire, which left many architectural wonders in its wake. Nîmes is home to the Temple of Diana, a huge amphitheatre and the Magne Tower – built in the 1st century BC but still offering views of the city to 21st-century travellers. Then there’s the grandeur of Pont du Gard, the world’s highest Roman bridge and a UNESCO World Heritage Site.

No trip to Languedoc would be complete without a visit to the UNESCO World Heritage Site of Carcassonne – the magnificent fortified town that dominates the Aude plain. And across the region, the rise and fall of Catharism left its mark with the castles of the Pays Cathare – a series of spectacular stone fortresses perched on cliff tops, such as the Château de Peyrepertuse, perched on an 800-metre-high crag.

Nature lovers should head for the Cévennes National Park in Lozère, a land of rolling hills and winding valleys, forested slopes and towering granite cliffs. The plateaus and gorges are dotted with farms, and you’re more likely to meet a wandering herd of cows or goats than other hikers in the vast and uniquely varied landscape.

The capital of the region – fabled for its quality of life – has much to offer with its blend of rich heritage and forward-looking modernism. The city’s medieval centre is neatly juxtaposed with contemporary new buildings such as the blue, angular City Hall. 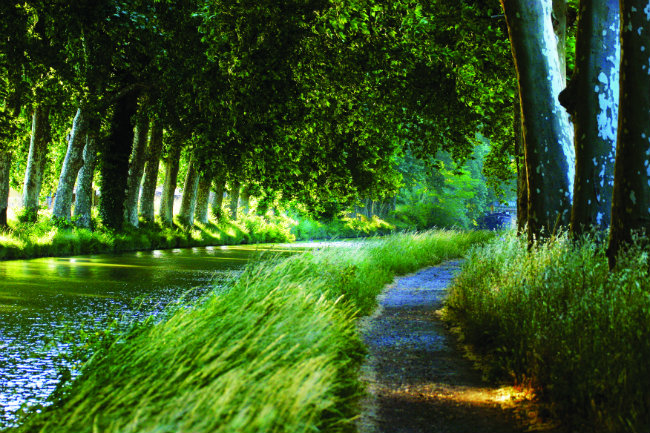 Built from 1667 to 1681, during the reign of Louis XIV, the canal now provides a serene place for long walks and bicycle rides, or languid barge journeys beneath the sun-dappled plane trees.

A vast sanctuary for flora and fauna, the Camargue is a land of salt marshes, sand dunes and reed beds; home to wild horses, black bulls, flamingoes and a huge variety of bird life to delight any nature lover.

For more information about the Languedoc region see: en.destinationsuddefrance.com